The Wall Street Journal sets out to explore the metamorphosis of Felix Kjellberg into YouTube superstar PewDiePie, a YouTube phenom who creates Lets Play videos for 27 million subscribers, but it's likely the only thing you're going to remember from the story is a single fact. 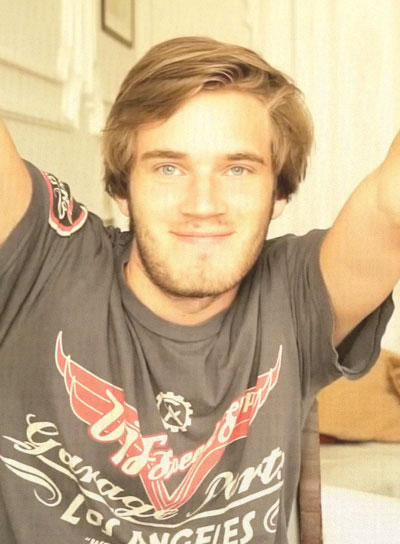 The YouTuber chalks up the following to the fact that his videos are, essentially, more raw.

"Unlike many professionally produced shows, I think I've established a much closer contact with my viewers, breaking the wall between the viewer and what's behind the screen," he said. "What I and other YouTubers do is a very different thing, it's almost like hanging around and watching your pal play games. My fans care in a different way about what they are watching."

Check out the full interview over at the Journal.

For much more on "Pewds" make sure you check out our deep dive into the man and the YouTube commentary revolution. In the Sept. 2013 story, he talks about the nature of his business, how he got into it and why YouTubers in general seem so willing to ban together.

It's worth noting that Kjellberg is involved in a number of charities including Charity: Water campaign, which raised nearly half a million dollars to bring clean water to those in need, and Save the Children, which helped to raise $630,000 for education, health and emergency programs for children around the world.