Share All sharing options for: The Wonderful 101 game director slept at the office for a large chunk of its development

Hideki Kamiya, the game director of mass hero action game The Wonderful 101, lived at the office for several months during the game's development, he shared on Twitter today.

"I was like living at office for 4 months when TW101," he wrote in response to a fan's question if he ever worked so long that he spent the night. "I slept in a meeting room with a sleeping bag." 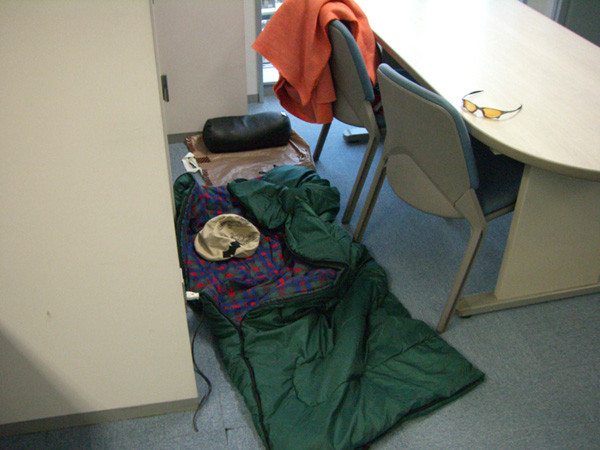 Major features were added late in The Wonderful 101's development, the game director said during a past Iwata Asks. This included the addition of the Multi Unite Morph mechanic a few months before the game was slated to launch and without the knowledge of Platinum Games producer Atsushi Inaba. The ability allows players to perform multiple, simultaneous Unite Morphs, where the heroes transform into weapons like a gun, sword or whip.

The Wonderful 101 originally started as a game that would bring together all-star Nintendo characters to fight together, rather than against each other. "It started out with an order from [Platinum Games CEO Tetsuya] Minami, saying 'Think up a plan to bring together world famous characters with Nintendo characters at its center, appearing all in one game,'" he said in the Iwata Asks, adding that the concept was scrapped due to its complexity.

You can find out more about The Wonderful 101 by reading our interview with Kamiya and checking out our review on the title.