Amazon's latest piece of hardware is the Fire Phone, a smartphone built to live in Amazon's ecosystem, and the company showed off some games running on the unique device during its unveiling in Seattle today.

Amazon is touting a unique feature it calls Dynamic Perspective, which Amazon CEO Jeff Bezos said would open up numerous opportunities for game developers. Unlike traditional Android-, iOS- or Windows Phone-based devices, the Fire Phone features four depth-sensing cameras that enable a tilt-based 3D effect. To pull this off, the device uses two cameras at any one time, depending on which ones offer the best view, to track the user's head. The visual effect appears to be similar to the stereoscopic 3D on the Nintendo 3DS; you can see it in action in the video below.

As the user moves their head, the screen will change. This is used in apps such as Maps, to bring in new information like Yelp ratings, and StubHub, to look around the venue. It also comes in handy for games — Bezos introduced a mobile game called To-Fu Fury in which the player tilted the phone to shift the camera's perspective on the game world. According to the Fire Phone's product page, Dynamic Perspective allows for players of BitMonster's Lili and Ezone.com's Snow Spin to move their head to look around or control a character's movement. And Amazon's in-house development team, Amazon Game Studios, will release exclusive new titles "later this summer."

On the hardware side, the Fire Phone features a 4.7-inch 720p LCD, a 2.2 GHz quad-core Qualcomm Snapdragon 800 CPU, an Adreno 330 GPU and 2 GB of RAM. It runs on Amazon Fire OS 3.5, a new version of the operating system tailored to the phone. Fire OS is a fork of Android. 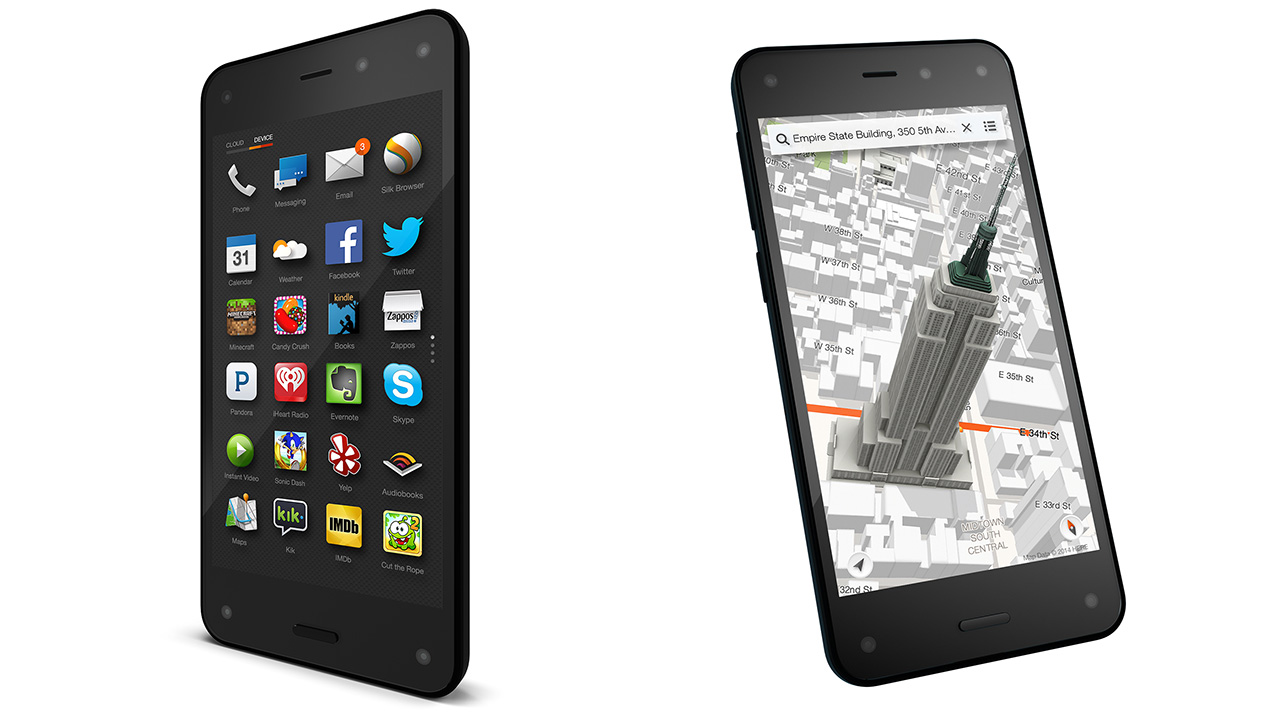