How much Dark Souls 2 is too much? The trouble with DLC

Share All sharing options for: How much Dark Souls 2 is too much? The trouble with DLC 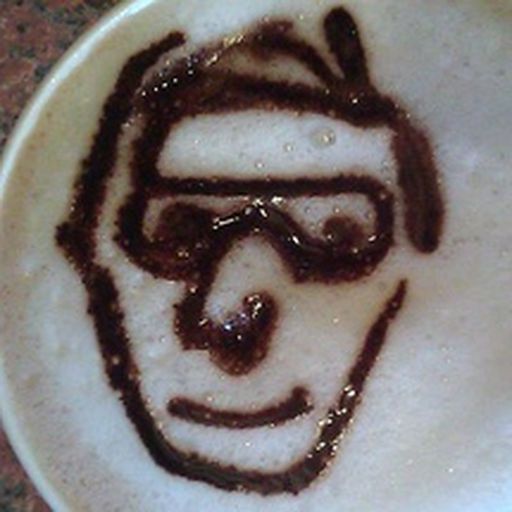 Shipping DLC can be a thankless business. The extra levels or leftover content that you add long after a game’s release hit the market with little press and no critical reception, and meanwhile, the studio behind it has already moved on to its Next Big Game.

From Software announced that Dark Souls 2 would be getting more levels this fall, but that announcement sank like a stone as people turned their attention to From’s next game, Bloodborne. We’re already on to the next thing.

I didn’t pay much attention to the news either. I finished Dark Souls 2, and I more or less enjoyed it, but I’m not lining up for more content. Dark Souls 2 felt like it was long enough, and maybe even a little too long. I don’t really need any more.

But let’s examine that for a second, because how do you know when a game is "long enough?" It’s not about the hours spent: the first Dark Souls took me around the same number of hours to finish, and I’m grateful for every one of them. It’s not about the story, either. Neither game has a story arc per se. They start, they finish, and there’s a story event about two-thirds of the way through — but that story event is more of a seventh-inning stretch, a pause to send you into the endgame.

And that’s important, because without a story arc, neither game has a story that needs a certain length of time to tell. Like many games that aren’t Tetris, they aren’t streamlined to a perfect design, the way you’d find with an Eames chair, or a haiku. The games succeed by giving you a satisfying variety of experiences, which isn’t something you can do perfectly; you can just try to get it right, and land somewhere that feels complete, rather than exhausting.

We don’t usually talk about "variety" as a core virtue of games. "Variety" can lead to sloppiness. It can excuse a lot of weird, bad, or arbitrary decisions, and on paper, that seems like a crude way to work. But in games, crafting the right variety of experiences around your core themes and mechanics makes all the difference between a great game and an aimless one. Dark Souls got it right, and Dark Souls 2 didn’t; the first one hangs together and the second one just feels long. Why is that?

In many ways, Dark Souls 2 is more disjointed. Take the weather and time of day. In Majula, it’s late afternoon. In the Lost Bastille, it’s the middle of the night. At the Belfry Luna, it’s always nighttime, and at the Belfry Sol, it is always — always — high noon with the sun scorching down on you. Huntsman’s Copse is dark like the dead of night, but cross a bridge and you’re in Harvest Valley, where it’s hot and hazy and always fifteen minutes before quitting time.

And when you work your way through Castle Drangleic and reach its main boss, the Looking Glass Knight, you come outside and find that it’s raining. But after that battle, you’re one elevator ride away from the Shrine of Amana and down here, it’s clearly nice out again past the canopy of branches that shelter you. The storm has stopped, and oh yeah, it’s 10 a.m. now and everything’s fine.

These abrupt shifts remind you that each level is its own world. But that was true in Dark Souls, too. The difference the first time is that the world was organized on certain principles — namely, it was high rather than wide. Darker, gloomier levels were stuck farther down in chasms or caves, where the lack of light made sense. Higher ones were sunnier and brighter. By contrast, in Dark Souls 2, the levels sprawl out across the map, and so they’re just making up the weather as they go: each level gets the sky that it needs, and the next level can do something different.

Moving vertically through the world is also, it turns out, way more interesting than slogging along the horizontal plane. Climbing up and sliding down is more difficult than walking straight ahead. You have to find elevators and ladders and be careful not to fall off of stuff. When you get where you’re going, it feels more satisfying: when you climb the first bell tower and ring the bell, you look out at the landscape and your heart beats harder because you’ve conquered it; then you have to go down, down, down to the second bell in order to ring that one too.

Dark Souls 2 has its heights and depths, but the dominant map is a horizontal hub-and-spoke scheme that splays out in different directions. Your major goals, like getting the four great souls, are scattered around the map, and you just keep shlepping toward them until you’re done. Usually you don’t even see them coming until you’re on top of them. The game doesn’t telegraph how many levels you’ll pass through to get to say, The Duke’s Dear Freja; you just keep working sideways through the Shaded Woods, the Doors of Pharos and then the Brightstone Cove Tseldora until whammo, you face off against a giant spider that shoots lasers from its head. And then it’s off to find the next one.

Even the game’s most majestic moments aren’t tied to the goals it sets out for you. Take the scenery that you walk past before the Dragon Aerie. Look at that view! It’s amazing! You can gaze out for miles at a vast landscape teeming with life, and marked with rock pillars that are impossibly skinny and tall. It’s about the most striking view in the game – but it doesn’t fit anywhere in the goal structure. You didn’t just beat a tough boss, or clear a major barrier. You’re just on your way from one level to the other. It’s grander than that view from the bell tower in Dark Souls, but it doesn’t mean as much.

Now, to be honest, Dark Souls felt a little long, too, in the same way that the last side of London Calling can almost feel like a little too much. They probably could have lopped off a level here or there without doing any harm. And that’s the problem with "variety": it’s a messy thing to judge.

Now, to be honest, Dark Souls felt a little long, too, in the same way that the last side of London Calling can almost feel like a little too much

This is one of the zillions of ways that games are more like music than they are like story-based entertainment. Musical performances, whether recorded to an album or organized as a concert program, try to finesse a sequence, duration, and level of variety that will thrill the audience and satisfy them without wearing them out.

There is no "perfect" way to do this. Take Chopin’s 24 Preludes (Op. 28): I couldn’t give you  a concrete reason why the stately, melancholy No. 15 is followed by the frenzied No. 16 and the grand, nostalgic No. 17, but they work, a chaotic piece followed by a sentimental mood, slow numbers butting up against fast ones, the way a normal day can take you from hassle and distraction to a quiet that just waits to be interrupted.

Dark Souls had that magic in its sequencing, that knack that isn’t a matter of design so much as taste, gut feeling and luck. Dark Souls 2 didn’t; it was "more Dark Souls," and that’s fine, but how much more do we need? The new levels may be fun for their own sake, but the original didn’t leave an opening for them.

Chris Dahlen is formerly of Edge, The Onion AV Club, Paste and Kill Screen Magazine, where he was co-founder and editor. He was also the writer on Klei's Mark of the Ninja. Look for him on Twitter @savetherobot.