Super Smash Bros. for Wii U and Nintendo 3DS will have a stage set in Mario's stomping grounds, according to an image posted on the fighting game series' official site.

The image below, taken by the game's director, Masahiro Sakurai, shows Mario, Mega Man, Rosalina and Sonic on a stage in what appears to be the Mushroom Kingdom, complete with the grasslands and blocks made famous in the Super Mario Bros. series. 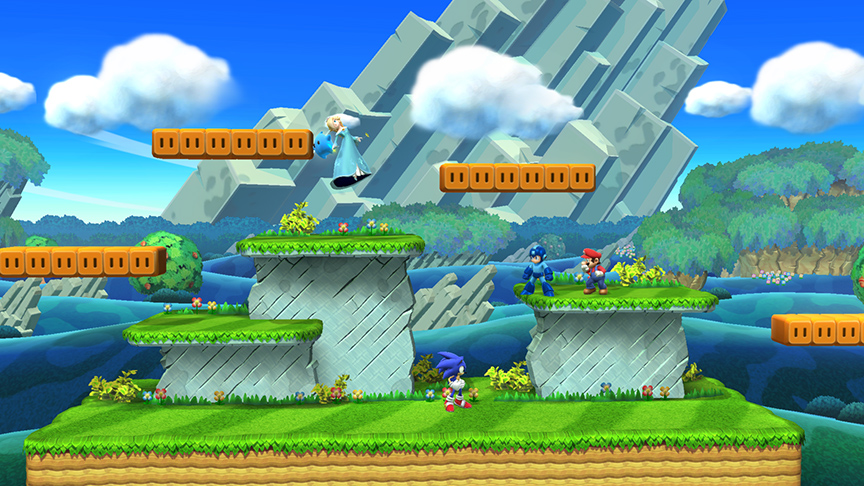 Super Smash Bros. for Nintendo 3DS is scheduled for release this summer, while its Wii U counterpart will arrive this winter. Best Buy shoppers in the U.S. will be able to get their hands on the game next week during E3 2014. Nintendo will also sponsor a Super Smash Bros. for Wii U tournament next week at E3, where contestants will be able to play with Nintendo GameCube controllers, thanks to a new peripheral.

Last month, the managing director of Nintendo France said that the Wii U version would use Skylanders-like near-field communication (NFC) technology.