Share All sharing options for: How Nintendo plans to reignite Wii U sales

It is the truism of the game industry: Software sells hardware.

You need to have good games to sell lots of consoles.

Typically that's not a problem. A console's launch is so steeped in media attention and gamer buzz, that attracting games and their creators is a breeze. But what happens when a console stalls? Then it's up to the console maker to find that buzz again, to bring back the sort of audience that makes shipping games for a platform worthwhile to other developers.

"Well, software sells hardware; it is the truism of this industry," said Nintendo of America president Reggie Fils-Aime, "and for us, it's always about creating compelling content, making it available at the right time for the consumer to be motivated and buy the hardware."

Sitting in a small office on the second floor of Nintendo's massive E3 booth, Fils-Aime has reason to be talking about Nintendo's drive to create new content, the sort that can reinvigorate a console's flagging sales. The week kicked off with Nintendo outlining an impressive list of new games, both for this year and next, all seemingly designed to get people into stores to buy the Wii U.

"So I think it's the confluence of our own internal teams working very hard to put out fantastic content, but also all of this great second-party development coming together as well for us to be able to publish on the Wii U platform. Same is true for 3DS in terms of first and second party development coming together, but it really is apparent on Wii U." 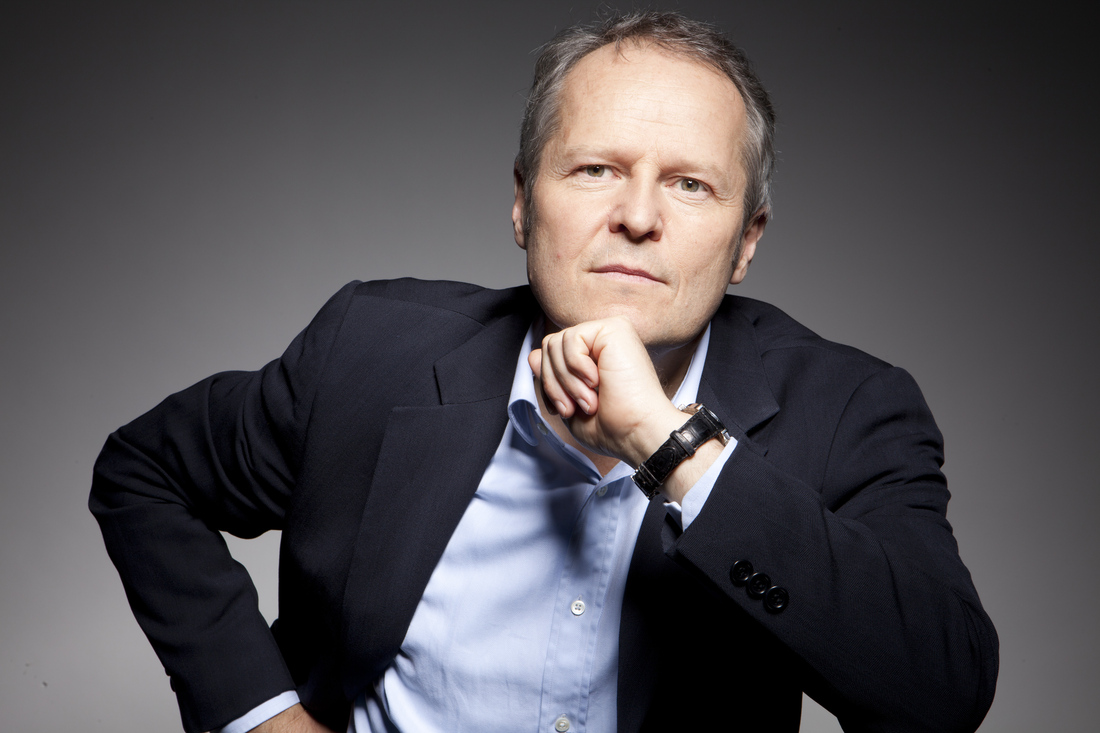 The timing of those announcements couldn't be better.

Earlier in the week, Ubisoft president Yves Guillemot said his company was sitting on some finished Wii U games because he felt there wasn't a largest enough market to support releasing them.

"We don't have a number," he said at the time. "We need the sales to increase so it becomes more and more mass market then we will have the volume that will justify massive marketing and TV marketing."

Despite the seemingly unusual decision to not publish completed games, and to tell the public about that decision, Guillemot said he still thinks Wii U sales could turn around. That will just require more big games and, perhaps, a Wii U price drop.

When I asked Fils-Aime about Guillemot's take on the situation and his companies decision to not publish completed games, the Nintendo of America president said he understood what Guillemot was saying.

"That's our responsibility. So, I understand the comment by Yves, and I obviously have no hard feelings toward the comment. I think, for Ubisoft and for Nintendo, it's really all about, how do we make sure our mutual consumers have the best possible experiences possible?"

As of March, Nintendo sold a bit more than 6 million of their Wii U consoles. I asked Fils-Aime if there was a some specific number he felt the company had to hit with Wii U sales to bring back the third-party developers who seemed to have abandoned them.

"There's no line in the sand, and I say that because you have companies like Ubisoft who are there on launch day, when obviously the install base is zero and you have other companies that are there at 10, 20, 40 million, whatever the number might be," he said. "So there's no hard and fast rule, but development these days costs a lot more than when I joined this industry, and certainly every company's looking to generate a financial return, to sell lots of fill in the blank, hardware, software, accessories, whatever the case may be.

"So I respect that and again, in the end, we have to drive our install base. We have to drive an environment where Nintendo and our business partners can generate a financial return."

Despite the fact that Ubisoft isn't releasing some completed games for the Wii U, they are still bringing content to the console. That includes titles like the latest Just Dance and the delayed, highly-anticipated Watch Dogs.

But Fils-Aime doesn't seem to put a lot of weight on the possibility of that, or other third-party titles, helping to sell Wii U.

"I've been so focused on our E3 that I haven't seen the result of Watch Dogs on the other platforms, so I can't tell you if it's going to drive hardware for us," he said. "There are certain third-party games that have driven hardware in the past, whether it's the Wii platform, the DS platform. So I can't answer in terms of: Will Watch Dogs drive hardware for us."

Fils-Aime, though, said he's sure that Nintendo games, especially big ones like Mario Kart 8 and Smash Bros., do move the needle for console sales.

Last week, Fils-Aime met with investors to tell them that the sale of Wii U consoles quadrupled the week after the release of Mario Kart 8.

Where once most of the big gaming hits were released around the end of the year, timed to the holidays, that's no longer the case. But the holidays still make up a bulk of the gaming industry's sales, even for games that came out months before. That's because some people wait until the holidays to ask for or pick up those games, especially ones that have long lifespan, like Mario Kart 8.

So for Nintendo, Fils-Aime said, the big holiday push started in May when Mario Kart came out.

"For us, the drive toward the holiday began a couple weeks ago with Mario Kart 8, and that is off to a fantastic start," he said. "For us, on a global basis, certainly here in the United States, it's driving hardware, which is great to see.

"So that's the kickoff, then we've got Hyrule Warriors, we have Bayonetta 2 ..., we have Smash, we've got Captain Toad, and that's just from a first-party perspective.

"And then you've got the Ubi content, the Warner Bros. content, Capcom, etc, etc. So we feel good about our lineup for the here and now and then ‘Oh, by the way,' there's small games like Mario Maker and Zelda and [Xenoblade Chronicles] X and all of these other games that we've showcased today that are coming in 2015.

While striving to attract new gamers to their console, which was released in November 2012, the company is also working to make sure they retain the people they already have. That includes not just more games, but more and better uses for the Wii U, specifically its GamePad, outside of gaming.

"We're working on TVii every day, and not only Nintendo TV, the application, but the range of video based offerings that we have on the platform," he said. "We also make daily improvements, not just to specific applications but the overall utility."

That includes doing things like tweaking the Nintendo TVii app to make it twice as fast when booting and getting into the "core application." Nintendo also recently released a network update that cuts down on the time it takes to boot-up the GamePad and allows it to receive notifications.

"...we have an opportunity to make them better known, better loved, that's the path that we're on."

"So aspects of Wii U are live services, and in the live service business we're constantly driving upgrades," he said. "Some of them are highly visible to the consumer, some of them less so, but we believe we have to constantly update the system to provide great experiences."

Those experiences also include things not typically tied to video games. It can mean anything from Miyamoto's experiments with Pikmin cartoons, to the Amiibo toys to the recently announced, but still not detailed, quality of life initiative that Nintendo president Satoru Iwata said was coming this year.

Quality of life wasn't something being discussed at E3, because Fils-Aime said it wasn't the proper venue.

"How we communicate the QOL initiative, we'll all see," he said, "but we communicated that more information is coming this year."

While a lot of initiatives like quality of life remain out of focus, Fils-Aime said the company is focused on its desire to keep innovating.

"What I can tell you is this: We are going to continue pushing the boundaries of how we leverage our IP," he said. "Whether it's through means like Amiibo, whether it's through  the experiments Mr. Miyamoto has done on video, we believe that our IP are the foundation of our company, and we have an opportunity to make them better known, better loved, that's the path that we're on."

Ed's note: This story was written under the watchful eye of the Internet. Thanks Internet, for the help!

Update: This story has been updated to alter a quote from Fils-Aime. The president of Nintendo of America misspoke and initially said company name Ubisoft twice when he meant to say "other companies" on his second reference in his comment about a line in the sand for Wii U sales.