Would you buy an unfinished free-to-play game for $99?

Share All sharing options for: Would you buy an unfinished free-to-play game for $99?

Within the topsy-turvy, madcap universe of video game prices, a new derangement has emerged; a free-to-play game that costs a hundred bucks.

That's the seemingly absurd proposition from 3000AD's Line of Defense.

When the multiplayer team-based sci-fi shooter launches later this year, you'll be able to play for free; with the usual upgrades and gizmos on sale for those who choose to invest. But you can play an unfinished alpha version of the game before then, via Steam Early Access, for $99.

How does the game's maker, Derek Smart, justify this course of action? Isn't it just a way to gouge those fans who are most loyal to his work, who are most likely to want to play his games?

"I've always made games for people who like the games I like and who are like me." said Smart, in an interview with Polygon "It's not an issue of, well, I know you like my games and now I can get 99 bucks off you. That is not the point at all. I am not saying because you like my games, cough up the money."

Smart offers three justifications for the price. The first is that it is a "barrier to entry," ensuring the servers are not filled with "freeloaders" who won't give him the feedback he needs to finish the game. The second is that the $99 features a lot of extra stuff that, for someone who cares enough about the game, amounts to good value. The third, he said, is that he has little alternative.

"I have no choice," he said. "This is a massive game developed by less than a dozen people, compared to games in the same genre that is made by hundreds of people. I felt it was the right thing to do because it is better to put money into the game rather than back-end services. That's why I did it.

"Testing is very expensive. All the back end stuff costs money. The bandwidth. The servers. I don't have the budget to throw on servers and testing labs and focus groups. That is for the big boys. I have a small company and I have to decide where to spend the money. When someone says, this part of the game doesn't work, I can spend the money improving it."

It's Not the First Time 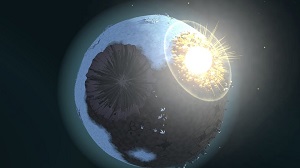 When Planetary Annihilation launched its alpha last year, the entry price was $90. That price was based on a Kickstarter package, but developer Uber Entertainment looks back on the alpha as a success.

"Our expenses were high, running servers, so we really wanted people who were passionate about the game to be the ones who got in," said chief technology officer Jon Mavor. "You are probably passionate about it if you are paying $90. It kept the size of the group we had to manage down, so it was efficient. They gave us quality feedback. It was a gating mechanism. That benefit of getting the people who really care early on and still being able to generate revenue was a nice side effect."

He said there had been "some noise" about the plan from critics, and that the price of entry to the RTS has come down. Currently, access is $50 (a summer deal at the time of writing has it at $25), for the realtime strategy game, due to launch fully later this year.

"On the Kickstarter we had people pay $10K because they wanted to support the game," added Mavor. "These games are expensive to make and we need a lot of people to support us if it's going to happen. It's not an issue of exploitation. If you want to play something for $5 that is not a difficult thing to accomplish."

Smart's games are generally complex and sprawling, going way back to Battlecruiser 3000AD in 1996. He specializes in sci-fi worlds featuring lots of moving parts. Battlecruiser 3000AD was originally released in a buggy and unfinished state, due to the impatience of then publisher Take Two. Smart felt his reputation had been damaged by the release, sued Take Two and used the settlement money to re-release an updated version of the game for free.

It's natural then, that this in-game complexity and an abiding fear of a buggy release, would compel him to find a way to reach a test audience. He believes that the $99 plan is the best way for him to achieve this goal.

"The fact is, the $99 price has absolutely nothing to do with the quality or the value of the game," he explained. "It has to do with me erecting a barrier of entry because I want quality feedback. It could be free. There is nothing that says I've got to attach a price to it.

"I do not want gamers in the game who are going to hog the connections and hog the servers and piss about without providing any meaningful feedback. On the other hand I do want fresh blood and fresh eyes and people who do have good intentions. So what do you do?"

Although the Early Access hasn't launched yet, he predicted that the alpha will be a success. He said that a confection of goodies within the package, including weapons and vehicles exclusive to the Early Access, will make it an attractive offer to fans.

"I would rather spend my energy on people who are going to give me ample feedback, like a focus group, than people who are not. It's very difficult to open the floodgates and just let everyone in and then filter out the noise. That takes a lot of effort when 400 of them are idiots. It's a lot easier when there are fewer idiots. It's just pure math."

Smart is well known in PC gaming circles, partly for a long history of ambitious, eccentric and esoteric games that cater for a particular taste, and partly because he indulges in the terrible vice of public flame wars and forum debates.

Not surprisingly, his decision to price an Early Access at $99 has attracted online criticism. He is unrepentant.

"A lot of gamers are against it, but the fact that Derek Smart is behind it just adds fuel to a blazing inferno," he said. "When you put this online I guarantee that most of the comments will be about how much Early Access sucks and it shouldn't be done. Why are we paying for unfinished games? 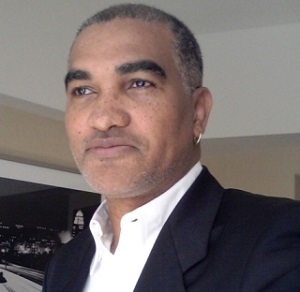 "That makes no sense at all. It's the most ridiculous thing. No one is asking you to do anything. I am just shaking my head. I don't understand this. If you don't want to pay for something at a shop, you walk out, you move on.

"People get attached to these things and they throw all reason out of the window. There is no reason for people to be upset about me choosing a course of action that suits my business."

Smart said, repeatedly, that the $99 would create a more efficient method of collecting data to improve the game. But isn't that a case of elitism, of choosing your target based on their ability to spend disposable income on a game that is designed to be free?

"The whole elitism thing is there. You can't get away from it. But what is the alternative? Make the game free and six months out most of the feedback you have is meaningless and they have been hogging the servers and you release a game that has a whole lot of bugs and a whole lot of hassles and you ask yourself, why did I do that? All I know is that we are probably going to have a lot more people than we have server space for. That is a fact. 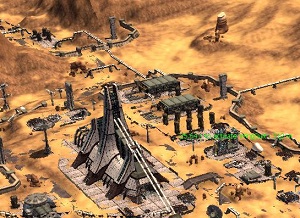 THE REDEMPTION OF DEREK SMART

He agreed that "it does look worse," to ask for $99 for a game that will come to market for free, than if it were a standard commercial release. "But it comes down to one thing," he added. "You want to support the game? This is the price of entry. You can pay nothing and wait. There is no other reason to put it on Early Access than to get feedback and shape the game."

Smart, who occasionally refers to himself in the third-person, denied that the plan is a ruse to attract publicity. "The whole Derek Smart thing is just a part of the industry," he said. "I don't have to say or do anything to get my name out there. That just happens. If I release a game or announce an Early Access or get into a Twitter spat, it makes a lot of noise. Stuff just happens."

As for any controversy surrounding his plan, he says he takes it all in his stride. "People are going to bitch and moan because that is what some people do. You can't get away from that. The whole thing with Derek Smart boils down to one thing. I don't take shit from anyone."