EA Sports hasn't officially unveiled the cover for Madden NFL 15 yet, but it appears both Amazon and GameStop have it and have jumped the gun.

That's Richard Sherman, the Super Bowl champion and all-pro defensive back, making this the second straight cover not featuring a football (if you're counting the Xbox One/PlayStation 4 version of Madden NFL 25.) Two others haven't featured a ball — Madden NFL 13, in which wide receiver Calvin Johnson was posed in anticipation of catching one, and Madden NFL 2005, which featured linebacker Ray Lewis ready to knock the daylights out of somebody. Until this year, Madden 2005 was the last time a defensive player held the packshot by himself.

Sherman was a fortuitous choice by Madden fans, as this year's game offers a heavy focus on making defense more enjoyable and more playable. For more, see our preview from E3. Madden NFL 15 launches on Aug. 26 for PlayStation 3, PlayStation 4, Xbox 360 and Xbox One. 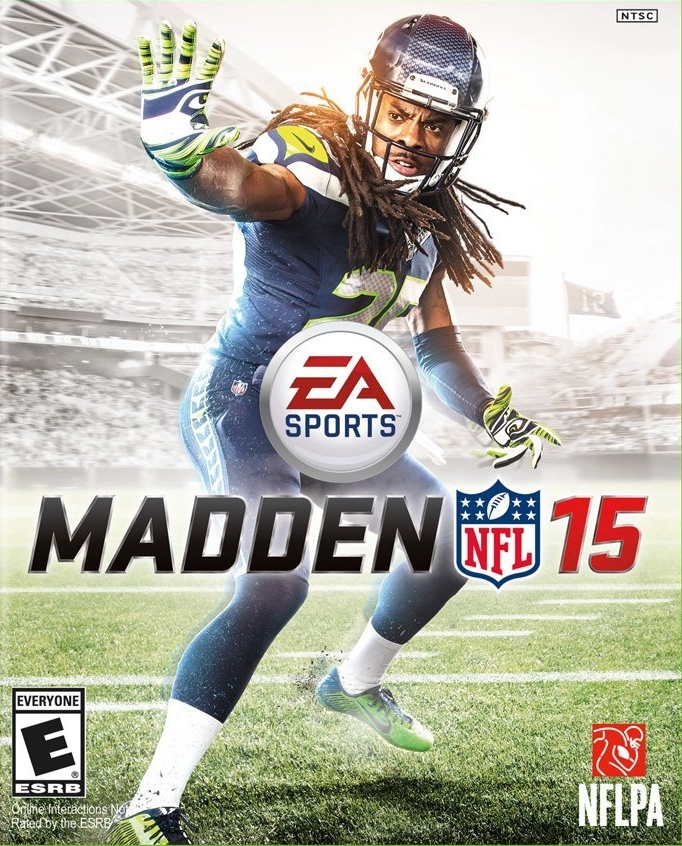