Share All sharing options for: World of Warcraft player makes the longest, slowest grind to level 90

One World of Warcraft player had a long, slow grind to reach the game's level cap of 90. He did so remaining entirely neutral, unable to participate in any of the faction quests through which most players advance in the game.

The player is Doubleagent and he was playing as a Pandaren, the race introduced in 2012's Mists of Pandaria expansion. Pandaren may begin the game not affiliated with either the Alliance or the Horde, but are effectively forced to choose around the time they reach level 10, otherwise they remain in the starting zone, where no new quests are given.

Doubleagent remained neutral, well past the level at which he could gain experience killing creatures in the zone. As he couldn't leave the island, he couldn't access an in-world mailbox and thus mail himself gear or items. He advanced — at a glacial pace — by mining and picking herbs. 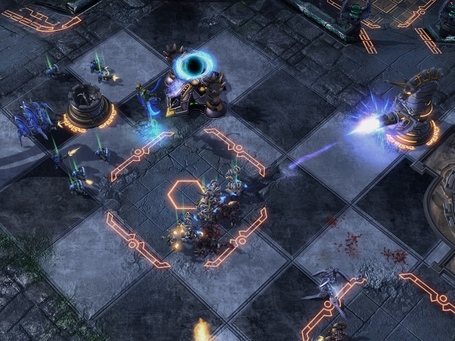 Blizzard set out to make a StarCraft mod, and instead reinvented gaming's most popular genre

His total playtime on the character is 173.5 days. And no, he couldn't use the Level 90 free boost (or buy one for $60) because doing so requires you to choose a faction — thus transporting his character off The Wandering Isle.

Doubleagent wrote up a FAQ on the Battle.Net forums, saying the No. 1 question he receives when people in the starting zone encounter a level 90 Pandaren is "How did you get back here?" His reply. "I didn't leave."

"I thought about doing this when I heard about Pandaren being neutral until level 10," he writes. "Knowing that herbalism and mining nodes gave experience, I figured if the zone had any of them it would probably be possible to level higher than intended. And when I did finally start, one of my friends thoguht [sic] I'd reach some kind of cap on the isle and that I wouldn't reach 90. So it kind of encouraged me to continue even moreso than before."

As for his future plans: "I won't be picking a faction. I do intend to level to 100 come the next expansion."