Arma 3 developer Bohemia Interactive detailed the shooter's upcoming "Bootcamp" update today, a set of single-player, multiplayer and non-gameplay additions that are designed to function as a tutorial for new players.

Bohemia originally announced Bootcamp last month as part of an effort to sustain Arma 3 as a platform for the future. The package will be led by its own solo campaign, which is meant to "[introduce] the basic principles of infantry combat," said Jay Crowe, the game's creative director. Bootcamp also includes a multiplayer component that pairs Arma 3 die-hards with less experienced players in a unique Zeus scenario as "instructors" and "recruits," respectively.

There's more to learn in Bootcamp outside of game sessions. Players can practice the basics in a virtual reality training mode, and they can familiarize themselves with in-game character models, equipment and weapons with the Virtual Arsenal. That tool also allows players to set up loadouts that can be exported for use in other modes of Arma 3. 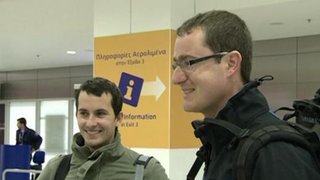 129 days in prison: A Bohemia developer speaks out about his detainment in Greece

"Virtual reality," in this sense, doesn't refer to anything like Oculus Rift support. Instead, Bohemia is adding a new VR world to the game that the studio hopes will serve as a "digital blank canvas" in which newbies can practice mechanics and veterans can experiment with creating custom modes and scenarios. In addition, Bootcamp is set to improve the discoverability of mods with features such as a game launcher.

Bootcamp is also aimed at teaching players about real-life equipment and exhaustion concerns through gameplay. Players' rate of movement will be able to be limited by factors such as the weight of the gear they're carrying, their health and their stamina. And Bohemia will educate players about the shortcomings of heavier weapons not by limiting turn speed, but by reducing the precision of aiming upon turning.

"Without arbitrary punishments, we want to produce an authentic mechanic; players should benefit from planning out their movements and thinking carefully about their equipment," explained Crowe.

Bohemia's overall goal with Bootcamp, said Crowe, is for "players to know that — although it may be different from other games — Arma is far from impenetrable." For more, check out our full review of Arma 3.