Death comes to us all. In 1001 Spikes, perhaps with a bit more frequency.

The 8-bit era was a notoriously punishing time for gamers. Checkpoints and recharging shields were but twinkles in the eyes of would-be developers. Bottomless pits, severely limited lives and insta-kill traps ruled, yielding some of the most difficult games ever made.

1001 Spikes pays homage to those games, while also bringing some modern sensibilities to make the experience not, well, torturous. It's this balance of new and old that actually makes 1001 Spikes an impressive feat, especially for those that love a platforming challenge.

1001 Spikes stars Aban Hawkins, an Indiana Jones wannabe on a quest to prove to his father that he's not a total waste of humanity. The game is set across pretty typical platformer locales, with jungles, caverns and lava temples making up the bulk of the main campaign. 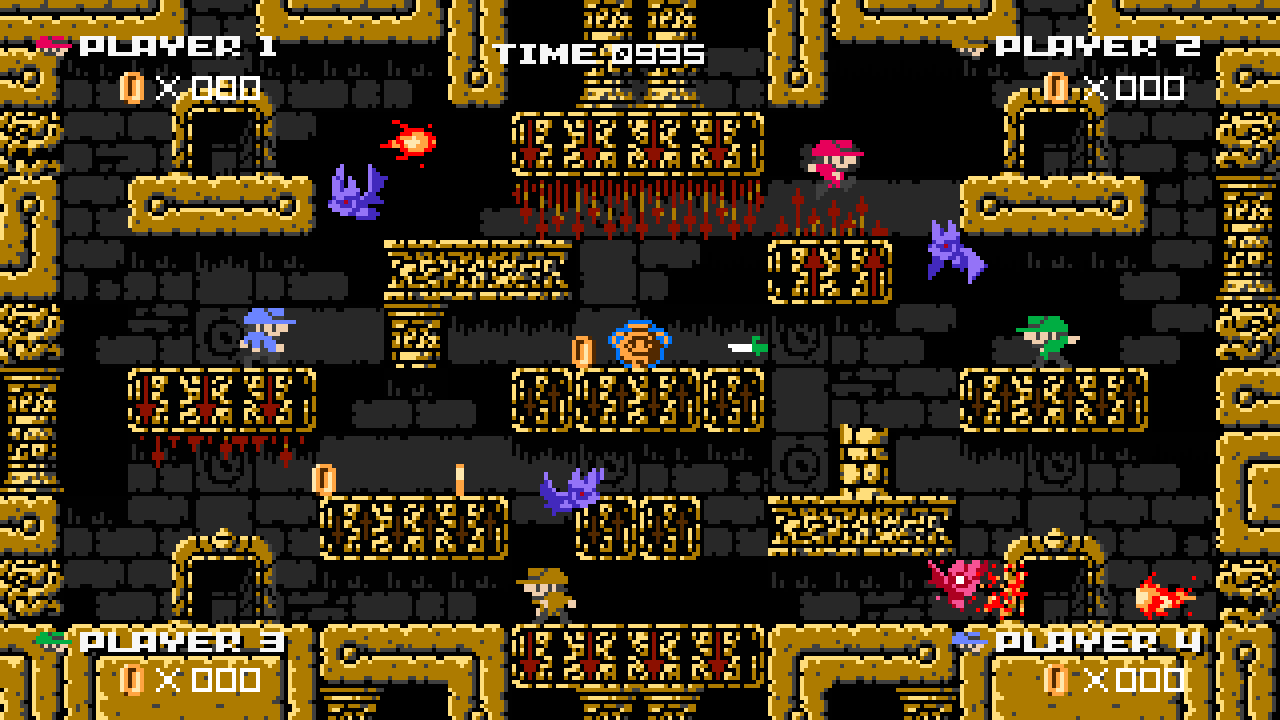 All of these levels are designed with an 8-bit graphical style. No part of 1001 Spikes would feel out of place running on an NES. The art is sure to bring back memories of the mid-'80s and some of the sprite work is exceptional considering the limitations.

1001 Spikes doesn't take long to reveal its extraordinary difficulty level. Aban's quest leads through dozens of some of the most treacherous 2D platforming levels I've ever seen in a video game. You begin the game with 1001 lives, but that's less a cushion to make the game easy and more an indication of the challenge that awaits. I lost upward of 100 or more lives on each level as I got deeper into the game. 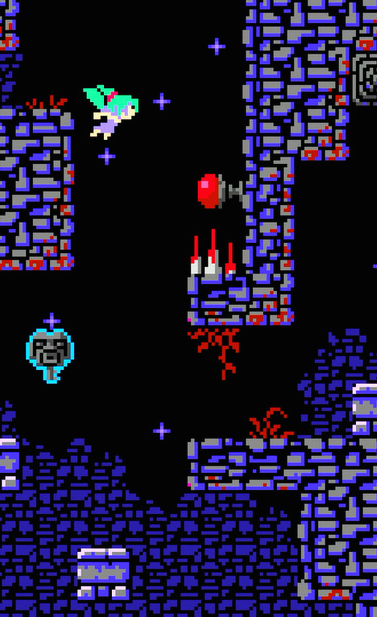 And yet, I never felt like 1001 Spikes was being unfair. The very best "difficult" games are the ones that put the onus on the player to succeed. You can't blame the controls or a framerate hitch on failure here. The game is so tightly designed — especially the precise jump mechanic, which offers separate buttons for jumps of different heightsthat every skin-melting drop into a pit of lava is your own damn fault.

Even veterans of other super-hard platformers will find themselves dying repeatedly because, well, that's how 1001 Spikes is designed. Trial and error is a big part of mastering levels that are littered with hidden traps you'll only spot once your corpse has been ventilated. No amount of Matrix-esque reaction time will save you on your first playthrough of the level.

It takes a certain kind of player to find this sort of repeated failure enjoyable. Truth be told, the process of slowly working your way through a level can be curse-inducing, but nothing matches the feeling of finally reaching the long-sought exit door.

To break up the relentless intensity of the campaign, 1001 Spikes introduces some modern mechanics, like unlockable costumes. The new outfits work as charming parodies of classic gaming protagonists, like the blue jumpsuit from the original Ninja Gaiden or Arthur's white armor from Ghosts n' Goblins. Rather than simple skin swaps, though, each of these costumes comes with different abilities, ranging from double jumps to wall grabs. Each unlock is a fresh experience that enhances replay value. In addition, money earned as these bonus characters can be spent to unlock even more characters in the store, thus rewarding players for their persistence.

These secret characters are just one example of the ways in which 1001 Spikes slowly reveals itself to the player. Hidden modes are unveiled the more you play, with entire batches of levels that play differently from the core game. All of these features can be experienced with up to four players in local co-op (as well as a hidden versus mode). It's a staggering amount of content, far more than I ever would have expected from the game's simple roots.

1001 Spikes feels like a game that's been locked away for 25 years. Upon being removed from a time capsule filled with Tab and Reagan bumper stickers, it was dusted off and updated for a modern generation, but 1001 Spikes remains extremely true to the era that inspired it. It may make you curse, snap a controller in half and throw your handheld out a window, but that's all natural. That's just how things used to be. A glorious time, indeed.