Warhammer 40K: Eternal Crusade's Founder's Program will get you early access, but not more goods

Share All sharing options for: Warhammer 40K: Eternal Crusade's Founder's Program will get you early access, but not more goods

Warhammer 40,000: Eternal Crusade is designed so that players who buy into the game's Founder's Program don't have a material advantage over those who don't pre-order; the only real perk is getting access to the game earlier.

Speaking in a presentation on the Eternal Crusade Founder's Program, which allows players early access and extra in-game currency for purchasing the game up front — 18 months up front, to be exact — Behaviour Interactive studio head Miguel Caron said this newly-implemented system has been tweaked over the past three months to accommodate community feedback.

Part of the studio's attention to the community is reflected in the pricing: Behaviour is charging $40 for the lowest pack, with all other packs in increments of whole dollars as opposed to, say, something like $39.99. According to Caron, this is because players will count on that one additional missing cent, because when you're asking for gamers to pay a year and a half up front for a game, they'll want to get bang for their buck.

"In this time in the industry, players understand the value of one cent," Caron said. 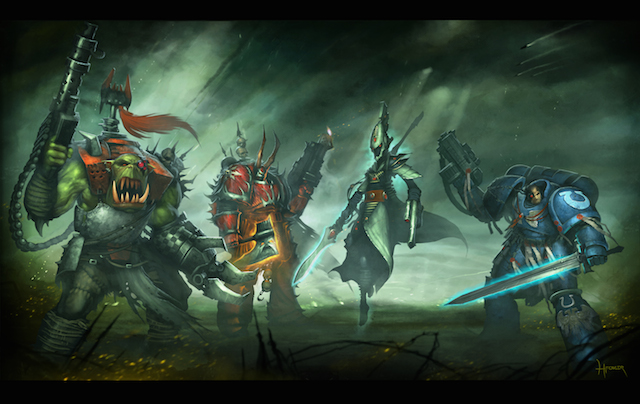 Players can choose from three tiers of Founder's Packs at the $40, $80 and $120 level. There is no material advantage in purchasing the more expensive ones; Each one just includes more in-game currency — no fancy items, no stat-boosting goodies. Caron said these bonus coins are being given out because, in the commitment to becoming founders, "[players] trust us one and a half years in advance."

Each pack includes access to the game's pre-launch alpha and beta phases on a first-come first-serve basis. That means no matter how much you pay, for example, the first ten people to purchase a Warrior Pack today could be the first called up by developers to help test a pre-launch build. It doesn't matter what tier you buy, just how quickly you buy it.

"Our business model is 'buy to play' but not pay to win," Caron said. "There is one subsection that is a free-to- play option, which is the $40 tier — this only includes game access, which features all four playable factions unlocked, and can be played forever without any type of monetization because all items in the store are only aesthetic items.

"There is no $5 'shut up and take my money' items or items that cost more than the game," he added. 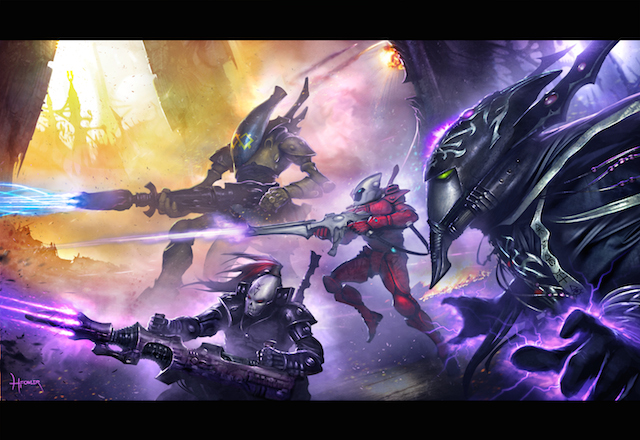 Players can purchase bonus trader point packs in increments of $5, $10, $15, $20 and so on. Players can also net $4 worth of points — that's 4,000 points — for referring a friend to the game. Friends players bring into the game will also receive a bonus 4,000 trader points for being referred.

For the next 18 months, leading up to Eternal Crusade's full launch in 2016, Behaviour plans to roll out alpha and beta testing through what the studio calls an Early Game Module Access. Pieces of the game will be released as soon as they are ready in "modules" as pre-launch test phases. These alpha and beta areas will open with training cages and shooting ranges, as well as one interstellar mission.

"$40 for 40K. You can play the game forever without monetizing it again."

This is where the only difference in package price comes in; Players who purchased more expensive Founder's Packs will get access to the pre-launch game first. According to Caron, Jan. 2015 will see the welcoming of $120 Captain Pack buyers into the game build. Anyone who purchased another Founder's Pack but spent up to $120 on other add-ons, such as bonus trader point packs, will also be allowed in. In February, the $80 buyers will be granted access, with $40 buyers entering the following month.

Founder's Pack buyers who also get access to the game's forums, where they can reserve squad and guild names as well as create their own guild websites. These pages can be created and displayed under the main Eternal Crusade website and used to advertise both private and public guilds. Behaviour plans to add this functionality later this summer. 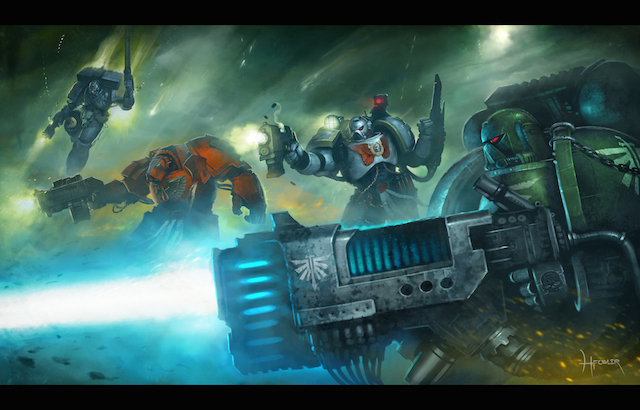 "We are entertainers and the player needs to trust us with his personal time and money to experience huge, emotional ups and downs throughout the game, even before the game is released," he added. "We're basically an actor on a stage making these players feel these emotions. We take all that responsibility very very seriously, and to do that we need to involve players from the get go, collect feedback. That's why [the Founder's Program] is 18 months long."