The new Atari goes digital with its back catalog

Share All sharing options for: The new Atari goes digital with its back catalog

The Atari name has been around for more than 40 years, and it's taken its share of licks during that span. The video game crash of 1983 led to a split in the company, the first in a series of corporate machinations that culminated in January 2013 with the U.S. arm of Atari S.A., a French holding company, filing for Chapter 11 bankruptcy.

Atari Interactive recently came out of the bankruptcy proceedings as an essentially debt-free firm, and its officials have a multi-pronged plan for rebuilding as an "interactive entertainment production company." According to Todd Shallbetter, chief operating officer of Atari, the idea is to keep costs down by running a low-overhead digital business, and rely on a still-formidable stable of beloved brands for both games and licensing.

Fewer than 15 employees currently make up the entirety of Atari's workforce; most of the group works in the company's New York headquarters, and there's a small administrative team in Paris. It's a lean team that's appropriate to the scale of Atari's new business strategy. In a phone interview with Polygon, Shallbetter explained the reasons behind the shift. 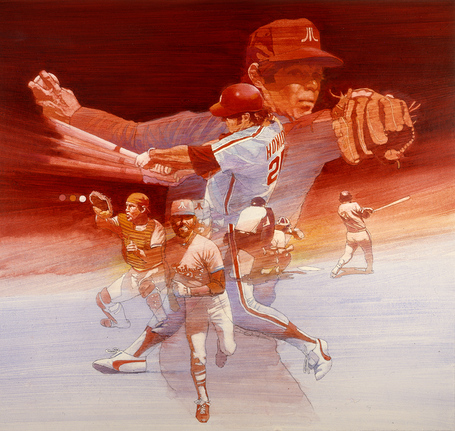 The Art of Atari: A celebration of game packaging's golden age

"This is an ever-changing marketplace in the video game business," he said. "I think that the traditional publishing model is very, very difficult to succeed in, as we've seen many of our peers like THQ and others just ... It's a fight that just is very difficult to win right now." In particular, Shallbetter cited the challenges of the retail environment, including the costs associated with producing and distributing physical goods, as well as retailers' price protection policies.

Focusing solely on licensing and digitally delivered products allows Atari to maintain a small team and "recover some of that margin that's been lost in recent years commercially" for a more profitable business. But Shallbetter clarified that none of that means the company is moving away from publishing video games.

"We are certainly still a game publisher, without question. That's what we do; that's in our DNA," said Shallbetter. "We have a very solid view of the next 18 months. And we're launching multiple games on multiple platforms." The common thread linking all those projects is that they're digital games, whether on consoles, computers or mobile devices; Shallbetter explained, "We're really not involved in physical distribution or manufacturing any longer."

The strategy includes online multiplayer titles for PC such as Minimum, which Atari acquired in TimeGate Studios' bankruptcy and gave to Human Head Studios to develop as a MOBA; it was released on Steam Early Access last month. For its mobile slate, Atari has been reaching back into its history for RollerCoaster Tycoon 4 Mobile and a reimagined Haunted House on iOS. The publisher is also resurrecting legacy brands for single-player PC games: RollerCoaster Tycoon is coming back to the platform this holiday season in a new full game.

All this is possible because Atari was able to survive bankruptcy with its back catalog relatively intact. The company did lose a few titles, such as Total Annihilation and Master of Orion to Wargaming. But according to Shallbetter, Atari retained a library of more than 220 properties running the gamut from arcade classics (Asteroids, Centipede, Combat, Pong) to more modern fare (Alone in the Dark, RollerCoaster Tycoon). Atari hopes to wring new life out of those franchises in licensing, the second arm of its new plan.

"The fun part is, being Atari and who we are, with this great catalog, we're very frequently approached by our friends in the space — be it studios or other publishers — who are very interested in working with us or for us in bringing some of these old reimagined titles to market," said Shallbetter.

The creation of Missile Command and the haunting of its creator, Dave Theurer

Part of Atari's licensing strategy comes in new markets that the company moved into earlier this year: real-money gambling with Pariplay and social casinos with FlowPlay. Online gambling is illegal in most U.S. states; even a company as large as Zynga decided to drop its attempt to secure a license in Nevada last year. But it's a major business outside of the country, especially in the U.K. and continental Europe, which is where Atari believes it can succeed with a hook other companies don't have: recognizable gaming brands.

"We're afforded as Atari a very unique opportunity to have an advantage in discoverability by leveraging some of these traditional brands," said Shallbetter. "And part of so much of these businesses is attracting, retaining and entertaining users. We think it gives us a unique advantage to be able to bring those users into the table, so to speak, literally and figuratively, where they can play; where they can connect with friends and enjoy themselves; and enjoy these old, traditional, beloved brands in a new format."

Atari is looking to still other markets, seeking potentially untapped audiences. The company is exploring a presence in the online video space, with potential plans for ventures that may take the names "Atari TV" or "Atari Channel." Asked for details, Shallbetter said the ideas are "in the nascent stages," although the company is already involved in The Real Pelé, a video series following the soccer legend's World Cup experience.

Other licensing ideas include wearable devices along the lines of Fitbit. Shallbetter said that Atari has been approached by certain hardware manufacturers with licensing requests, and the company is figuring out how it wants to go about entering the market. Atari may even look into making its own branded smart devices.

The new business plan also includes a focus on reaching LGBT individuals. Atari is publishing a game with the working title of Pridefest, the same name as the festival celebrating gender equality that takes place annually in multiple U.S. cities. Shallbetter described the LGBT community as a "very underserved audience," but noted that Atari doesn't merely see this as a financial opportunity.

"It's something we feel very strongly about here, institutionally," he said. "We like to think of ourselves as a very inclusive brand, as a very inclusive company. ... And we seek opportunities, and this is an opportunity that we think could be beneficial to us as a company — commercially, as well as just, it's the right thing to do."

How to dig up a landfill: The search for E.T.

All of the above comprises a diverse, multifaceted strategy that may seem like it would cause a small company to spread itself too thinly. But the team size is key to the entire plan, according to Shallbetter.

"We're really excited about the way things are looking. We're very bullish right now because we think we can cover these verticals really well with the great talent that we have here and the scalability of the organization," he said.