Share All sharing options for: Practicing immoral behavior in a game may make you more morally sensitive, study says

The conventional wisdom about violent video games is that playing them can desensitize you to the violence in question, leaving you less able to care about those immoral acts in the future. New research indicates that the exact opposite may be true.

A study led by Matthew Grizzard (photo below), assistant professor in the department of communication at the University at Buffalo, reaffirmed previous research saying that committing immoral acts in games can cause players to feel guilt. Moreover, the study found that players would become more sensitive to the specific moral codes that they violated while playing — and according to Grizzard and his co-authors, that may eventually lead players to practice prosocial behavior (that is, voluntary behavior for the benefit of other people).

"Contrary to popular belief, engaging in heinous behaviors in virtual environments can lead to an increased sensitivity to moral issues," Grizzard wrote. "Results of the current study suggest a link between the performance of antisocial behaviors in video games and the potential for prosocial effects."

The study, "Being Bad in a Video Game Can Make Us More Morally Sensitive," was published June 20 online in the journal Cyberpsychology, Behavior and Social Networking. Grizzard's team, which also included researchers from Michigan State University and the University of Texas at Austin, studied 185 individuals aged 18-29 at a "large Midwestern university," according to a copy of the paper that Grizzard provided to Polygon.

The participants played a modified version of Bohemia Interactive's 2001 shooter Operation Flashpoint: Cold War Crisis (screenshot above) because that was the game used in a previous study and it "was known to elicit guilt," said Grizzard in an interview with Polygon. (Bohemia re-released the game in 2011 as Arma: Cold War Assault).

First, the researchers randomly assigned the participants to play a game or perform a memory recall task. They randomly assigned the gaming segment to play Cold War Crisis in two ways: Either they would play as terrorists (the "guilt condition"), or as U.N. peacekeepers in the "control condition." The researchers also split the memory recall participants into two groups: They asked the guilt condition people to write about a time in which they felt particularly guilty, while they requested the control condition folks to write about a normal day. 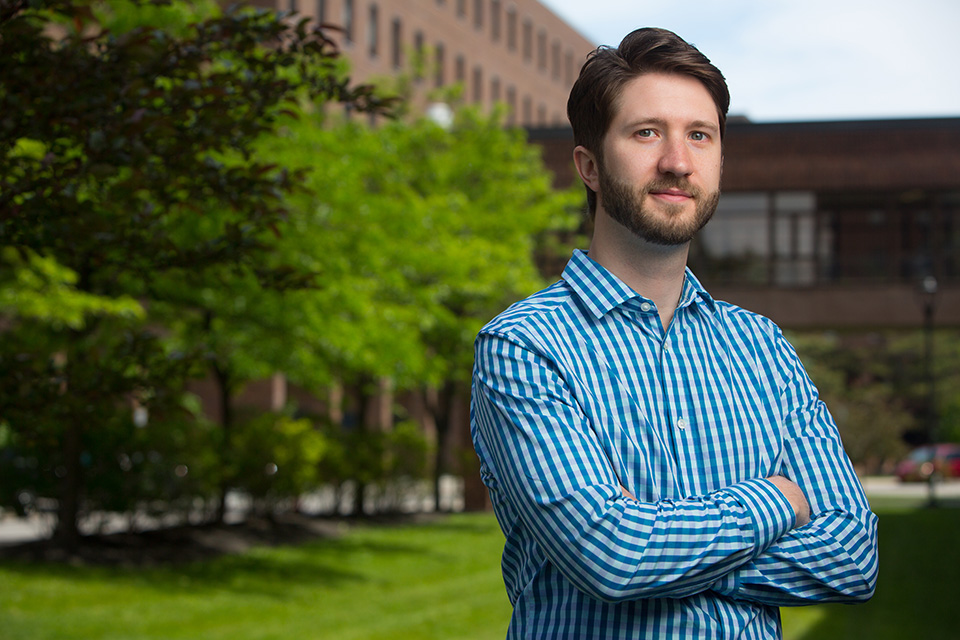 Grizzard and his cohorts found that the participants who played Cold War Crisis in the guilt condition felt guilty about the particular areas of morality they had violated ("care/harm" and "fairness/reciprocity," since killing would be unjustified when playing as a terrorist). While the guilt that the players experienced was less intense than the real-life guilt that the memory recall group wrote about, the study's authors said the data indicated that "the guilt experienced from game play is functionally similar to real-world guilt."

"The findings here demonstrate the potential for emotional experiences that result from media exposure to alter the intuitive foundations upon which humans make moral judgments," Grizzard wrote in the study. He added that this is "particularly important" for video games, since a "small but considerably important" segment of the gaming population plays violent games frequently.

Asked to expand on that point — whether repeated instances of playing violent games could deepen or diminish these morality effects — Grizzard said that he conducted additional research to study that very question. That second study hasn't been published yet, but Grizzard discussed some of the findings.

"The results of [the second] study showed that the ability of games to elicit guilt was reduced over repeated play. Currently, however, it is unclear how this reduction in the ability of guilt would relate to the other processes at play in the current study," he explained.

Research has shown that guilt and increased moral sensitivity in real life often lead to prosocial behavior. Thus, the study's authors concluded, there's some likelihood that the same could be true for guilt resulting from immoral virtual behavior. In other words, playing violent games can make you feel guilty, which may cause you to do nice things for other people.