Airtight's third person horror game takes inspiration from folk mythology about ghosts and spirits, as well as the mystery genre. That marriage — and the game itself — works much better than Soul Suspect's jokey title led me to believe. While it treads familiar territory for both genres, it feels fresh in its approach and assured, crafted seemingly with a keen sense of what makes each kind of story tick.

The game begins with protagonist Ronan O'Connor's dramatic death — he's thrown out a window and shot with his own gun. Ronan's a gifted detective and prototypical tough guy with a checkered past. In death, he's determined to solve his own murder at the hands of the mysterious Bell Killer — a serial murderer that is terrorizing Salem, Massachusetts — and stop them once and for all. 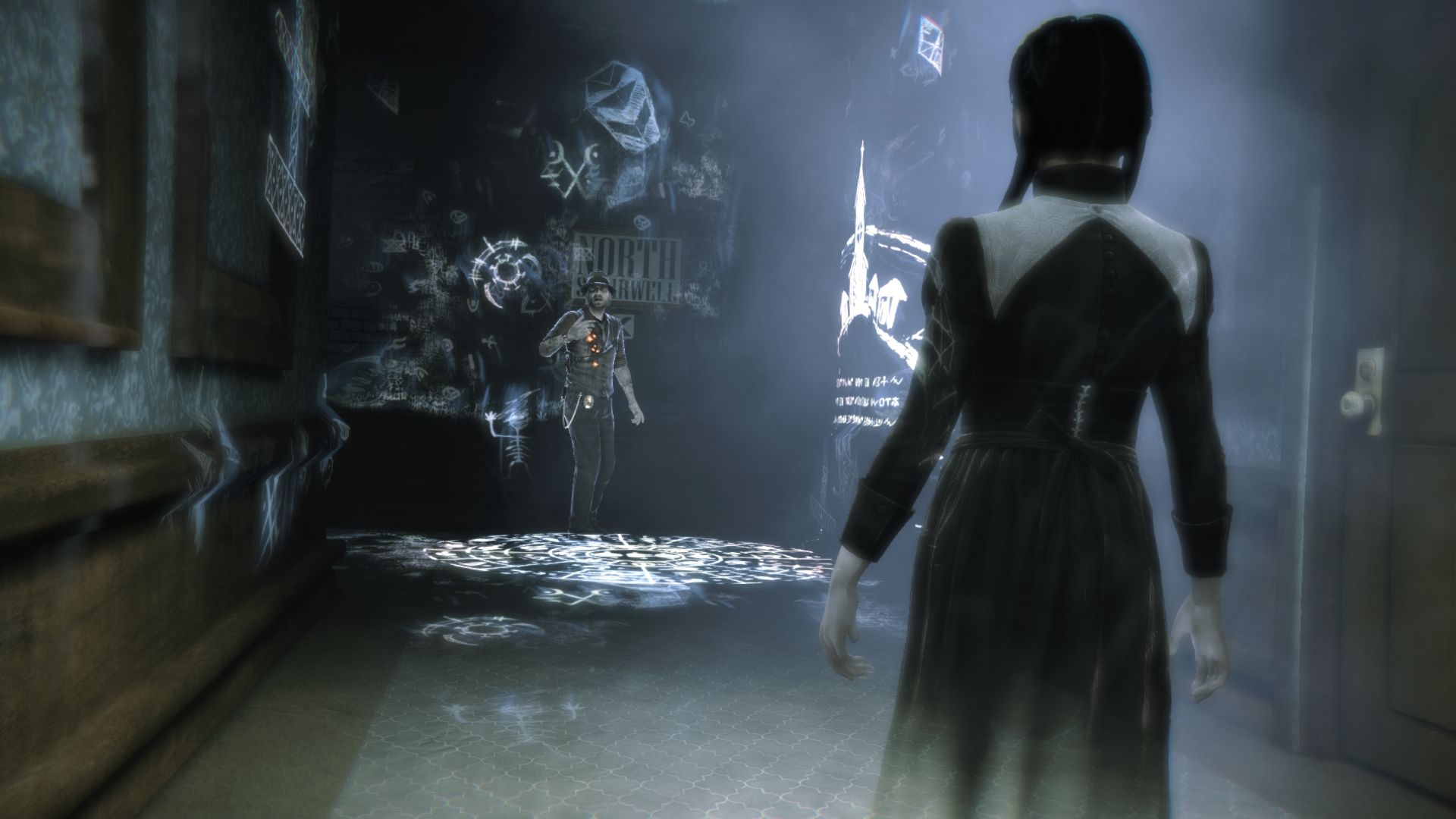 The plot plays out like hardboiled detective fiction steeped in horror tropes. Ronan monologues like a disembodied Philip Marlowe, but he also passes through walls, possesses the living and talks to mediums (people who can communicate with the spirit world). While the narrative doesn't break new ground for either genre, it's well-paced and stocked with characters that I immediately cared about, including Joy, a sassy young medium, and surprisingly, Ronan himself. I was invested in Ronan's story from the first moments of the game, despite the tired "tattooed antihero" archetype he appears to represent. There's pathos in his story, lent from a difficult upbringing and the losses he's suffered. He's a criminal-turned-cop trying to atone for his past, and he shows real empathy and even tenderness in the way he deals with others — living or dead.

As a ghostly Ronan, it was my job to play detective. For the most part, investigations are straightforward. I would walk around a crime scene or room, examining objects of relevance, occasionally possessing living bystanders or witnesses to read their minds, peek through their eyes, or influence their memory to find further clues. In one early scene, I needed to break into the Bell Killer "war room" at the police precinct and check for leads on the case. I possessed one cop sitting at a computer so I could look through his eyes and get crucial details about a person of interest.

Once I examined all of the evidence in a scene, I had to choose from a visual list of clues to solve the present mystery. Often, I had to pick the three most relevant details that directly addressed a question — "what was the killer doing in the room," for example. I could click on an image depicting a memory I triggered in a possessed witness, or a picture that showed a murder weapon. Finding the right clues was a matter of simple logic, and Soul Suspect didn't punish me for guessing wrong on occasion. The system let me get inside Ronan's head, and I enjoyed playing amatuer detective. I found myself talking to the screen, puzzling out the various clues and getting excited when I nailed the solution on my first try.

I found the most satisfaction in helping other ghosts resolve their pasts and "cross over" to the afterlife. These took the form of side quests where I'd use Ronan's detective skills to look for clues about their death, then report back and allow them to move on. One ghost appeared on the beach near a capsized ship — I investigated and found that she was a hero who saved people from drowning during a cataclysmic sinking. Another ghost was tormented by the thought that he was driving drunk and had killed his friends. These were tiny stories, completely optional, but they added a great deal to Soul Suspect's fiction. I sought out as many as I could find.

In between investigations, I used my ghostly powers to get around. I possessed cats to get into tight spots and climb up ledges, and teleported short distances. Occasionally, I was tasked with guiding a living companion through a high security area. In order to get her through, I had to posses ("poltergeist") inanimate objects to distract guards so she could slip by unnoticed. These areas were always exciting — there's a simple joy in freaking people out by, say, making a copier start bursting paper from its tray, or turning a TV on and off. 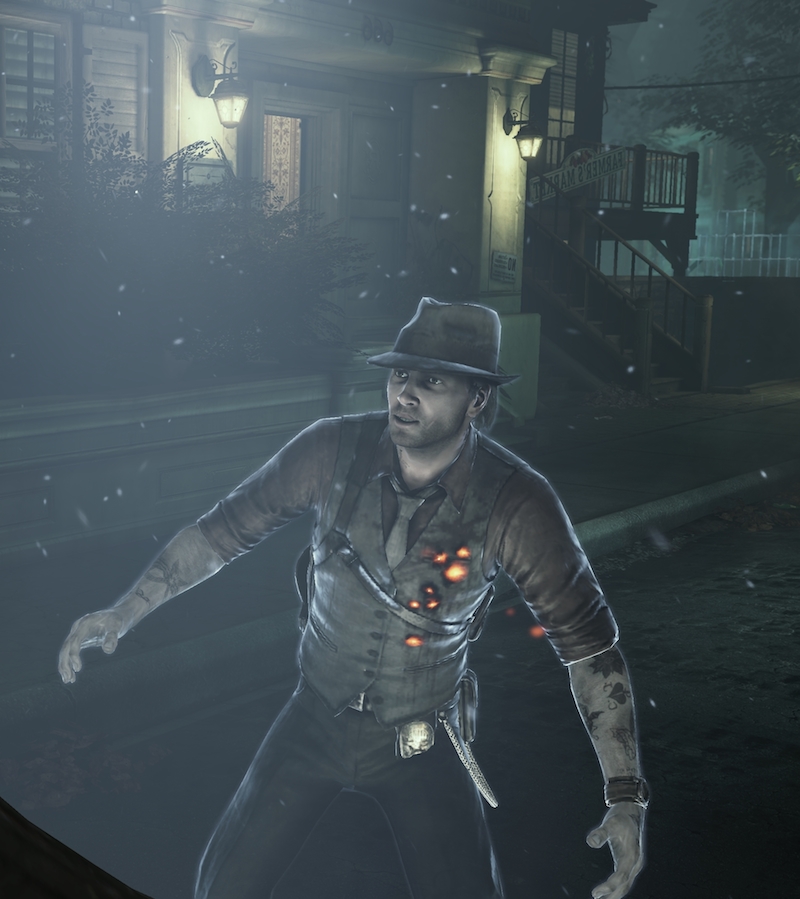 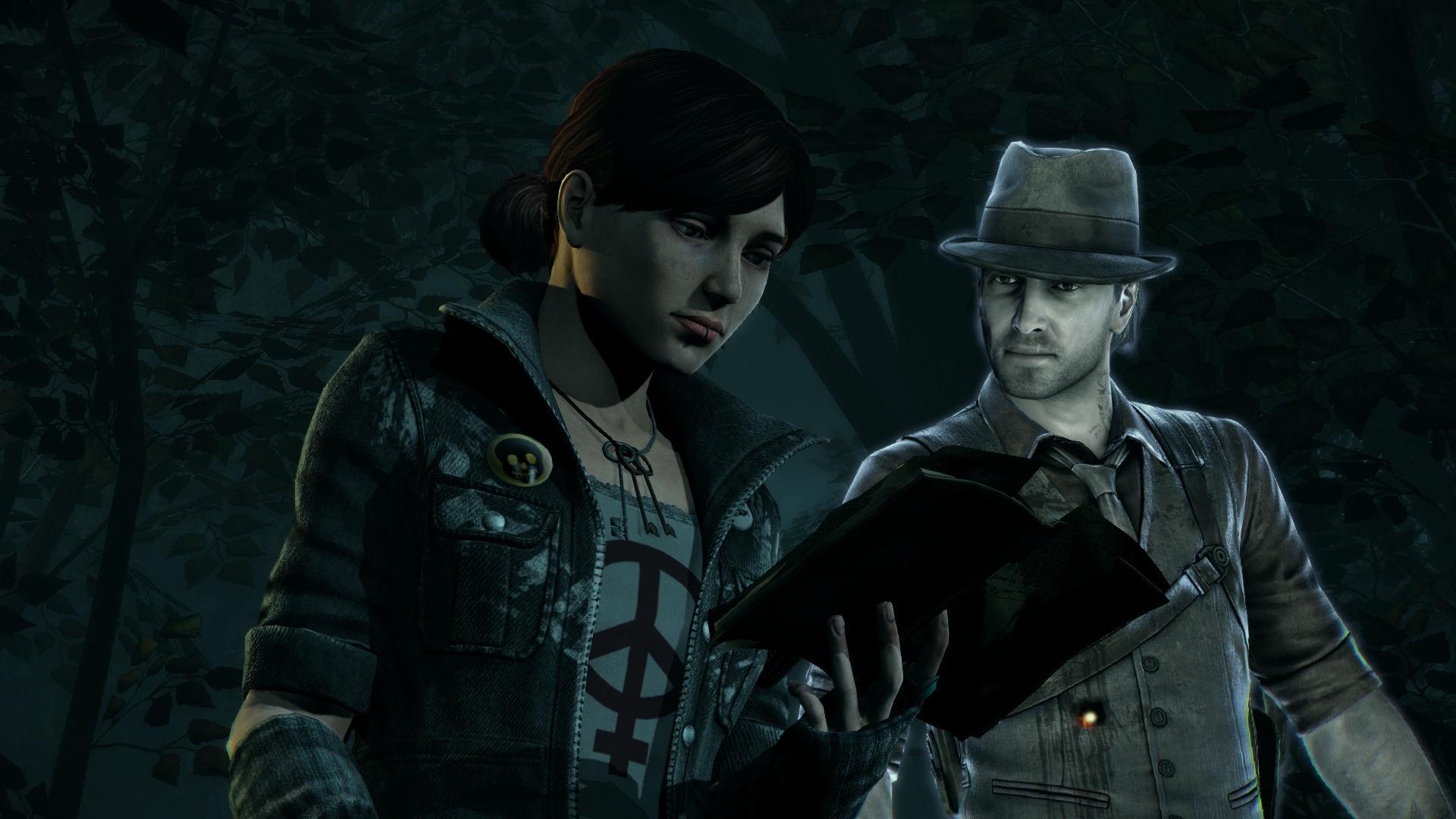 Airtight's loving rendition of Salem is a chief reason that Soul Suspect works so well. Salem is a real-life harbor city famous for the witch trials that gripped the populace in the 1600s, as depicted in The Crucible. Airtight built a ghostly version that looks and sounds like the real thing — complete with nods to the town's maritime history, countless seafood houses, and grisly tourist attractions — like witch museums and graveyard tours. The only thing missing? Almost none of the locals in the game sport the signature New England accent.

there's a simple joy in freaking people out

All of the funhouse antics died down when the stealth situation involved demons. Demons are the only enemies that can "kill" Ronan, so I needed to teleport from shadow to shadow to avoid getting my soul sucked. I could execute demons by sneaking up on them, but they had the nasty habit of turning their ghostly backs the moment I wanted to do them in, which led to frustrating deaths. The whole demon enterprise felt like padding — I was invested enough in the story and the detective mechanics, and certainly didn't need a slow stealth puzzle after every major investigation scene.

Soul Suspect is also held back by a few aggravating technical glitches. On the lower end, these issues were merely annoying. For example, the voiceover audio almost never matched up with the subtitles. But occasionally, a game-breaking glitch would ruin the flow. In my very first investigation, the buttons for examining a clue malfunctioned, prompting a restart. And the game crashed on me once during my playthrough. None of this happened often enough to ruin my experience, but it took me out of the game when it did.

Soul Suspect's narrative and world kept me going despite these irritations. Like any great detective story, Soul Suspect is linear, but that was never a problem for me. In between story sections, I was free to wander about Salem, discover hidden stories, chat with other ghosts and solve side quests. I could possess almost every living person and read their mind, eavesdrop on conversations, and generally take in the rich world Airtight built.

Murdered: Soul Suspect is awash in tropes, but somehow, that's part of the charm. It's a pulpy detective tale remixed as a classic ghost story, and it works as a sort of playable B-movie. It's linear and mechanically simple, but it flows well and keeps a fast pace, at least as long as I wasn't chasing down demons. Supernatural Salem was a rich, sad, beautiful place to visit, and as it turned out, Ronan was the perfect tour guide.