Additionally, players who pre-order the $39.99 standard edition of Curtain Call will receive a free upgrade to the Limited Edition, which includes a five-track CD featuring remixes from the game's soundtrack. Pre-orders are open today through Amazon.

Theatrhythm Final Fantasy Curtain Call launched in Japan last month. For more details on the series' gameplay, check out our review of its predecessor. 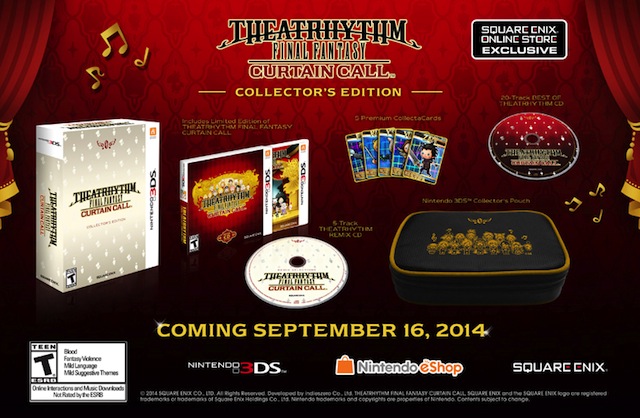