Share All sharing options for: Get a glimpse of the alleged controller that may ship with Android TV

Android TV, Google's platform designed to deliver entertainment and games on televisions, may ship with an Xbox One-like controller, according to a photo of the alleged peripheral taken by Google I/O 2014 attendee Artem Russakovskii.

According to Russakovskii, the Android TV box will ship with the controller, which sports two thumbsticks, four face buttons, D-pad, home button, two navigation buttons, a line of four LEDs and shoulder buttons. The photo is followed by renders of the controller found in the Android L Developer Preview build's directory by Reddit user bedofgoatturds.

As demonstrated during Google's conference, Android TV allows the use of virtual controls on a smartphone or tablet, a remote control or a game controller and voice navigation is built into the interface. Android TV will run on set-top boxes and can be integrated into TVs.

Razer also unveiled its own livingroom entertainment product during Google I/O 2014 with its Android TV-powered micro-console. Along with an "emphasis on gaming, Razer's unnamed micro-console will stream movies, music and other apps. Amazon's recently announced Fire TV also supports a game controller and is designed to support mobile games in the living room. 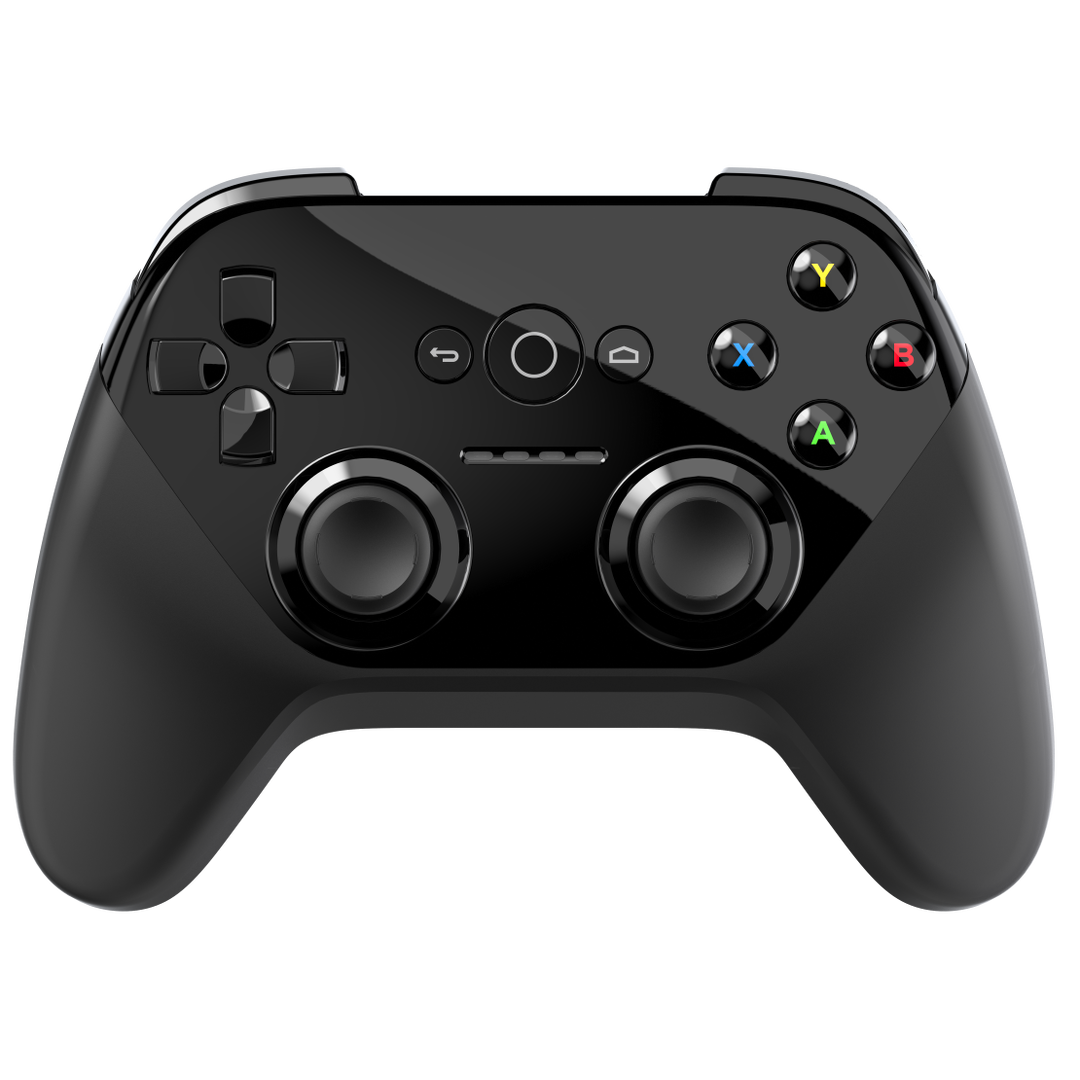