What if 'he' and 'she' were interchangeable in a game's story?

Share All sharing options for: What if 'he' and 'she' were interchangeable in a game's story?

Comments made by Assassin's Creed Unity developers during E3 kicked off a conversation about the gender of playable video game characters, and one game writer recently pondered whether it would matter if a character's gender were simply made interchangeable.

In response to Ubisoft's statement that more than 8,000 animations would have to be redone in order for Assassin's Creed Unity to offer female avatars in its co-op mode, an animator who worked on Assassin's Creed 3 told Polygon that developers could just "replace a handful of animations" since male and female skeletons aren't usually very different — although he admitted that would be a "compromise in quality."

Sande Chen, a veteran game writer with credits including The Witcher, wrote in a blog post on Game Design Aspect of the Month last week that the aforementioned discussion reminded her of another thought experiment about characters' gender. What if developers weren't considering gender in the pre-production phase, or even during development, but instead were presented with a question about gender after a game was released? 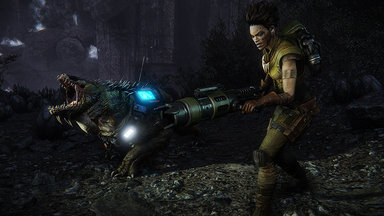 As game players diversify, developers start to rethink the stars of their games

Chen related the story of a developer of text-based romance games whose customers, after playing one of the studio's games, asked why the title didn't offer a same-sex romance option as in games such as Dragon Age 2. The company wondered if it could satisfy the customers simply by replacing the love interest's pronouns with those of the opposite gender — swapping out "he" for "she," or vice versa.

In Chen's opinion, that would not only undermine the story the developers were trying to tell, it would leave players feeling "cheated."

"I have played a Choose Your Own Adventure (CYOA) game that did something similar and I truly felt cheated because my choice of gender was as meaningless as the selection of eye color in the game," said Chen. "I understood that the author had very cleverly done this to avoid writing whole sets of branching narrative. Yet, I couldn't help but feel that the whole fun of choosing a female or male character in a romance game had been taken away from me."

The visual presentation of male and female avatars might be relatively fungible, if developers design a game that way from the start. But the way Chen sees it, an interactive story has to be written with unique relationships between characters of various genders. According to Chen, the studio ended up deciding not to make the gender pronouns interchangeable.