The vintage E.T. ads and commercials Atari used to try and do the impossible

Share All sharing options for: The vintage E.T. ads and commercials Atari used to try and do the impossible

It was supposed to be huge for Atari, but as a landfill in New Mexico recently proved, Atari was as lost as the titular creature from outer space in E.T. the Extra-Terrestrial.

The Atari 2600 game sold more than a million copies, but a former Atari engineer, Jerry Jessop, told Polygon that Atari manufactured about 20 million cartridges — more units than there were consoles to play them on. It was supposed to be a system seller. Instead, many blame it for the video game market crash of the early 1980s.

Long before it became the stuff of urban legend, E.T. the Extra-Terrestrial was Atari's hope for Christmas 1982. What follows are the magazine ads (complete with E.T. himself and Henry Thomas, the child actor who played Elliott in the film) and TV commercials that sold sold the console as much as the game, all of which Atari deployed in a marketing campaign for a game that tried to do the impossible.

A holiday commercial from 1982, starring E.T. himself. 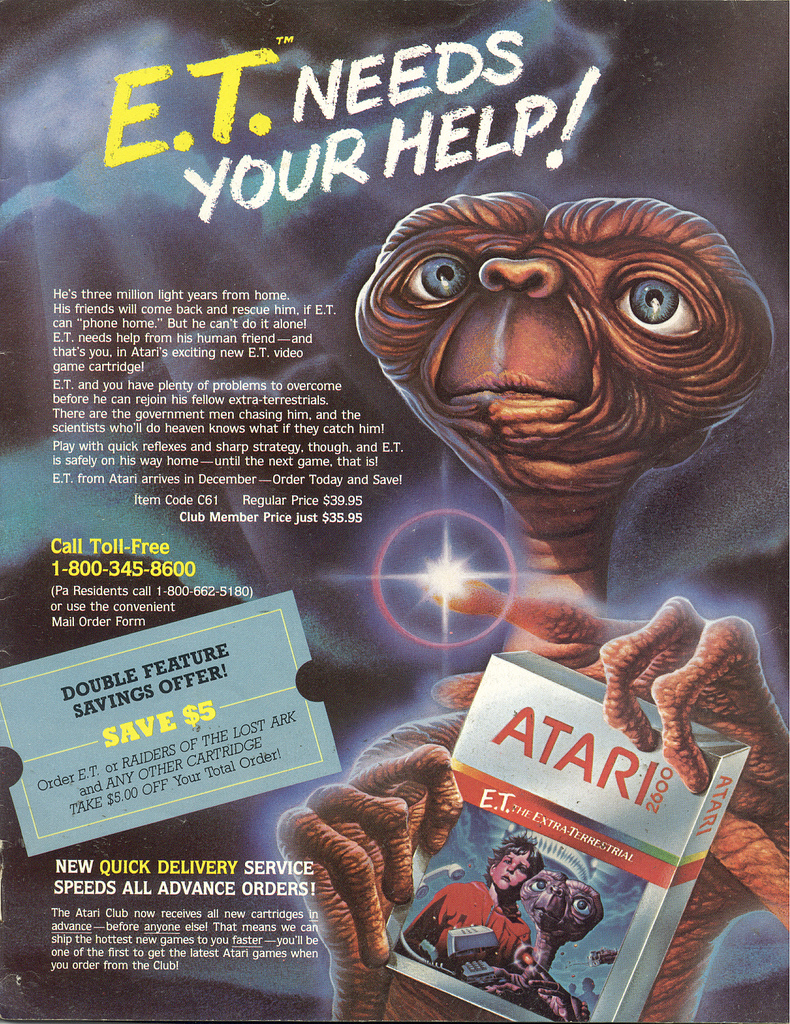 The benefits of being a member of The Atari Club included $5 off the $39.95 game. 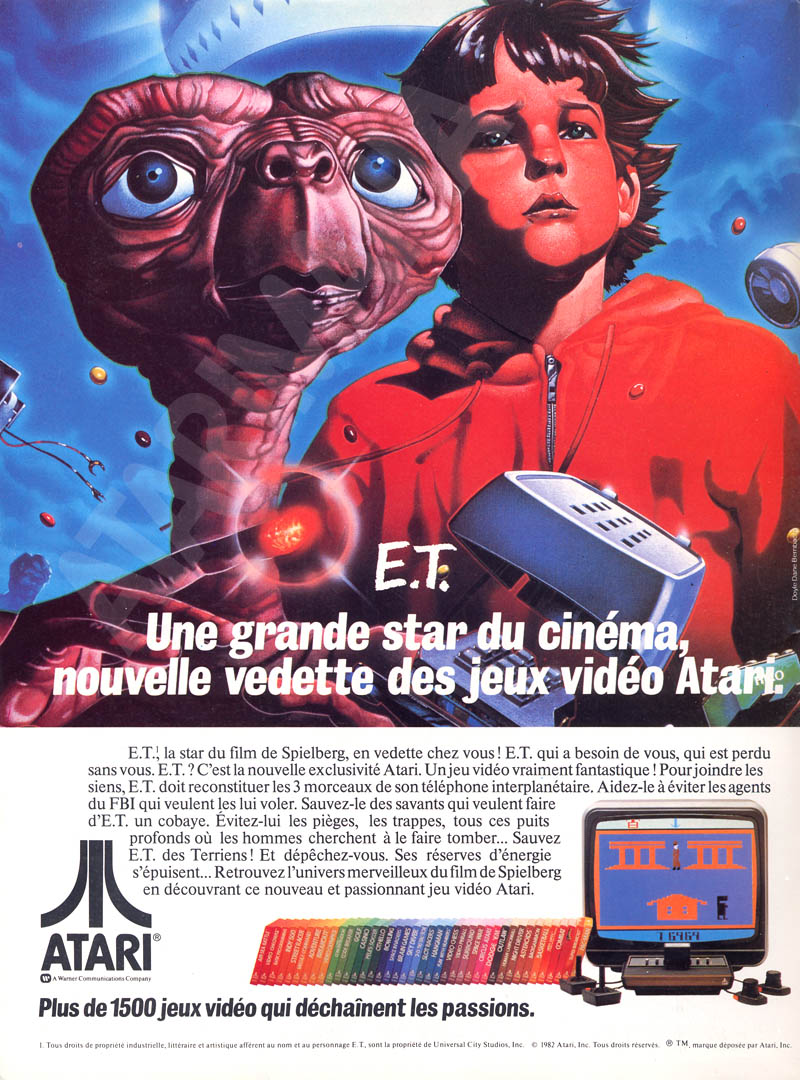 Of course, Atari's marketing didn't end in the U.S.

The little boy returns for a cinematic trailer. 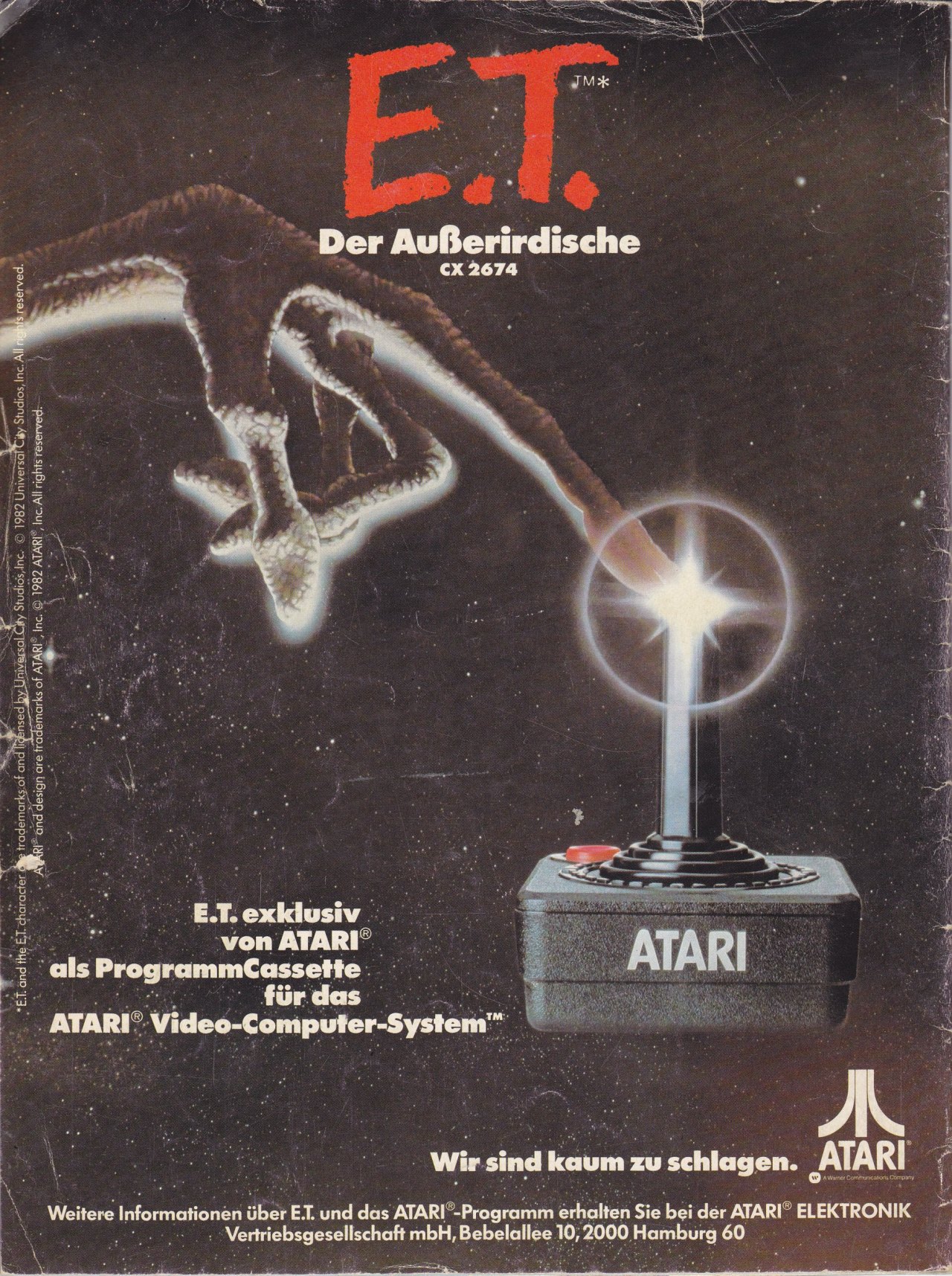 For more on Atari, E.T. the Extra Terrestrial and how Fuel Industries came to dig in Alamogordo, New Mexico, be sure to read our feature. You can also learn more about early games based on movies in our recent report and why the game may not have been the worst ever made in our interview with its creator, Scott Warshaw.