Always Sometimes Monsters is an ambitious meditation on modern life

Always Sometimes Monsters wears its heart proudly on its sleeve.

This 2D open-world game is wildly ambitious in its narrative goals — it comments on everything the developers take issue with in the modern world. Playing Always Sometimes Monsters at times feels like talking to an enthusiastic — and generally bright — friend who tries a little too hard to convince you of something you already believe. It has a lot to say, and most of what it says has value, though it's not terribly subtle.

Always Sometimes Monsters dropped me into the 16-bit shoes of my chosen protagonist — a young writer struggling to finish her first novel, pay rent and deal with heartbreak. At the beginning, my bigoted landlord — who referred to my Asian female character "little China girl" — kicked me out on the street until I could pay rent. From there, I had to scrounge up work in order to make rent and earn enough to get out of town, chasing down a lost love.

My toolset for pursuing those goals was simple. I navigated pixel-art cityscapes filled with sketchy alleyways, residences, shops and businesses, scraping up work, soaking in the environmental details, and, most importantly, talking to people. Much of the game is concerned with decision-making via dialogue trees, so interactions with other characters were key to getting by. 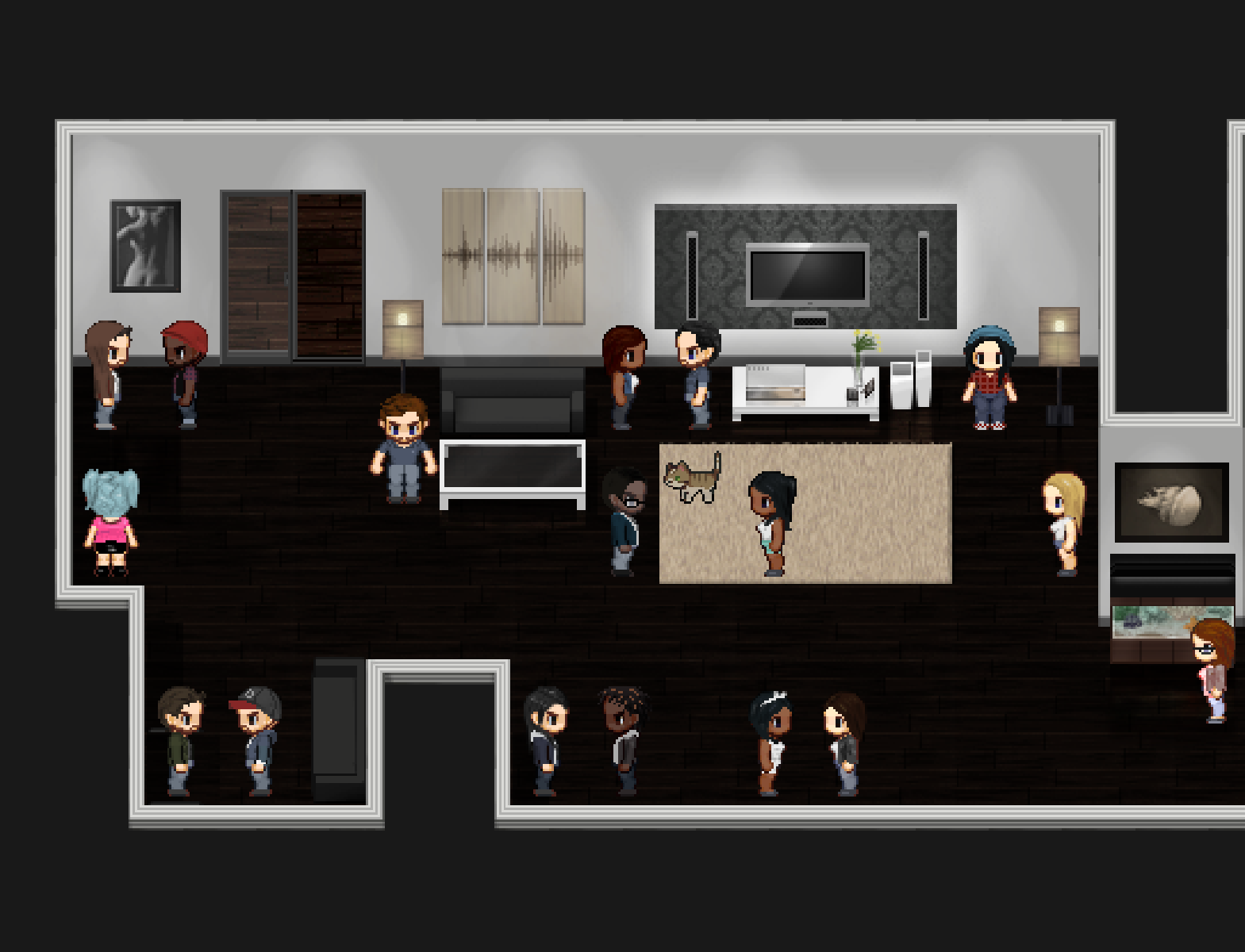 In one early scenario, I had to choose whether or not to help an addicted friend get help, even when that meant blackmailing a sleazy doctor who insisted that "not every life is equal." Whether the choices were big and dramatic or mundane, every decision I made in the game felt like it mattered. I saw that friend in the hospital, fighting for his life. And I saw him later, while he was attending rehab and doing better. There were weighty consequences for every choice.

One element I had no choice in was the need to find work. I had to spend a good chunk of my playtime in mini games that replicated lower-wage work — factory work in a slaughterhouse, taking care of young children at daycare, moving boxes in a warehouse. 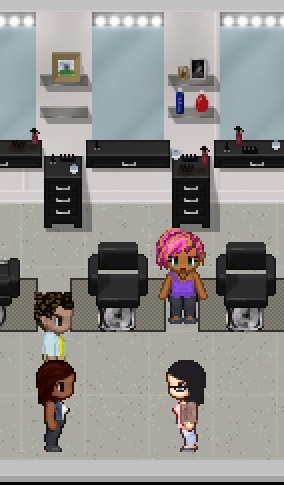 With some exceptions, these sections of the game were mind-numbingly boring — purposefully so. In the warehouse, for example, I had to pick up a box from a conveyor belt, then walk it over to a truck, and walk back. Hundreds of times. Factory work wasn't much better — I had to press the same buttons, in the same order, hundreds of times. I managed to achieve a zen-like state while engaging in some of these tasks. Every keystroke was applied in numbing rhythm, and when I screwed up, I actually got flustered. The message was implicit in the gameplay — these jobs suck. Always Sometimes Monsters isn't shy about painting low wage work as dehumanizing and unstable. That commentary worked well for me — well enough that sitting through a few dull factory sequences was worth it.

There are plenty of reprieves from this drudgery. I had one job as a freelance journalist that involved a press conference, a PR bribe and a whole slew of game industry in-jokes that elicited a chuckle. In a later section, I had to learn a complex boxing minigame in order to literally fight for an item I needed. These segments added some welcome variety, without compromising the game's general tone.

Every scenario in the game is steeped with commentary about the present situation, and how it connects to a broader worldview. Always Sometimes Monsters reflects a largely cold and uncaring world — where labor is cheap, rent is high, and the help of friends and family are essential to getting by. Implicitly, developer Vagabond Dog posits that love and creative ambition are the only goals worth going after.

I'm predisposed to agree with what Vagabond Dog is saying here. But I doubt Always Sometimes Monsters will change anyone's mind about the nature of the world. The commentary never goes much deeper than "hey, [this issue] sure is a problem," at least for a majority of the topics tackled. Partially, this is because Always Sometimes Monsters takes on a laundry list of issues — and by necessity, gives more time and attention to some over others. The game takes on the struggles of transgender people, difficulties with union representation, sexism, misogyny, homophobia, racism, classism, stagnation in politics, addiction, friendship, love and life. There's a lot to unpack here. It's never smarmy or too convenient — I never got the sense that I was watching an after school special. But Always Sometimes Monsters has more substantial things to say about some issues over others.

Always Sometimes Monsters shines when dealing with class issues. My character was forced to sleep in the street for several nights after getting kicked out of her apartment. On these nights, I had to find a dirty mattress in an alleyway, and my character commented that sleeping in such a place was unsafe and unsanitary. But I had no choice — the game forced me to face the situation head on. It made me confront the uncomfortable truth that I could easily find myself out in the cold if my luck changed.

The writing also does justice to issues of gender and sexuality. At the game's outset, I was able to choose my character from a crowd at a party and choose my romantic partner the same way. Always Sometimes Monsters allowed me to play as a character I identified with — a queer woman — and the game treated that with nuance.

Early on, I had dinner with an elderly woman in my apartment building. We talked about lost loves, and the older woman didn't judge my character for being gay. It was refreshing to see this kind of open dialogue happening in a game. This acknowledgement of my character's sexuality went both ways — later in the game, when a friend was upset with me, she yelled, "This is what I get taking style advice from a dyke!" I've experienced similar scenarios in my own life, so seeing them presented with such honesty in Always Sometimes Monsters resonated deeply with me.

While Always Sometimes Monsters tackles a lot of serious subjects, it also has moments of levity. The game is lousy with in-jokes and self-indulgent references to indie game development — including several cameos from the developers themselves. The references are hit or miss, and there's definitely a poop joke too many for my taste.

Always Sometimes Monsters is an ambitious meditation on modern life

Always Sometimes Monsters isn't subtle in its commentary, nor will it convert anyone who isn't already onboard with its generally liberal, vaguely artsy sensibilities. But it still hit me hard by putting me directly into difficult situations and giving me a character I really felt for. It's an earnest look at life under tough economic pressure, at love when things don't go according to plan and at a creative career during its shittiest lows. It has a lot to say, and importantly, it speaks from the heart.