Pushmo World has everything I want to feel when playing a puzzle game.

Intelligent Systems' third Pushmo game — and the first to arrive on consoles — taught me to understand its rules without making learning feel like rote instruction. It twists gameplay at intervals to make the game's core challenges feel new. And, perhaps most importantly, it made me feel like a certifiable genius when I pushed and climbed to solve its grandest visual riddles.

Pushmo World exists underneath the thinnest of narrative veneers. You are Mallo, a pudgy little cat role-playing as a sumo wrestler. Dozens of children are trapped at the top of titular pushmos — three-dimensional, block-based puzzles. Your job in each of the game's 250 stages is to manipulate those colored blocks — an act as simple as walking up to one, pressing A and pressing up to push up or down to pull — and create a path to the top and save the children. 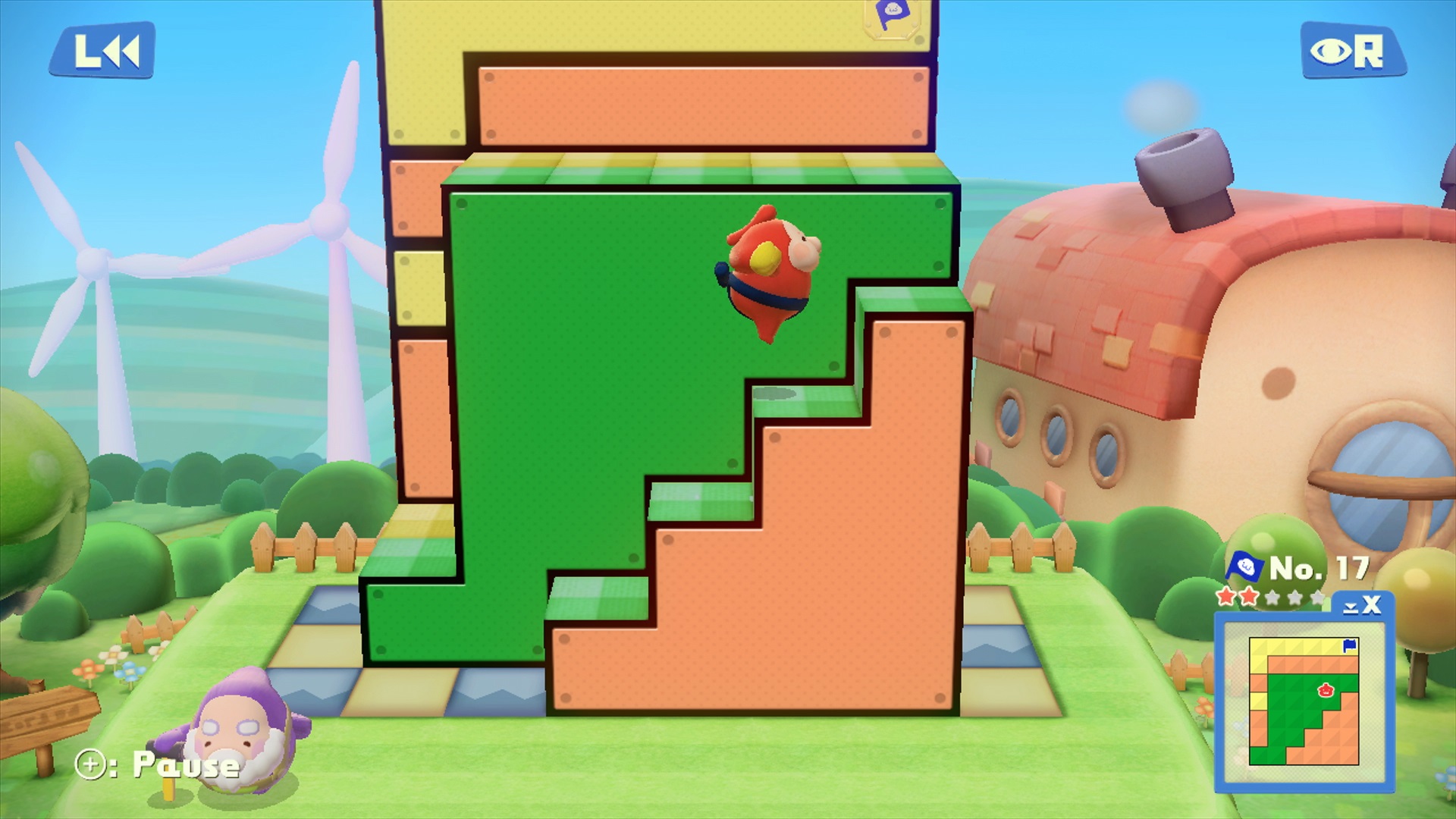 Pushmo's strength lies in its apparent simplicity. Like a game of chess, almost every puzzle begins with a straightforward and obvious move. In the earliest stages, the puzzles are small and built with a handful of shapes. I only had a few options, which was fine as I acclimated myself to the game. Those early puzzles didn't require planning; I just dove in. I pulled three times here, hopped on top of that Tetris-shaped block, pulled twice over there to reveal a makeshift staircase, and soon the path to a child's salvation became apparent. I learned by doing.

Just as I began seeing critical paths before I started solving the puzzles, Pushmo World found new ways to challenge me and became a more interesting game for it. The game added new mechanics such as warps or pullout and pushback switches, which trigger all pieces of a given color to expand, often blocking my path if I hit them too early. As puzzles became more complex, my approach to solving them had to change. I had to take time and consider each move — and often reconsider the move I'd made a minute earlier. Timing became important, and the order in which I pushed and pulled made the difference between success and hitting the reset button. Those additions usher out the sameness that could have crept into the game's 250 puzzles and keep Pushmo World feeling new. 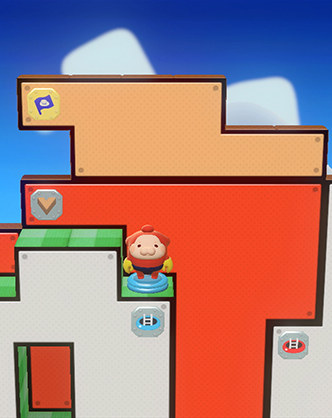 As the campaign progresses, pushmos grow bigger. Puzzles built on small, square grids at the beginning of the game expand to massive structures shaped like pencils and pixelated sharks the size of skyscrapers. Some of these giant puzzles confounded me, taking several tries and as long as an hour to finally figure out. I didn't have to solve the most difficult puzzles, but I wanted to solve them because I knew I could. I was pushed to use and perfect the skills I'd learned in every previous scenario.

Whenever I got stuck — and I often did on a puzzle or two in each of Pushmo World's 10-puzzle levels — I ran to the game's training grounds. There are no children to save here. Instead, these puzzles are laser-focused on teaching you how to understand the ever more serpentine solutions in the larger pushmos that await you. The training levels unlock in tandem with the campaign's levels, so I used them as a retreat. When I got stuck in the main campaign, I switched over to practice. I was happy to have someplace to hone my skills when I hit a wall.

Skipping confounding puzzles is always an option as well. You can pull up the pause menu and press a button to move on anytime you're stuck. Even when I did skip a level, it never felt like defeat; unsolved pushmos were always there, tempting me to go back. Inevitably I'd return with a fresh set of eyes and new experiences to guide me, and it always helped. It's a smart system that allowed me to keep momentum on the game instead of getting mired in frustration.

Pushmo World also includes a puzzle-building tool called Pushmo Studio. The Studio allows players to construct their own contraptions. After solving them, you can share your creations with the game's built-in QR code generator or by publishing them to the World Pushmo Fair, which was unavailable in the pre-release version we played.

Pushmo World's only problem isn't that much of a problem: Though it's available exclusively on Wii U, there's nothing about it that demands to be a console game. I played as much of the game on the GamePad with my TV off as I did with it on. The series was born on handheld devices, and it still feels mobile. I would have liked to take my puzzles on the road, rather than being wirelessly tethered to a console.

I was new to the franchise when I began playing Pushmo World, but it didn't take long to convert me into a fan. I discovered a constant trickle of "A-ha!" moments that made me feel like I was never far from progress, even when things got tough. That's exactly how I want to feel playing a puzzle game.

About Polygon's Reviews
9 Wii U