A company-wide meeting is currently being held at the Icelandic office of Eve Online developer CCP as the studio readies for a round of layoffs just months after the cancelation of the massively multiplayer game World of Darkness, a studio representative confirmed to Polygon.

As part of this restructuring, 49 employees will be laid off beginning today, we are told. CCP issued us the following statement, adding that severance packages will be offered to its employees who have been let go:

"As part of our strategy to focus on the EVE Universe, today CCP conducted a restructuring that resulted in the layoff of 49 people in our publishing organization. Though it is hard to say goodbye to our friends and family, this action concludes the process we started several months ago. CCP has provided severance packages and job placement assistance for those affected.

"Development teams and plans for EVE Online, EVE: Valkyrie, DUST 514, and 'Project Legion' are not impacted by the restructuring." 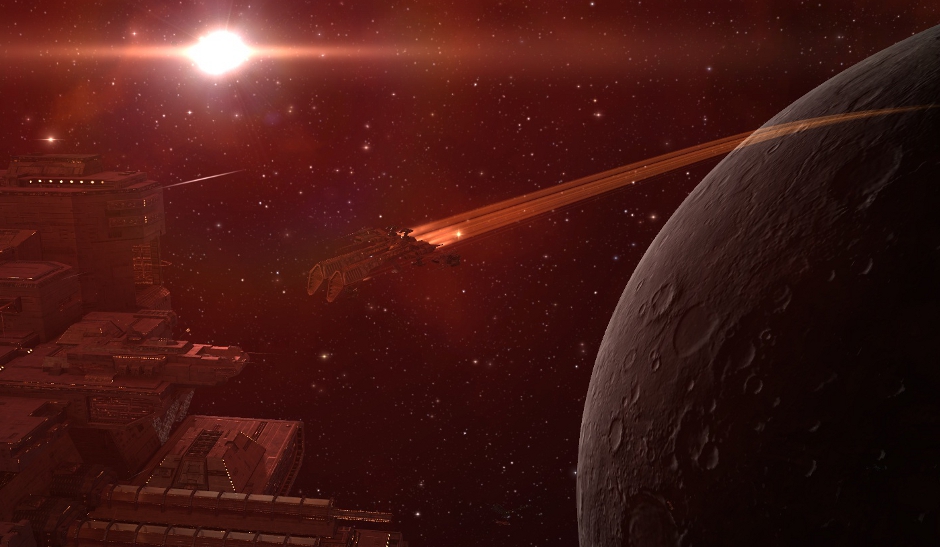 EVE: THE MOST THRILLING BORING GAME IN THE UNIVERSE

Sources close to the matter tell Polygon this is a "gigantic cut" for the Reykjavik office; however, staff at the company's other offices are affected as well. We're told this is likely the result of investor pressure, while CCP staff at the executive level remain untouched so far.

In April, the company began laying off staff following the cancellation of the long-in-development World of Darkness. As a result, 56 employees were laid off at CCP's Atlanta office.

"... To our current and former employees and fans of World of Darkness, I am truly sorry that we could not deliver the experience that we aspired to make," CCP CEO Hilmar Veigar Petursson said at the time. "We dreamed of a game that would transport you completely into the sweeping fantasy of World of Darkness, but had to admit that our efforts were falling regretfully short. One day I hope we will make it up to you."

The studio's remaining Atlanta team is currently working to develop titles within the Eve Universe. The studio is currently continuing development on Eve Online, Dust 514 and Eve Valkyrie.