Share All sharing options for: Why tattoos are just now returning to Madden with Madden NFL 15

Madden NFL 15's first screenshot, released today by publisher Electronic Arts on Twitter, is an action shot of San Francisco 49ers quarterback Colin Kaepernick, and the big deal here isn't any improvement in graphics — it's the ink on his arms.

In the screenshot, Kaepernick's arms are adorned with the same tattoos he has in real life. Seann Graddy, line producer for the Madden NFL series, confirmed to Polygon in a phone interview today that this is the first time any athlete has had tattoos in Madden since, at least, the series' transition to high-definition consoles with Madden NFL 06 in 2005. Prior to that, some individuals had generic tattoos, but because tattoos have been missing from the franchise for so long, Madden fans assumed the cause for their disappearance was a mandate from the NFL in its licensing contract with EA.

Not so, according to Graddy, who said that no such provision exists. 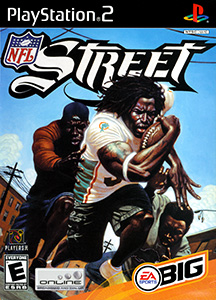 "It really comes down to a piece of art asset here that could be [copyrighted], frankly, as we've learned over time," Graddy explained. This problem came to light last year, when a tattoo artist sued EA and now-retired NFL running back Ricky Williams for copyright infringement. Williams had appeared on the cover of EA's 2004 title NFL Street with tattoos that the artist had inked, and the individual accused EA of using his work without his permission. The artist later dropped the case. (Update: Bloomberg Businessweek reported that following that lawsuit, the NFLPA began advising players to obtain copyright permissions for their tattoos as a preventive measure.)

As it stands, EA will only use real tattoos if the athlete himself first goes out and secures the permission of the artists. That's exactly what Kaepernick did, because he "takes his tattoos as a personal self-expression that he wants represented in any product or marketing thing that he's a part of," said Graddy.

According to Graddy, the Madden 15 developers at EA Tiburon obtained their own reference materials as a basis for Kaepernick's in-game tattoos. The process took "a fair amount of work" but "not a huge amount." However, if more players start to secure the rights for their tattoos and ask for them to be put into Madden, the effort required will pile up. Graddy said Tiburon would "absolutely" look into bringing players into the studio and scanning their bodies for tattoos, as they already do for some athletes' heads, in the future.

For now, Kaepernick is the only player who will appear in Madden 15 with his authentic tattoos, because he's the only one who has obtained the permissions from the artists involved. "We want to do this with every player, frankly, and we're hopeful that more players over time actually go out and secure the rights so that we can use their tattoos as well," said Graddy.

"We want to do this with every player, frankly"But if other athletes do come to EA with the appropriate rights secured, it's unlikely that Tiburon will be able to implement the in-game ink this year. According to Graddy, the studio is "four or five weeks away" from having a final version of the game ready. And it's not something that could be added to Madden 15 in a post-release update, because the game's patch technology would have to specifically support replacing a player's arms.

"We're not focused on that right now. We are more focused on solving it long-term for Madden 16," said Graddy.

Madden NFL 15 will be released Aug. 26 on PlayStation 3, PS4, Xbox 360 and Xbox One. When EA announced the game earlier this year, the company put out a teaser trailer featuring the Panthers' Luke Kuechly; this year's game will feature a focus on defense. You can expect more details on Madden 15 during E3 2014 next week.