Tomodachi Life is tailor-made for people who used to put their friends' names into Oregon Trail, just to see what kind of horrors they could subject them to.

There's a strange kind of power in games like that; like XCOM, with its nameable soldiers, or The Sims' customizable families. Exerting virtual control over your real-life friends can be a joyous thing, especially when the scenarios you're forcing them into are utterly bizarre. And if you take one thing away from this review, let it be this: Tomodachi Life is, hands down, one of the most bizarre games ever released.

It's not just the situations your Miis will find themselves in — daily rap battles, ensemble musical theater performances, occult worship of inanimate objects — it's the very structure of Tomodachi Life that's perplexing, and not always in a good way.

Tomodachi Life doesn't fall neatly into the life simulation genre, as titles like Animal Crossing or The Sims give you much more agency over the actions of your characters. The Miis who inhabit your island, either imported from the 3DS' Mii Maker app or created from scratch, will pursue relationships and form behaviors with little input from the player. 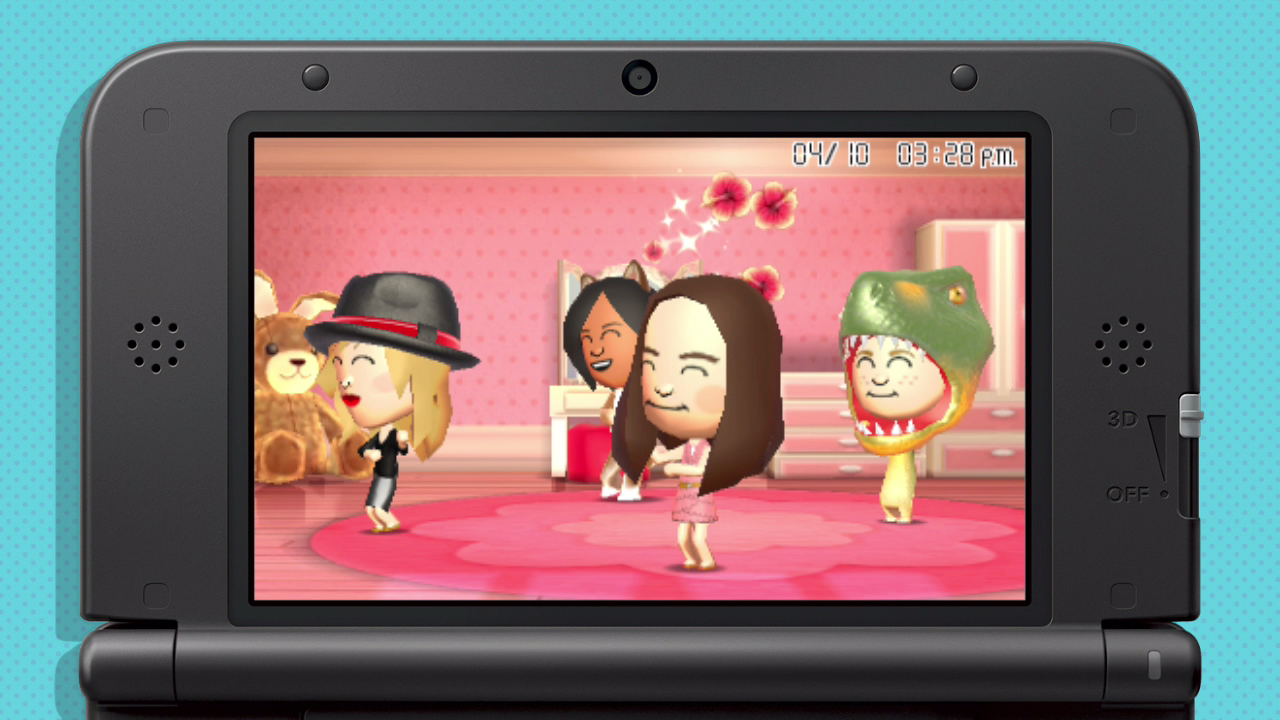 Life sims typically have a core gameplay goal of self-improvement and progression, but in Tomodachi Life, that thread is virtually non-existent. Each Mii has a happiness rating, which you can attempt to boost by spoiling them with gifts, food, clothing and interior decorations, but there's no guarantee that they'll actually like your offerings. When that rating "levels up," you get the opportunity to teach them a catchphrase or song, or give them a toy or furniture set. The list of rewards to choose from is small, and the progression loop becomes perfunctory very, very quickly.

The joys of Tomodachi Life aren't found in its mechanics, though — they're found in its humor, which is hardwired into every single facet of the game. It's the most comprehensively funny game I've ever played; from item descriptions, to dialogue (and the absurd vocaloid delivery of that dialogue), to the seemingly infinite number of events that Miis can take part in, every single joke manages to connect. 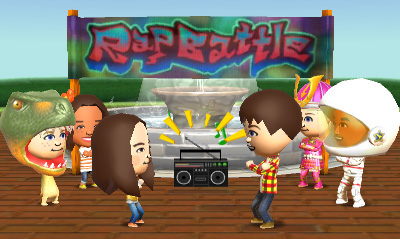 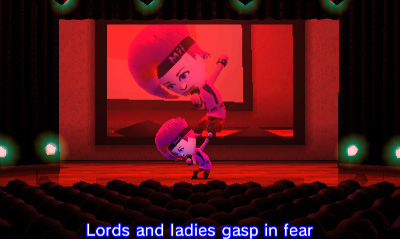 There's also something kind of magical about its single-player social game structure. It was weirdly thrilling watching my friends' Miis serendipitously develop traits they possess in real life. Similarly, it was fascinating watching them develop into their antitheses — a real-life party animal became a brooding lone wolf, while the shyest person I've ever met somehow became the island's de facto social chair. With a button press, you can capture those moments to an SD card, and share them with those real-world acquaintances; assuming they can take a joke.

Friendships will form between unexpected neighbors, which could eventually blossom into romantic relationships. The latter is a bizarre occurrence — the game not only disappointingly prohibits any same-sex match-ups, it also doesn't let you dictate who develops feelings for whom. I suppose that's the nature of love, but I cannot stress the frequency with which my islanders became infatuated with, essentially, the wrong people.

More than once, my brother's real-life wife attempted to set him up with one of my friends. Not a single one of my imported Miis matched up with their real-life counterparts, turning my copy of Tomodachi Life into a kind of bizarre swinger's party. You can establish the familial connections of your own Mii, ensuring that, for example, your sister doesn't develop a crush on you; beyond that, it's a free-for-all.

As disquieting as that may be, the wide variety of interactions you'll witness between your characters are endlessly entertaining. Those relationships, along with the vast number of outfits, room designs and meals that circulate onto store shelves every day, make Tomodachi Life feel like a game that could be endlessly playable. Unfortunately, its few — for lack of a better word — "traditional" game mechanics are awfully repetitive, enough so to dull the rest of the game's more compelling components.

For example, your villagers will frequently flag you down with requests for food, or a new ensemble, or for help getting a reluctant sneeze to come out. There's a decent mix of demands, but you'll still be fulfilling each one dozens of times, finding them more and more uninviting as time goes on. Sometimes your Miis will challenge you to a WarioWare-esque micro-game, which are similarly repetitive and occasionally super infuriating.

I suppose that's the most bizarre thing about Tomodachi Life; it wildly succeeds when its interactivity is pushed deep, deep into the background. When not attempting to guess what kind of food your Mii will like in service of improving an arbitrary stat, you can instead focus on the moment-to-moment delight your islanders provide. Just this morning on my island, Krampus, the Austrian Christmas demon, became best friends with Peter Gallagher's character from The O.C., which I did not orchestrate or anticipate. I cannot wait to see how that friendship blossoms.

Tomodachi Life has its flaws, but its charms are undeniable. Even at its most repetitive, it's enormously likable, because it has a message that few other games really possess: When you don't have control over life, wonderful things can happen on their own.