Why the lights, crowds and noise of E3 still matter

Share All sharing options for: Why the lights, crowds and noise of E3 still matter

There are compelling arguments for why the Electronic Entertainment Expo no longer needs to exist.

It's an expensive trade show, with the cost of booth space soaring into the millions. Live video streaming services like Twitch and Ustream make the show's media presence redundant; consumers can tune in and see what's going on from home. Publishers can announce their games via other means. The size and spectacle is a waste of resources. In a digital age where most information moves online, it seems unnecessary for the games industry to converge in Los Angeles each year for a three-day trade show.

Few people in the video game industry would argue with this. E3 is expensive. Live-streaming does allow viewers at home to see what the press see. And information can be easily distributed online. Despite agreeing with these sentiments, many people in the video game industry still believe E3 is an important show and one worth having every year — lights, crowds, loud music and all.

"It's almost bigger than needing a reason to exist..."

According to Mike Schramm, manager of qualitative insights at EEDAR, an event like E3 is important for the industry itself. On the business front, it's an opportunity for publishers, developers and retailers to meet, and it has traditionally been a place where deals and connections are made behind closed doors. Publishers and developers go to other video game conferences throughout the year, but E3 remains the one event that everyone attends. Even as more games are digitally distributed, a spokesperson for major retailer Target told Polygon E3 is still an opportunity for the company to discuss strategies and content. Target still goes every year, and it still uses the event as a litmus test for what may or may not sell.

On the publicity front, it's the one time of the year the games industry receives positive attention from the mainstream media. Schramm says it's more important than most people realize. 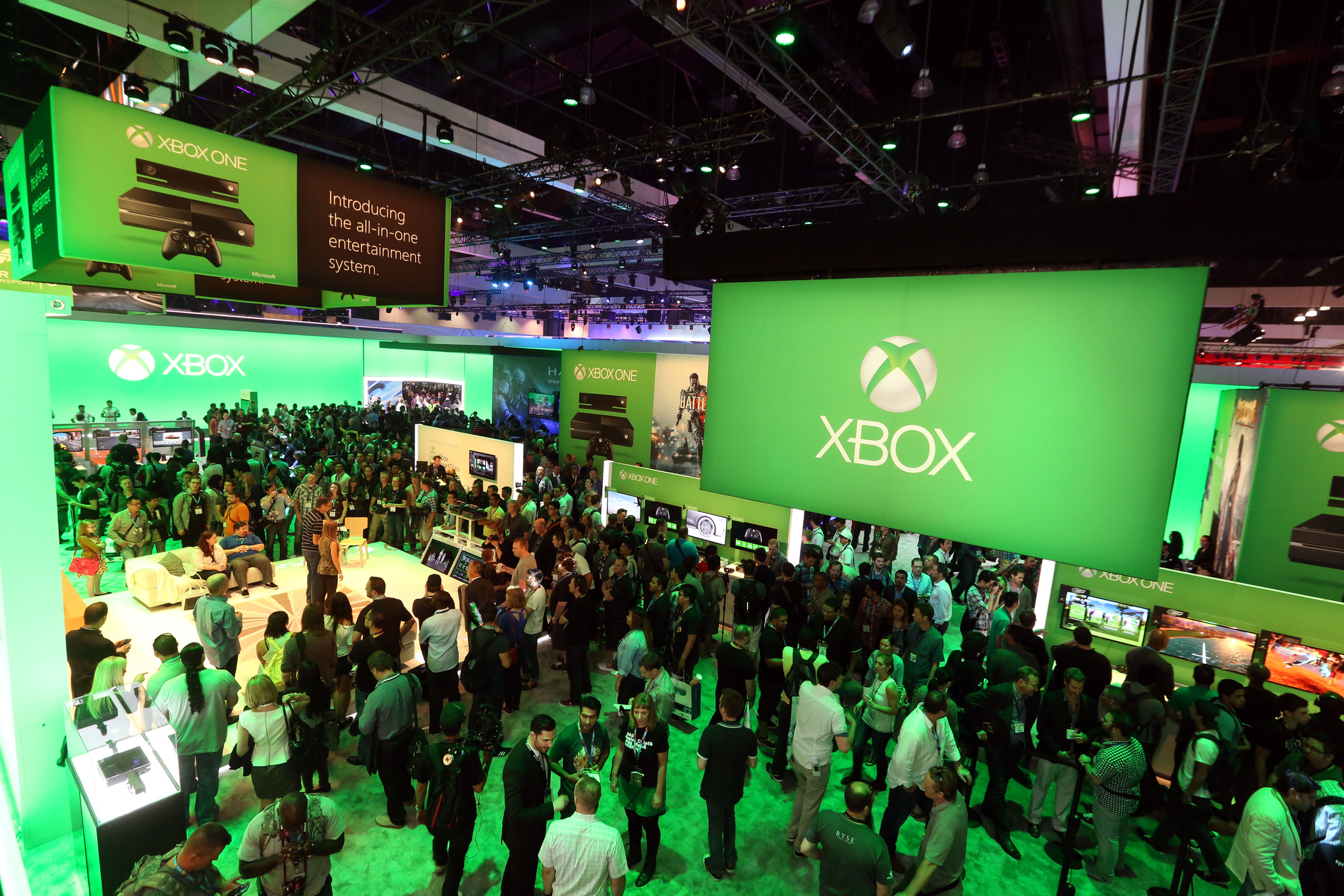 "If E3 didn't exist, the mainstream press would probably not focus on gaming on an ongoing basis," Schramm told Polygon. "Every time E3 comes around, you see it on TV. The local news will say E3 was held this week in L.A. and here are the newest things. I think that's really important to the industry."

And it's not just publicity for publicity's sake. Michael Pachter is an analyst with Wedbush Securities. He says E3 has the ability to draw the kind of attention no other video game conference, award show or expo can, and this is a boon for the entire industry. Consumers aren't going to spend money on hardware or software if they're not aware that it exists, and E3 is an opportunity for the industry to showcase its offerings while it has the world's attention.

"The biggest beneficiaries [of E3] are the console manufacturers because, ultimately, the first 30 million consoles each are sold to the guys who know everything and know all about what they're buying," Pachter said. "And the last 80 million each are more of a mass market audience. So the first 30 million are guys who are online every day reading everything in sight and understand the industry. The last 80 million are people who aren't on every day. They might be on once a week, or they might be on never. So it's important that you get broad coverage of a mass market event. 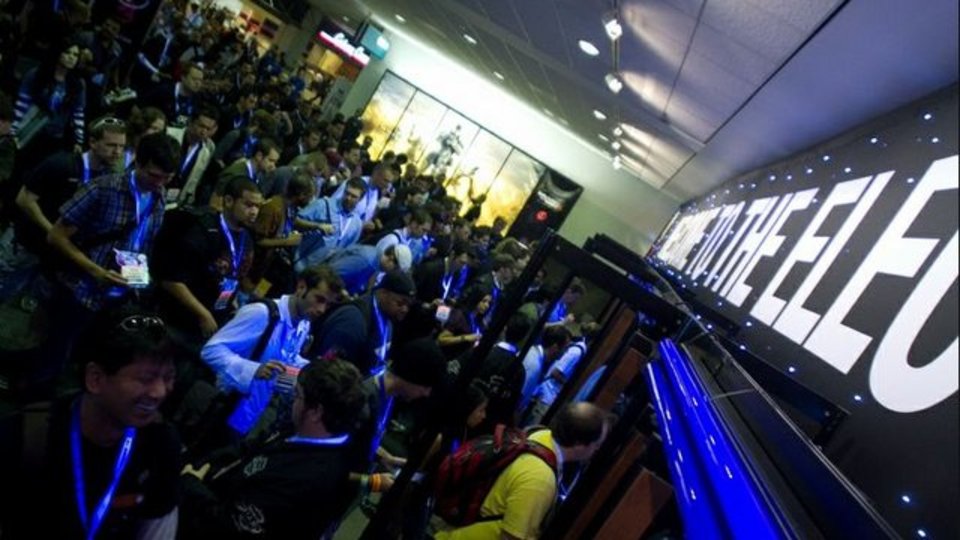 OPINION: E3 is loud, expensive, sexist and violent: It's also the only place to be next week

"When my mom looks at E3, she doesn't remember that Watch Dogs was revealed a year ago, and she certainly doesn't remember that Evolve was shown for the first time last year. She knows that Microsoft and Sony showed off the Xbox and PlayStation, though. It's good branding for those companies."

A show like E3 is also capable of making or breaking a game, according to Hit Detection consultant and former games journalist George Jones. "It's still a show capable of making kings," he said. "The awards that come out every year [from E3] are capable of propelling a game forward in terms of awareness, and games that don't show well ... those games lose awareness and they lose enthusiasm."

Jeff Green, who is also a consultant at Hit Detection and was formerly of Computer Gaming World and PopCap, said this awareness is why so many developers make the effort to be at E3. Yes, it's expensive to have a presence at the show. Yes, it's hard to get attention once you're at the show. And yes, there are plenty of reasons to bypass the show and make announcements through other channels. "But then you're not part of the show," he said. "And that was a decision we made back at PopCap. We had to be there because we had to show we were part of the conversation, we're part of the industry. So in that respect, E3 still matters."

E3 has traditionally been a show focused on PC and console games. Smaller indie titles and mobile gaming now control a significant portion of the video game market and, until recently, were unrepresented at E3. Executive director of the International Game Developers Association, Kate Edwards believes if there is a weakness in E3, that would be it.

All in the numbers

It's difficult to accurately measure the popularity of the show, though, because the ESA itself determines how many people can attend E3.

It was only in 2009 when the show returned to the Los Angeles Convention Center that the ESA loosened its policy on who could attend. As a result of this, the number of attendees rose to 41,000 — a 720 percent increase on the previous year.

It's also worth noting that in 2008, ESA CEO Michael Gallagher said in an interview that E3 made up 85 percent of the association's operating funds. In 2012, E3 made up only 55 percent of its revenue.

"I think the organizers need to work to be more inclusive of the newer trends, and I think to some degree they have," Edwards said, referring to the introduction of the IndieCade booth at E3. "That is at least an acknowledgement of that movement, which as we all know is very significant within our industry. It's going to be interesting to see how E3 works itself to evolve around that and to be more inclusive in that way."

Rich Taylor, senior vice president of the Entertainment Software Association — the organization that puts on E3 each year — told Polygon E3 is evolving to reflect the games industry. He pointed to the E3 mobile pavilion, where publishers, developers and platform creators like Facebook, Google and Kabam will have a presence. He also noted that the event is more popular than ever before, with the show consistently attracting more than 45,000 attendees in recent years.

E3 will take place this year from June 10-12 at the Los Angeles Convention Center. It will most likely be loud. There will most likely be crowds. And while attendees will no doubt question its relevance, this won't stop the show from continuing to be.

"It's almost bigger than needing a reason to exist," said Green. "It just is."