Fantasia: Music Evolved is definitely grooving to a different beat

Share All sharing options for: Fantasia: Music Evolved is definitely grooving to a different beat

After all, who in their right mind would want to spend four years working with a notoriously controlling corporation like Disney on a musical Kinect game that defies categorization? Who would want to reprise a 75-year-old commercial flop movie that, despite its status as a much-loved animation classic, is so much of a different age that it originally depicted a black horse shining a white horse's hooves?

"It's an ambitious product, and that's one of the risks," said lead designer Jonathan Mintz. "Fantasia didn't immediately capture an audience, but over time it grew. It was rereleased in the '60s and really caught on with the counterculture." The film came into its own in the 1980s, as a VCR megahit. 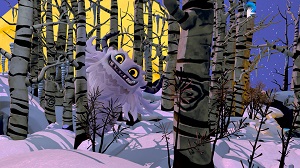 Harmonix today announced a release date for Fantasia: Music Evolved. The game will arrive on Oct. 21 for Xbox One and Xbox 360, with Kinect.

New songs also announced today include Depeche Mode's "Enjoy the Silence," Drake's "Take Care (ft. Rihanna)," "Message in a Bottle" from The Police, M.I.A.'s "Galang," "The Real Me" from The Who and Tchaikovsky's "The Nutcracker Medley."

"Similarly, I hope that people take to this right away, but I could also imagine a scenario where it's like ... when you do a new game experience, especially one that is abstract, that is motion control, where you have to get a sense of the experience to understand what's going on..."

Mintz won't say it outright but, yes, this is a game that screams of great commercial risk. It is doing that innovating thing we all want games to do, but which rarely do, because no-one in game publishing is in the business of losing money. Despite the original movie's long road to success, it is unlikely that either Disney or developer Harmonix will be satisfied with a counter-culture hit in 2034, or a new entertainment platform smash reprisal in 2054.

And yet, playing through this vaguely inexplicable game, it is difficult to avoid admiring its charm and its chutzpah. It is esoteric, artful, zany and wild. It flirts with Slavic folklore and hip-hop; trippy bohemianism and baffling literalism. There is a monkey in a spacesuit singing "Rocket Man." 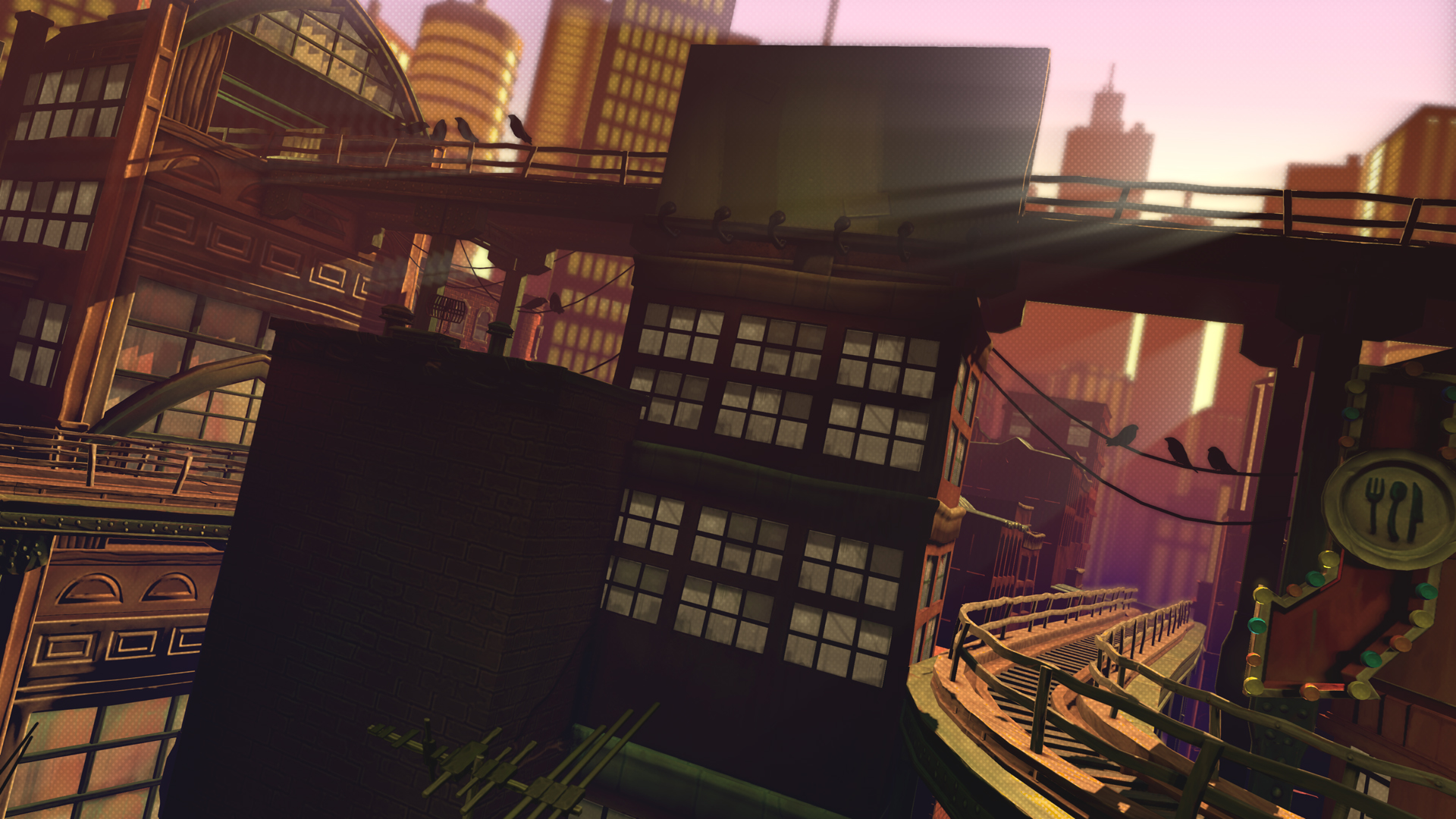 You the player stand in front of the Kinect and physically follow day-glo on-screen hieroglyphics, insanely grabbing, reaching, swinging and fist-pumping to audible and visual clues. It's basically Harmonix once again seeking to dig a game out of the grooves between sound, color and movement.

But there is more.

You are also, in a limited sense, a musician. The songs come in a variety of styles, so Dvorak's New World Symphony can be rendered traditionally, or in the style of a 1930s swing band or in the style of a 1980s video game soundtrack and so on. You can bring in various sections to work together, and create a sound that, while not wholly your own, offers the illusion of creativity.

And still we are not done. Underpinning all this is a story that begins with you as the apprentice of Yen Sid (the wizard in the movie) and then as a pal of a sidekick and helper called Scout. You visit a variety of lands, making music, solving aural problems and unlocking abilities. Mickey Mouse makes an appearance, along with a menagerie of colorful characters.

"You could think of the game as fan fiction in a way," said Mintz. "If Fantasia had lived through the entire 75 years since it came out, it would have transformed to this. 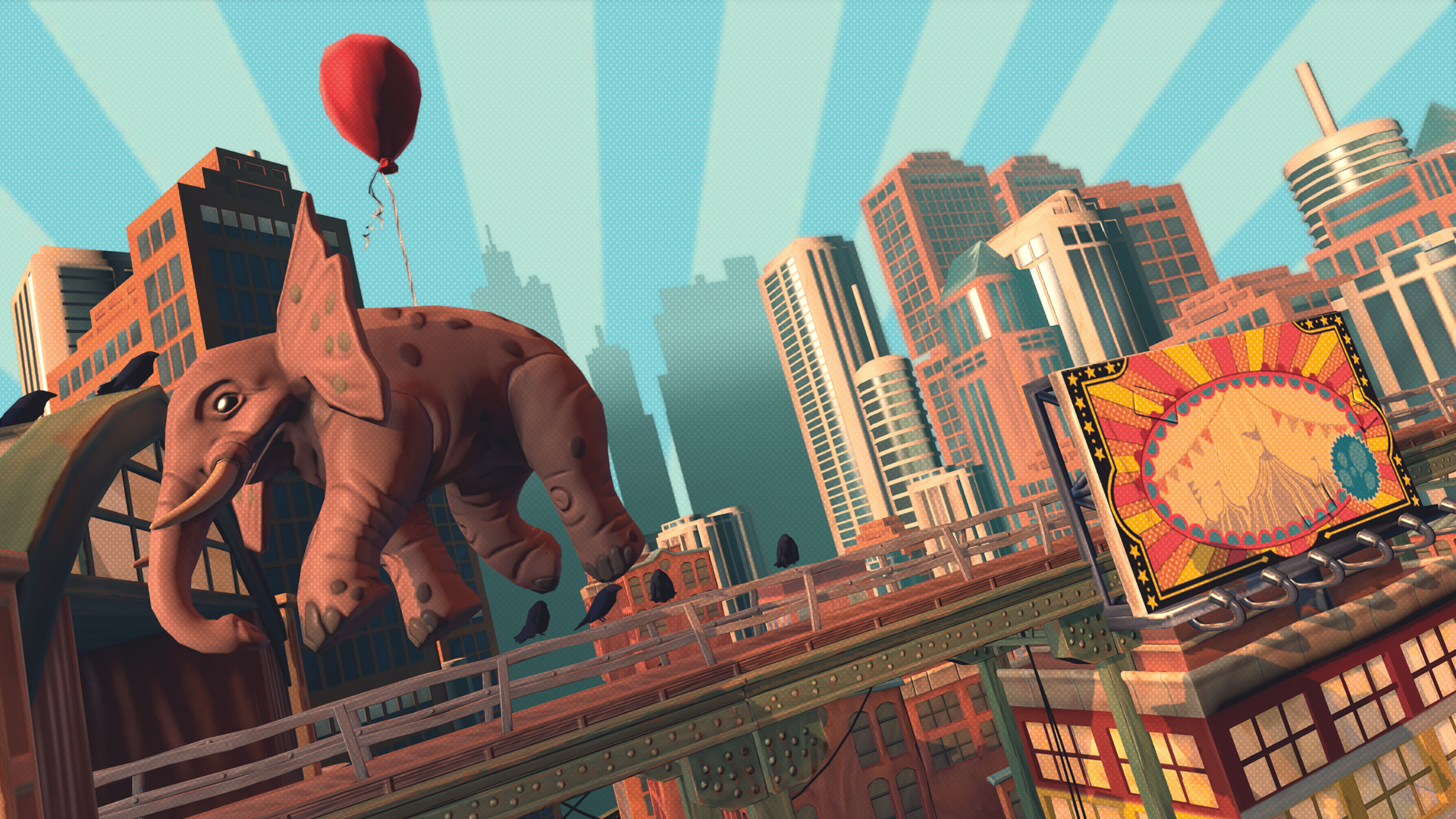 "It would have been more straightforward to take the soundtrack from the original, take the visuals from the original and update them. You could do the game with musical performance and use backgrounds that were inspired by the film. But that wouldn't have gotten to the spirit of the film. They [Disney] very specifically asked us to look at the spirit as opposed to the end product of what Fantasia was."

It is always worth remembering that Harmonix started out as a musical software company and just kinda wound up making games, in so doing, changing the face of gaming. It remains an experimental company, trying new things, some of which are good and find favor and some of which are good and take a while to really gel with the public.
The recent reappearance of Amplitude on Kickstarter ($844K raised), a, likeable but unsuccessful PlayStation 2 game from 2003, shows how far it has avoided becoming yet another games company churning out diverting takes on canon genres. 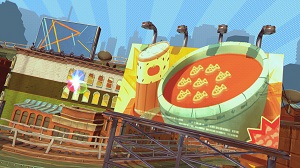 "We've always had this ambition to give people musical creative control," said Mintz. "But you can make music software and it will appeal to that audience. Walt's dream was making this music accessible to everybody, and we follow that tradition.

"It is not a totally empty canvas for the player to explore. It is a sandbox. We set up boundaries. We give you control over a keyboard solo, but that keyboard solo is constrained to a certain range, We want to make sure that there's nothing that's actually going to be discordant in that. We have taken out the things that will be egregiously broken.

"We watch a 10 year old kid get in front of the game, play it for an hour, learn the basic gestures, and then get to a point where they're going into these composition spells and auditioning the different sound samples and really actually thinking about what they want to create. They're like, 'Oh this is great, I'm doing that thing with the stick where you control the music.' I'm like, 'You don't know what that's called but I'm super psyched that you feel that way'."