Disney Infinity 2.0 is an ambitious attempt to evolve the series and all its characters

Share All sharing options for: Disney Infinity 2.0 is an ambitious attempt to evolve the series and all its characters

Consider the original Disney Infinity: It was a basic action game with characters provided by the figurines you placed on the Infinity Base, and its Toy Box mode allowed you to build your own worlds.

Take Disney Infinity as your foundation, then imagine layering a few other experiences on top: an action role-playing game, with a skill tree out of Mass Effect for upgrading the characters' abilities; the procedural generation technology from Minecraft's sandbox world; the game creation tools of LittleBigPlanet; and the interior decoration element of The Sims.

That combination is something like Avalanche Software's grand plan for Disney Infinity 2.0, which is set for release this September on PlayStation 3, PlayStation 4, Wii U, Windows PC, Xbox 360 and Xbox One.

As you would expect, everything from the original game — figures, Power Discs and Toy Boxes — will be compatible with the sequel. But the term "sequel" seems somehow inadequate to describe Disney Infinity 2.0. Publisher Disney Interactive announced the game with the subtitle Marvel Super Heroes, a name that justifiably highlights the arrival of characters from the Marvel Universe. Those heroes are the focus of the stories in their Play Sets; some of them will star in crossovers between sets in accordance with Marvel's comic book canon. Yet thinking of Disney Infinity 2.0 as an iterative annual release designed primarily to debut a new set of characters would be selling it short. 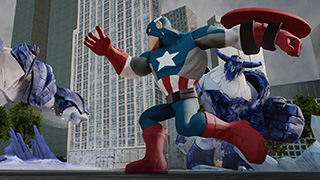 Unlike Activision's Skylanders series, which is Disney's stiff competition in the toys-to-life genre, Disney Infinity 2.0 doesn't introduce a line of toys that can do new tricks the original ones couldn't. Instead, Avalanche and Disney decided to focus on the game, and use it to give the old figures more to do.

"Our priority is to innovate the software over time to bring new value and experiences to the existing stable of characters that have been integrated into the platform," said John Vignocchi, executive producer on Disney Infinity 2.0 at Disney Interactive, during a demo of the game to Polygon last month.

Disney will give owners of Disney Infinity the opportunity to purchase a digital upgrade to this year's game through the PlayStation Store, Wii U eShop or Xbox Games Store, an offer that makes sense with the company referring to the franchise as a software platform. Players can then go out and purchase the new characters individually, or buy packages such as the Play Set for Marvel's The Avengers, instead of paying for another Starter Pack. (The existing Infinity Base will also work with the new game.)

As for the game itself, Disney Infinity 2.0 is being built to offer players a much deeper experience with more options and content for every character in the series. Vignocchi pointed out that the Marvel characters present new challenges in terms of the way they play. For example, heroes like Iron Man can fly, and Avalanche accommodated those mechanics by altering the game engine to support a much larger world. Vignocchi showed Metroville, the setting for the original game's The Incredibles Play Set, and then put Marvel Manhattan from Disney Infinity 2.0 next to it to illustrate that the latter world is four times the size of the former.

Avalanche also revamped the game's combat system, giving each hero multiple attacks, special moves and upgradable abilities. In fact, the entire game is now stats-based, with ratings such as health, attack speed and attack power differing across the playable characters. The original Disney Infinity allowed you to level up characters, but the process only unlocked new items for the Toy Box mode. This time around, you'll earn skill points that you can spend in a skill tree to customize each character to a play style of your choosing. You could, say, buff up Hulk's melee combat to help him beat the snot out of Loki's minions, or raise his ability to absorb damage and play as a tank. These new mechanics will extend in some fashion to the existing Disney characters from Disney Infinity, although Vignocchi wasn't ready to discuss the details quite yet.

All the characters will be playable in a new experience that Avalanche created in response to player feedback. Vignocchi told us that Disney Infinity players said they wanted opportunities for more structured play in the Toy Box. So Avalanche is developing minigames known as Toy Box games; two will be available at launch, a dungeon crawler with procedurally generated levels and a tower-defense title. Playing these minigames will unlock additional Toy Box content, and according to Christian Arretche, senior producer at Disney Interactive, they're replayable because each character will play differently within them.

"Innovating the software to provide new experiences to all of the characters is [...] the priority for us. And that might not make a lot of sense right now, but if you could get in my head and see the five-year plan we're developing, it will all make sense as time goes on," said Vignocchi.

"I think our Toy Box games are the first nod in that direction," he continued, saying that Disney Infinity characters like Wreck-It Ralph and Elsa will be renewed by the Toy Box games. "You'll see over time, as the platform evolves, new relevancy to the existing base of characters on the platform."

"Infinity is definitely a platform for all things Disney"The Toy Box was the centerpiece of Disney Infinity. According to Vignocchi, Disney's telemetry data indicated that players spent 60 percent of their time within that mode. But many of them found the creative freedom of an empty Toy Box daunting, like a writer staring at a blank page. Avalanche is attempting to solve that problem by imbuing Disney Infinity 2.0's Toy Box with robust procedural generation technology. Technical hiccups aside — we were told our demo was running in a pre-alpha version of the game — it was stunning to see this in action.

You can take advantage of procedural generation in two different ways. In "power mode," you set a few parameters like size and materials, and the game will build an environment in front of your eyes. This method can even be used to create games in a variety of genres, thanks to templates with programming logic already set up. From there, you can integrate an online leaderboard as in LittleBigPlanet, and see how other Disney Infinity 2.0 players fare in the level you and the computer built together.

We watched the game generate an entire race course on its own, including the track itself as well as the surrounding terrain. In a "treehouse creator" setup, the engine proved intelligent enough to seamlessly connect and integrate two trees that had already been put down into the massive structure it was crafting. Disney Infinity 2.0's Toy Box also includes small creatures known as builders. In that mode, you can put builders down inside your Toy Box, and they'll begin constructing elements of the environment such as pieces of a race track, walls of a castle and landscaping. And of course, you're free to edit whatever they create.

Avalanche is also bringing a bit of The Sims into Disney Infinity 2.0. You can slap a door on pretty much any object in the Toy Box to add an interior area to that item. Architects can set up a number of rooms and put them on multiple floors. The internal space doesn't have to correspond to the physical size of the object, so Doctor Who fans could build a TARDIS that is, indeed, bigger on the inside than it looks from the outside. 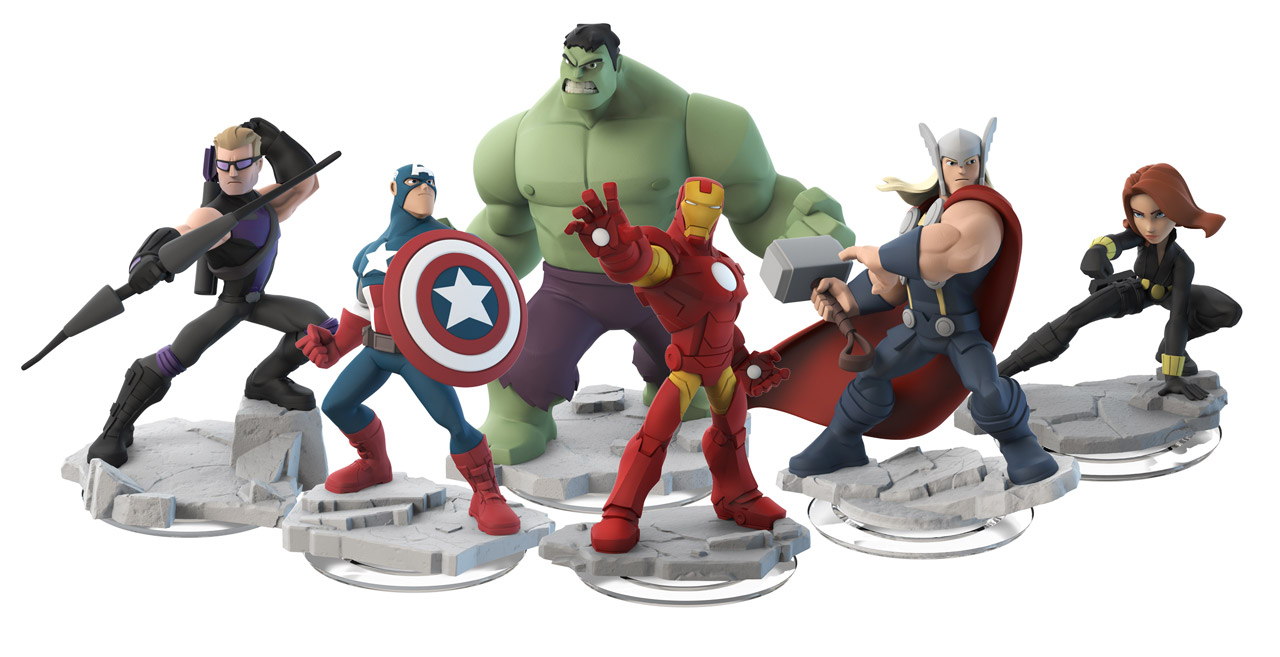 If Avalanche and Disney can deliver on all of this, Disney Infinity 2.0 could keep players occupied for a long time to come, even up to the point at which Disney might add a new universe to the game — such as, perhaps, Star Wars in 2015.

"Infinity is definitely a platform for all things Disney," said Vignocchi, "whether that's Pixar or Tim Burton's creations, or Jerry Bruckheimer, or Marvel or things in galaxies far, far away."

And yet, considering all the new elements Avalanche is attempting to develop for Disney Infinity 2.0 this year, focusing on which Disney brands are coming to the platform next almost feels like missing the forest for the trees.

"It's not just about slamming Marvel into it; it's not just about, 'Hey, there's some toys, and they have cool things to do.' I mean, that Toy Box is powerful. It is an extremely powerful creation tool that's evolving," said Arretche. "And I think that's key, because if people try it and they understand it — and we're making it easier to use — they really can create their own stories for themselves and share them with others."