We mapped our past: Our readers share their favorite hand-drawn video game maps

Share All sharing options for: We mapped our past: Our readers share their favorite hand-drawn video game maps

The days of hand-drawn maps of video game worlds are over. These days you can find detailed maps for almost every classic game online, people buy strategy guides or one person maps a game, uploads the images, and it's shared by everyone. Things were different before the Internet became common; and it was no big deal for players to create their own maps for the games they played

We asked for your maps, and you sent them in. Sometimes with a story. Here are a few example.

"Saw your article about hand drawn game maps. I still have a duotang of Final Fantasy 1 maps I drew as I played the games back in the 90s," one reader said. "I mapped most of the major dungeons/shrines." My favorite part of this map is that I had to look up the word "duotang." 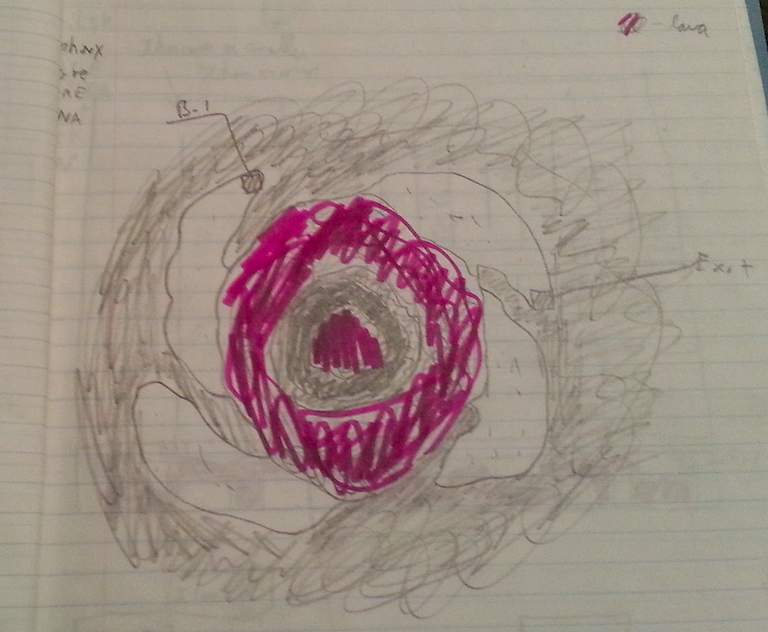 The next e-mail was long, but it's a story worth telling.

"My sister and I didn't always play well together, we had very different personalities and it didn't always mix well while playing pretend. But we did play the heck out of the Quest for Glory series, and were somehow able to do it together, as a team. That series, and Commander Keen, was our first exposure to video games as a whole, so we had no idea the universal mechanics of point and click adventures.

"The first time we bought Quest for Glory 2, still my favorite game to this day, it was an EGA version.  It came with a small guide, but no map. We realized, on the second play through, it was because you could buy a map in the game that would allow you to warp to locations you had been to. But the map seller stand burned down on our first play through before we even tried to buy anything from him.

"The location was set in Shapier, a labyrinthian city with hundreds of hallways that all look almost identical.  So we had to walk. Everywhere.  We explored the city, got lost all of the time, and spend minutes to hours trying to find our way back to the main plaza.  Sometimes this would lead us to a unique door, or an entire section of the city we had no idea existed, even to a mad old hermit hiding in a corner of the maze. It was beautiful and magical. Just exploring, just walking.

"Weeks later, we realized that our character could also run. That was a glorious day.

"We mapped the HELL out of that place, put down destinations, color coding, the works.  We studied that hand crafted map and eventually didn't get lost forever in the hallways.  Eventually we knew every nook and cranny of Shapier, no longer needed our map as a guide, and put it away.

"Last September I flew back to the house where I grew up, my parents were selling it and needed me to finally clean out all of my Star Wars cards and Ninja Turtles.  And in the back of the game closet, I found the original QFG2 box with this inside:

"Crumpled, torn up, and I have NO idea what "All Fed Ex packages must be by 2:30" means.  But it was like finding a long-time buried treasure.

"Sorry for the long story. Your post made me think of this treasure.

"It really makes me want to play this game again, just to explore, just to walk." 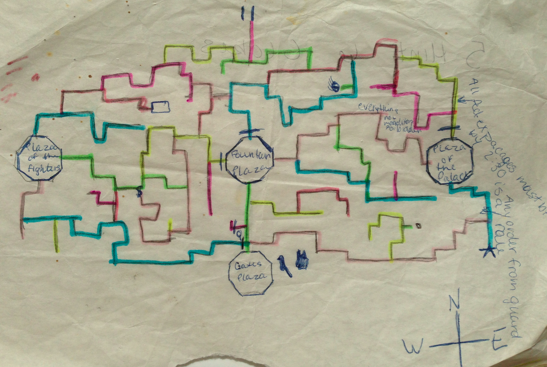 "I started making Nintendo Power-esque maps of the levels in Mega Man 2. They aren't hand drawn but they are hand assembled and designed," another reader said. "I can't even imagine how awful it must have been in the days before digital photo manipulation, snapping a few hundred photos and putting them together on a layout table." 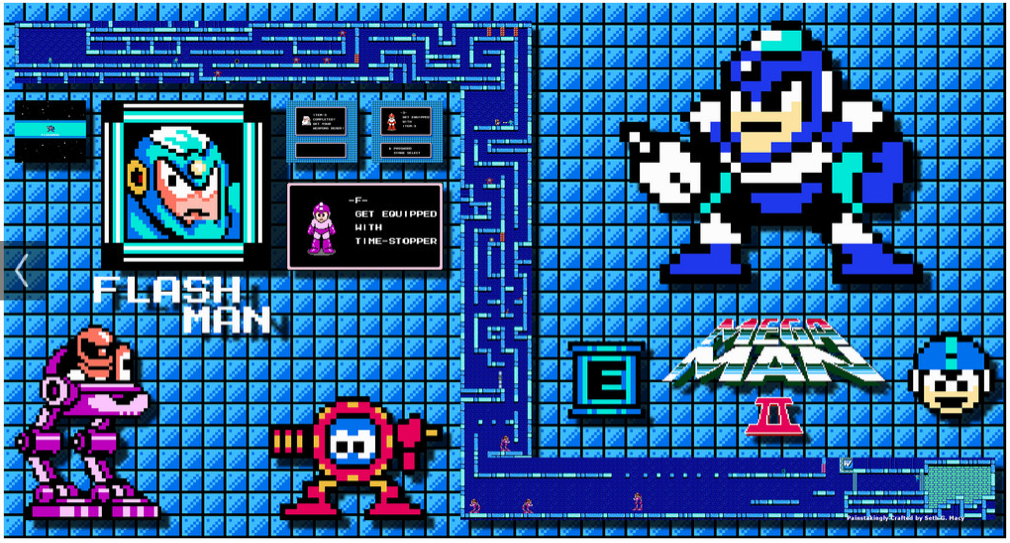 "Here are several hand-drawn video game maps I made in the 80s for The Bard's Tale series of games," another e-mail said. "Games you absolutely had to map out by hand in order to complete."

What I liked about these maps is not only how clean they look, but how much detail is on each page. It makes me feel like I'm looking at the source material from a Dungeon Master. 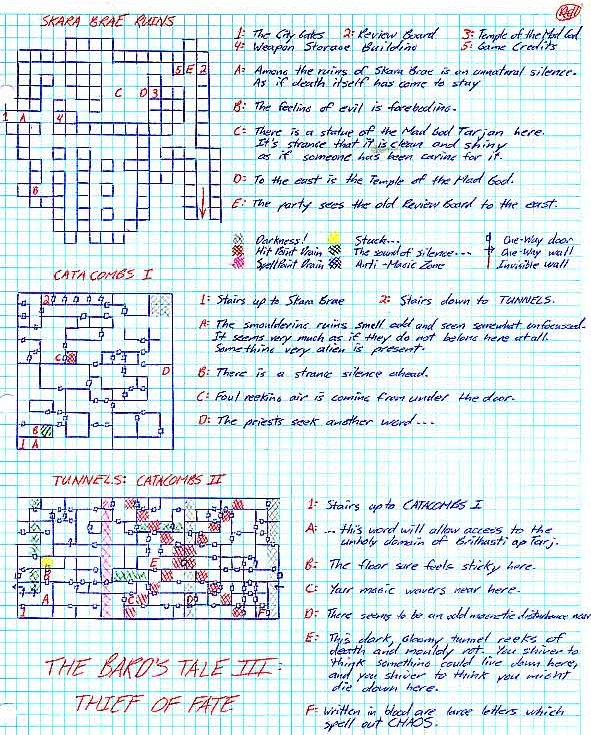 One readers said they enjoyed our story, and that it "reminded me of the ones I drew of Ultima IV and V back in the way old, (Apple //e) days." I wasn't really prepared for the amount of work they put into the maps they sent over. 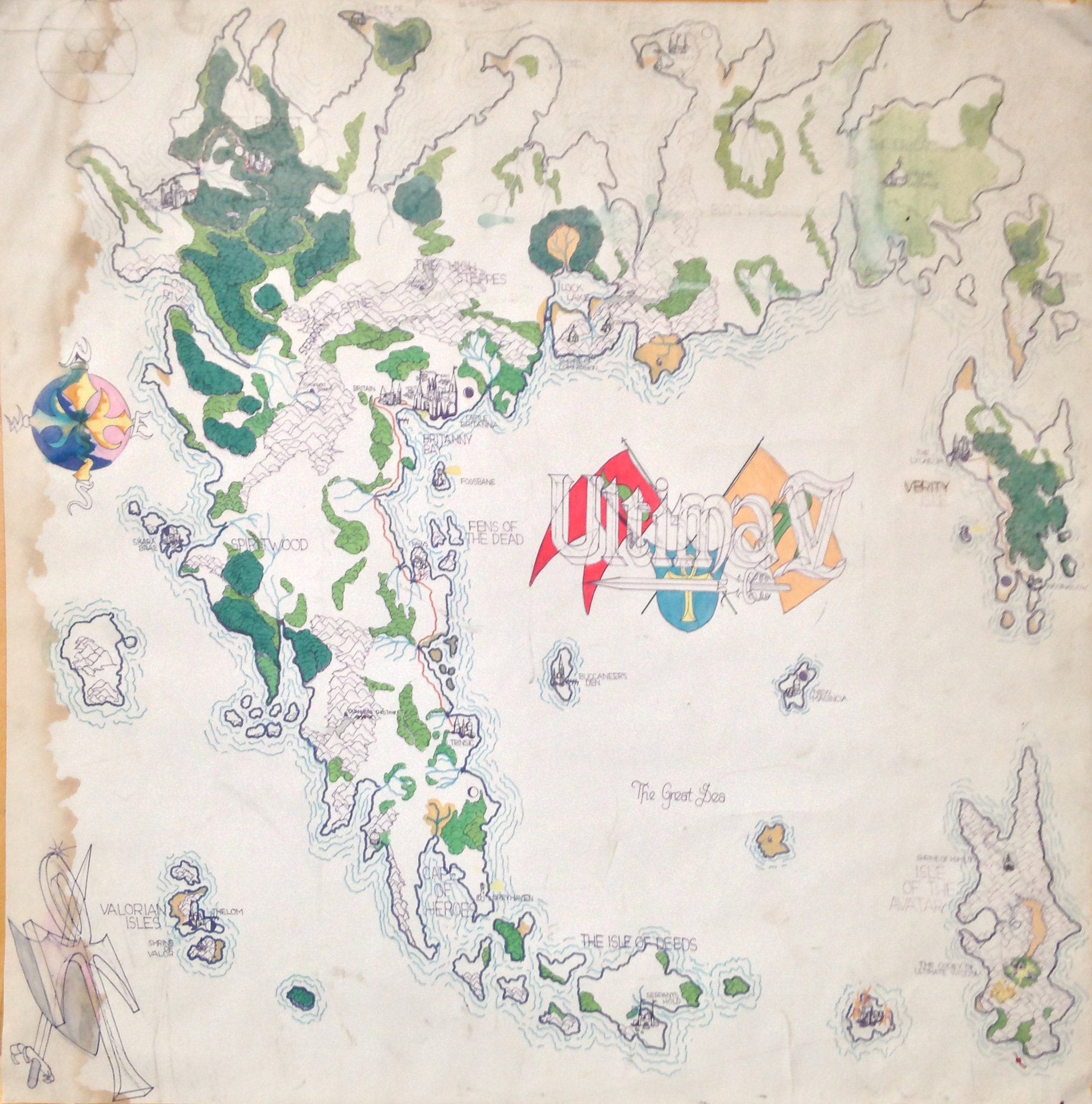 Official maps can be interesting, and are usually attractive and well laid out, but they're marketing. They present an image of how the developer or publisher wants you to see the world, while these maps offer a look at how the actual players saw the worlds they were exploring. Each one is a memory, a way of filtering a shared gaming past while explaining it back to yourself.

I want to thank everyone who sent in a map, and I'd love to keep the conversation going in the comments.