This is the man bringing your favorite anime to virtual reality

Share All sharing options for: This is the man bringing your favorite anime to virtual reality

You don’t realize the size of Totoro until you’re standing next to him. You have to tilt your head all the way back to look at his face when you’re close to his belly. He’s cute on the screen, but in person? The big lug is an intimidating presence.

I’m playing a virtual reality recreation of the bus station from the Studio Ghibli film My Neighbor Totoro. The cat bus is about to pull up, Totoro is about to get on, and then the scene loops when a little creature replaces the umbrella you pick up to trigger Totoro’s appearance. It’s a small scene, set in a dark and rainy forest, but for a moment it feels like being inside the cartoon itself.

The demo was created by Nick Pittom, who also created the virtual reality boiler room scene from Spirited Away. He's now hard at work on a new experience based on Cowboy Bebop. Pittom got his start in the world of video, spending 10 years freelancing in editing and post-production. He finally released a short film in 2012 called PROTO, but ultimately grew disillusioned with the world of video production. 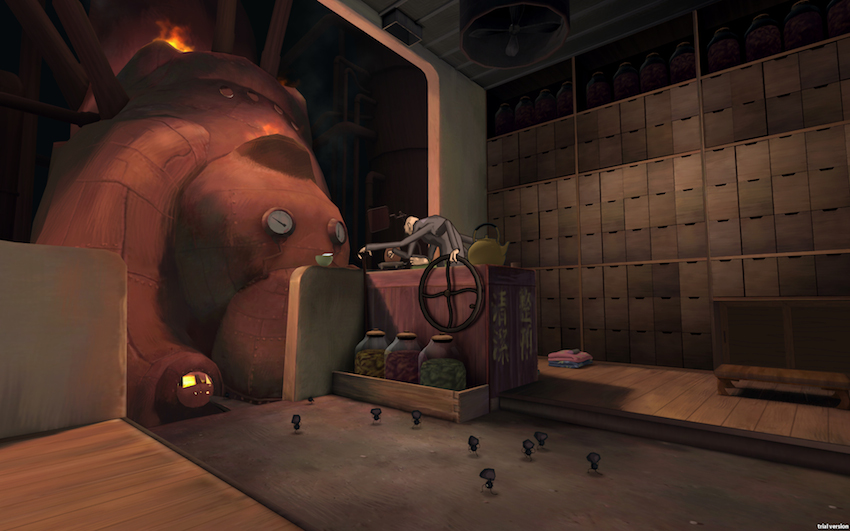 "I'd hoped [the short] would be the start of a film career, but the vagaries, pressures, insecurities and crushing competition for everything disillusioned me," he told Polygon. "This is not to mention the sheer resources required to create a film in terms of crew and cash. It felt like too much stood in the way of the story telling."

He had always been interested in trying his hand at developing games as a way to create stories and scenes without the need for the manpower and equipment of working in video, but he lacked core coding skills and found most of the tools too unwieldy. Until he taught himself how to use Unity3D.

"I experimented a bit, but it was getting the [Oculus Rift development kit one] that everything clicked into place and I decided to make VR demos, with the hope to move onto full games and experiences people might like enough to pay for," he explained. The end result is a series of demos that put your directly inside these films, a sensation that's almost scary at times. But this isn't the end; these free releases are meant to be a sort of working resume.

A way to get your attention

He started by releasing the Boiler Room demo, a scene from Spirited Away. You walk down a short corridor and see the boiler room, complete with the living pieces of soot who throw small pieces of coal into the burner, while the multi-limbed man on the platform makes sure the operation runs smoothly. It feels amazing to stand in the way of the little soot balls, complete with large blinking eyes, and feel like you’re a part of such a great movie.

"I chose anime films — the first two Ghibli films — primarily because I thought it would be awesome to experience 2D films in a VR setting, as there's something compelling about the experience of stepping into a cartoon," he explained. "I also felt it would be a good aesthetic for VR — avoiding the uncanny valley problems realistic styles encounter, as well as being great for performance and higher frame rates, in theory."

These demos serve a few purposes. Pittom is teaching himself the skills needed to make "real" games that people will pay for, and they’ve helped him make a name for himself in the world of virtual reality. There's a certain mercenary quality to the scenes and moves he's chosen. 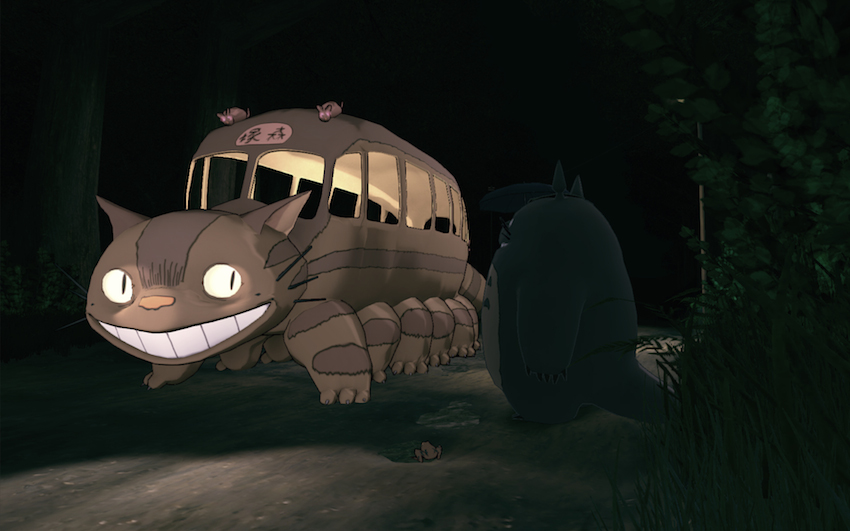 "I knew it would generate interest in my work. These are films people love and I won't pretend I didn't see the cross over of fans of VR and Anime helping to push my work and raise awareness of any projects I then wanted to go onto make," he explained.

Production will begin on his full game, called Decay Theory, after the Cowboy Bebop scene is released. He's also accepting donations if you've enjoyed the work and want to see the scenes continue, although the work itself will be kept free to avoid a cease and desist letter. It's not anything he worries about.

"They're non-profit, so I don't make any money off of them. It's not much different to someone painting a picture or something like that," he said. "People make Star Trek fan films or costumes of their favorite characters ... it's not really far off that sort of thing."

For now, he's going to continue on. These demos are a good way to learn the basic skills of creating a game, and they've gained him a small buy loyal following in the virtual reality world. Once he begins working on a full game, one that will be sold for money, those evangelists will help get the word out.

I've spent about an hour in each of the two available scenes, and if anything they make me appreciate the source material more. Looking up at Kamaji, the six-armed man in the boiler room, and watching him look down on you gives you some insight into how alien and intimidating the situation is, even as the cute soot balls run around your feet. Totoro, as noted above, looks bigger and more intimidating that you'd think based on the film.

Seeing these characters come to life around you as you put yourself in these scenes, and then imaging what it was like for the children who are characters in the films, is rather amazing.

This is the upside to working in someone else's world, although there is always the risk they'll come after Pittom. "Worst case scenario? They force it all down and I go onto my own original work," he said. "It wouldn't be the end of the world, I'd only be sad that people wouldn't be able to play the demos"