Share All sharing options for: Why a Sega kid wrote 'Console Wars' for his grandmother based on 'Game of Thrones'

There was no way to know it at the time, but the present Blake Harris' brother bought him for his birthday in 2010 would alter the course of his life. Again.

Two decades earlier, the Cold War was winding down, but in living rooms across the world, battlelines were drawn between the established superpower's Super Nintendo, and the feisty upstart, Sega. In those days when cartridges still ruled the world, the Harris sided with Sega. On Blake Harris' birthday in 2010, his brother presented him with a bit of shiny, black nostalgia: a Sega Genesis.

As he played the console for the first time in 15 or 20 years, memories started flooding back. Inside those memories were unanswered questions about the the first big console war between the 16-bit rivals.

He was an adult now, and he wanted to attend to those unanswered questions. But when he went to bookstores, he couldn't find it on the shelves. Sure, there were books like David Sheff's Game Over: How Nintendo Conquered The World, but just as the story was just about to get to take another interesting turn, it ended.

So Blake Harris, a writer at heart who spent his post-college career trading commodities in Manhattan, decided to write the book he couldn't find.

During the next three years, he'd interview current and former executives at Sega and Nintendo. His research would produce a book, Console Wars: Sega, Nintendo and the battle that defined a generation, a documentary and, with the help of Seth Rogen, a movie based on the book.

This is the story of how that happened.

WHAT YOU DON'T KNOW …

Blake Harris had no idea how to write the book he wanted to read, and not knowing helped.

In the beginning, he read what material he could find, and he started fishing for interviews on the internet. But at that point, he wasn't entirely sure what the story he wanted to write was.

He had ideas, and he had general knowledge of the era, but that knowledge didn't coalesce until he contacted Tom Kalinske, Sega of America's president and CEO of from 1990-1996. Inspired by a two-hour interview with Kalinske, Harris saw what Console Wars would become.

"That was when it all really crystalized for me," Harris told Polygon, "that there was a great human story here, with great, larger-than-life characters, including Tom, as well as some of the people I'd read about at Nintendo. That was when I really decided to devote my next few years to tracking these people down with assassin-like skills and writing a story."

In all, Console Wars contains more than 200 interviews from industry insiders, compiled through three years of research. But before he could really devote himself to writing the book, there were not-so-small matters like securing a publisher and that whole commodities trading gig to take care of.

OUT OF THE FRYING PAN, INTO CONSOLE WARS

After he'd spoken to about 50 people and reading books like Game Over, Harris assembled a 25-page treatment for what would become Console Wars. It outlined the story of what he calls Point B. 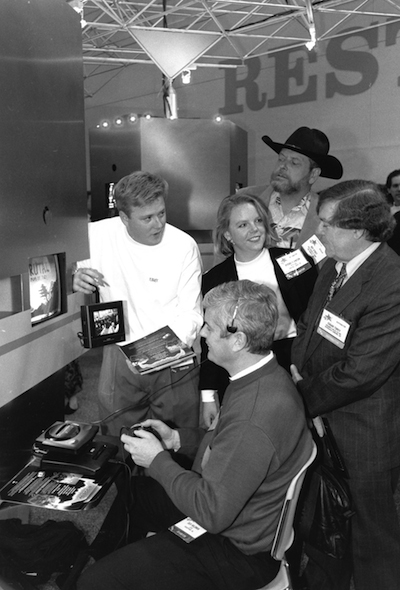 "But this Point B. I was just so surprised how little there was said about it."

The story in the middle was the one nobody was telling.

"I was surprised at how few of the dots had been connected," he said. "Nintendo had 90 percent of the market, something happened, and they lost that market share. And then this underdog came out of nowhere and took it, and then kind of lost it." Instead of a story about internal politics, which he once thought it might be, he now realized it was as much a story of the characters who shepherded the industry through the 90s. He would get to tell their stories and introduce them to fans of the industry who don't know them by name. If he did his job right, he thought, it'd have as much appeal to non-gamers as kids of the 90s.

"In the computer industry, we know Steve Jobs and Bill Gates and all these personalities that were responsible for our everyday life, and we revere them," he said. "But video games have become such a big part of our culture, I was just surprised at how few of the developers and executives really had appeal to a wider audience."

That first phase of work was filled with Sega interviews. Harris said it took a year to build a report with Nintendo. That reality is reflected in Console Wars' composition, in which the first half focuses largely on Sega of America and the second half on Nintendo.

Every other project he's undertaken got old, but Console Wars never did.

"Three years is a long time on any creative project, and much more than I've ever spent on anything else," he said. "But this project, unlike any other, I actually sincerely enjoyed every day — and I'm not just saying that." 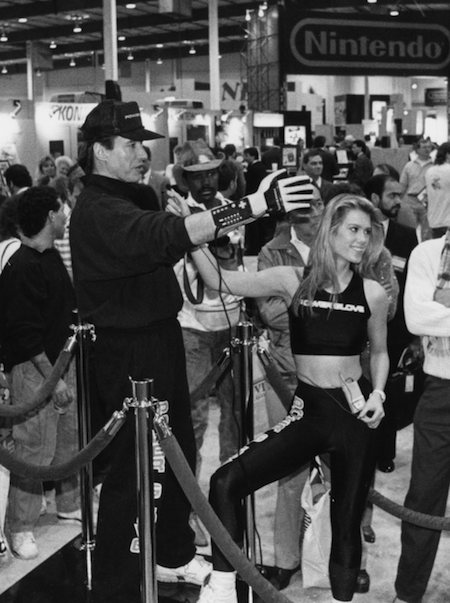 In part, uncovering the stories that changed changed the industry so much — or or those that nearly did — sustained him. There are stories about Nintendo's internal marketing meetings that show the company's internal friction as Sega was gaining market share. There are stories about how, at various times, Nintendo, Sega and Sony were once close to partnering on hardware with what would later become direct competitors.

And there's the story of Nintendo, Sega and Walmart, in which the retailer declined to sell Sega products, perhaps to appease Nintendo. In response, Sega opened a corporate store across from Walmart's world headquarters in Bentonville, Ak.. People could come in and play Sega games for free, walk to the flagship Walmart with money to spend, only to find out that there was no Sega Genesis to buy. Sega bought up billboards around town. It passed out Genesis-themed seat cushions at University of Arkansas games.

It wore Walmart down, and that's the kind of story he wanted to tell about the company that he invested in decades ago.

"From a small business standpoint, that's just a great lesson to learn about how to compete against someone bigger than you," he said. "Just focus on one specific area, and really go after them an let your creativity go wild, as long as you have an agenda. They were not disciplined in the same way as Nintendo, but they were so fantastic at executing these things. It wasn't just wild ideas, pie in the sky. They actually found the ways to execute them with less money and less personnel at the time."

He knew from the start that his research could be a book. He also suspected it could be more.

"My goal all along was to deliver this to a mainstream audience," he said. "My ideal reader is my grandmother, who is somebody who knows nothing about video games.

"I assumed there was a million to one chance that he would even read it."

"I thought if I could tell a story about video games that she liked — you know, like putting the pill in the food for the dog. I'll include so much of the video game world and the history and the culture, but do it in a palatable way that anybody could appreciate it, that would be the best way to tell this story."

Then Blake Harris did a Google search for "celebrity gamers," and Seth Rogen's name showed up. So he spoke to his manager and sent his 25-page treatment to Rogen's production company.

"I assumed there was a million to one chance that he would even read it, but that chance hit," he said. "I wound up meeting with him in January 2012."

Harris, his business partner Jonah Tulis, Rogen, Evan Goldberg and producer Scott Rudin got to know each other over stories about Rogen's experience with Nintendo's Power Glove. Later that day, after the meeting ended, he received a call: Point Grey Pictures wanted to produce a film based on Console Wars. That was a Thursday. The following Monday, he returned to work trading commodities. Despite what he describes as that "life-changing event," the next several months proceeded uneventfully. He continued to research the book. Rogen and Goldberg went on to direct This is the End. By August 2012, Point Grey Pictures worked with Sony to acquire the film rights. He sold the book proposal in November 2012. On his 30th birthday, Blake Harris quit his job and got engaged. 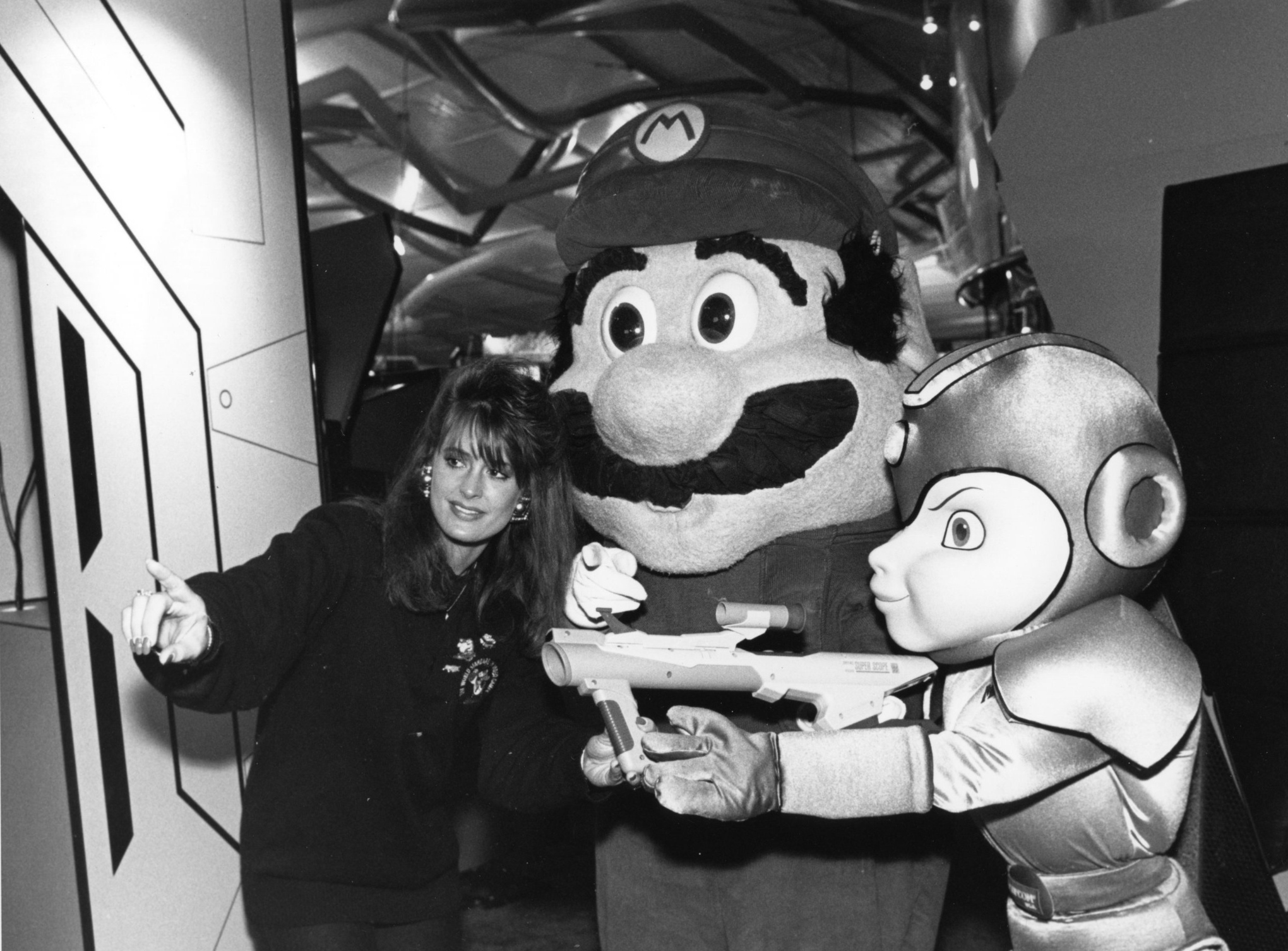 Free from the confines of Brazilian commodity trading, Harris finished the book. Console Wars: Sega, Nintendo, and the Battle that Defined a Generation was published earlier this year.

"My job, aside from writing pretty words and making it interesting, was really just connecting the dots," he said. "All the dots were there. This is just an incredible story that, however successful the book or movie is, it's not because of me. It's because of these great, crazy, true life events and larger-than-life characters."

And how did Harris take all of those stories and those personalities at companies like Nintendo, Philips Sega and Sony and weave them into a cohesive narrative? By looking to George R.R. Martin.

"My biggest influences on the business writing are Ben Mezrich and and Michael Lewis," he said. "But the actual greatest influence on the narrative style has to be Game of Thrones. Because, really, that's what this story is. It's all these different families or corporations and entities competing for this one seat at the top of the table that they all think they deserve for a variety of different reasons. Or that they believe that they should inherit — because it's their God-given right or because they have the right strategy, and they deserve it."

Here in 2014, he continues to work on the larger Console Wars universe, continues to interview, continues to collect stories. Yes, Console Wars is a book available to purchase, but it's also a documentary that Harris is assembling based on the interviews he conducted and a planned feature film from Sony and Point Grey Pictures.

If you ask Blake Harris how this all happened, he as a quick and honest answer.

"Because I'm the luckiest guy in the world, I think." 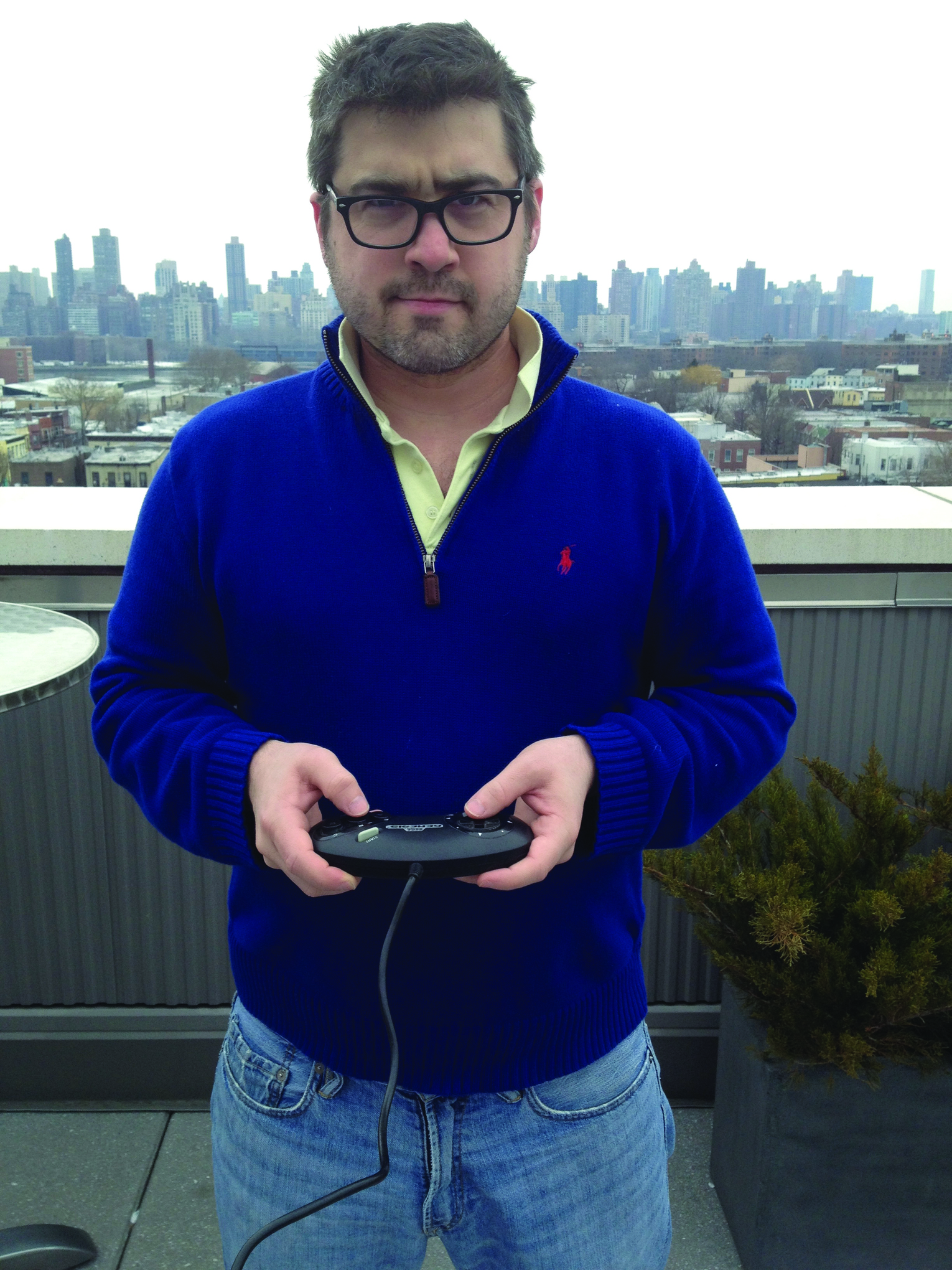