We give them nothing: The punishment of amateurs doing professional work

Share All sharing options for: We give them nothing: The punishment of amateurs doing professional work

It was 20 years ago this September, in the sports office of the student newspaper, that my department took one of the stranger phone calls of a four-year career that saw plenty of weirdness. The football team wanted to know if we were paying one of their players.

I forget who answered the phone — it may have been me, it could have been Ted, the assistant sports editor who had a TV production class with Eddie Goines, N.C. State's all-everything wide receiver. At the beginning of the semester, Ted pitched Eddie the idea of writing a personal column for us in the upcoming football season. All three of us were seniors.

Eddie agreed immediately. He was projected as high as the late first round in the coming NFL draft, and was taking television and writing courses to prepare him for a career in front of the camera — ideally as a commentator if it all worked out in the pros. Eddie's column was instantly successful. But shortly after the first one saw print, the athletics compliance office was on the line, heavily implying we'd done something wrong by not clearing this with them. 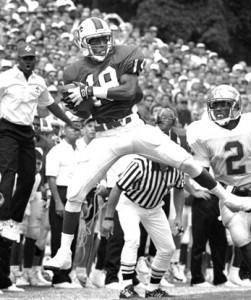 Ultimately we smoothed things out with assurances that Eddie was not paid and did not ask to be paid. We told them he was considered a junior staff writer and those worked for free. We got another lecture about Eddie's column potentially being an "extra benefit" given on account of his star status, but we blew that off and that was the end of it.

I didn't "clear" Eddie's column with anyone in the athletics department because it never occurred to me. Any student could come write for the paper — Christ, we begged them to every fall. Eddie owned every meaningful receiving record at N.C. State, but wasn't he a student like the rest of us?

I recalled all of this last weekend when I picked through the settlement terms EA Sports reached with a large group of former college students, most of whom also happened to play football. Over the past decade, these students appeared in EA's NCAA Football series under figleaf names like RB#9 or DE#94. They were still blatantly identifiable by multiple characteristics such as height, weight and hometown, to the point an army of video gamers had no trouble crowdsourcing the complete and accurate renaming of the roster and sharing it — through means provided by the game itself — within days after its release. Testimony from EA Sports and NCAA officials essentially acknowledged they used players' likenesses without their permission; the games were even coded with real names that were later stripped out. Last fall, Electronic Arts prudently chose to settle with the players and terminate the series that depended on this thinly-veiled "renaming" arrangement.

These college players aren't getting some money-for-nothing windfall. Figures range between $75 and $900 apiece depending on when they appeared in the video game and how many others file claims. An average amount kicked around is $400. 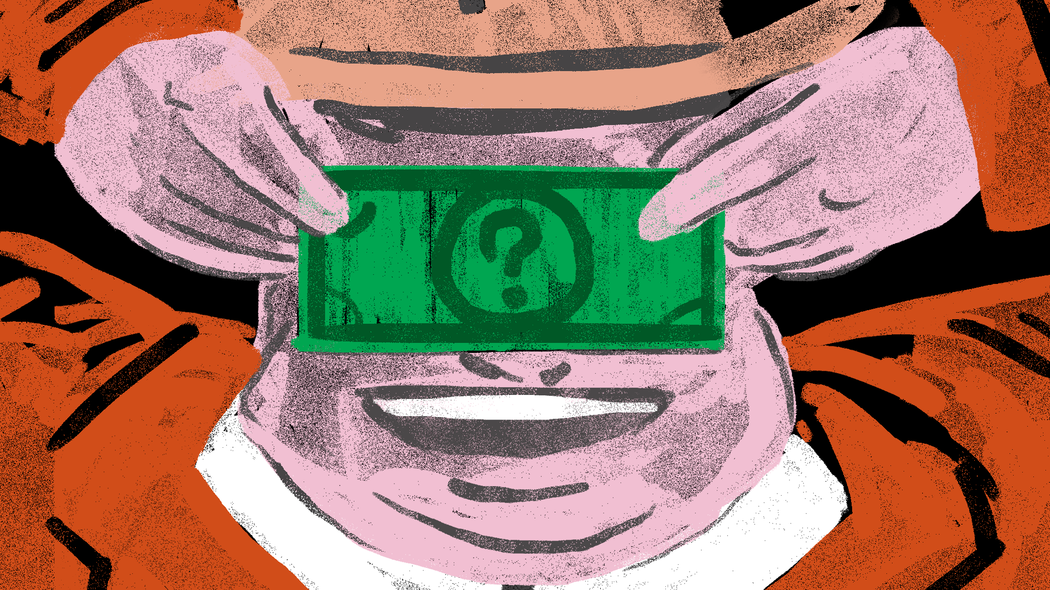 Hell, it was paid by the university out of student fees, not from some bag man with an obsession for us beating The Daily Tar Heel. I contributed to a university enterprise established to further the campus quality of life. So did Ted ($300 a month) and Mike and Joe ($200 each). We were all being paid for an extracurricular activity that also furthered our employability in the professional career we desired after college.

But not Eddie. Not on Saturdays, and not on Wednesdays, when he was read more avidly than all of us.

Twenty years later, $400 is what's getting some football fans — who like to tell college players on Twitter what they do and don't deserve for doing something they envy — angry about the idea of college player compensation, even when every university pays kids on campus similar amounts for doing a hell of a lot less for student life.

I get it: They resent that a lawsuit ended a video game many people enjoy. Something fun was taken away from them. Fine. But wouldn't a system where college athletes can be permissibly and modestly paid — like, say $400 — mean that video game could return?

If you're thinking that EA Sports made this series only as long as it, like the NCAA, could take advantage of the free use of thousands of football players' likenesses and labor, you're completely wrong. Over the past decade, EA Sports lobbied the NCAA to allow it to pay players. An NCAA corporate officer argued in favor of it, too. An NCAA Football video game that could use real, active players and their real faces — in the game as well as in its marketing — would return far more in additional sales than the $5 million or so it would cost to pay every Division I-A scholarship football player $400 each year. EA Sports could recoup that expense by selling 83,000 additional copies of a series that moves millions.

Some, particularly those struggling with a lot of student debt, consider a free education to be fair compensation. Well, Notre Dame has offered full ride scholarships to football players since the days of George Gipp. The cost of a year at Notre Dame may be $55,000 today, but the actual "compensation" to a player remains the same as it was for the Four Horsemen, and their games weren't broadcast on NBC for $150 million.

But here's the juice: If you consider a scholarship compensation, then for a long time football players in fact have been compensated above that. And this is where the destruction of the NCAA Football series, over $400 per player, becomes truly ridiculous.

College bowl games are permitted to give everyone on both teams "gift bags," and it's not just a T-shirt and jar of barbecue sauce. Maryland and Marshall players all got PlayStation 4s for their unwatchable Military Bowl two days after Christmas. These gift bags are supposed to be limited to $550 in value, but that's not retail — that's the negotiated rate for whatever sugar daddy sells the bowl committee the watches, the PS4s, the Beats by Dres. Furthermore, conferences and universities are permitted to add goodie bags of their own. Their limit? There's that number again: $400.

Players are forbidden from selling this stuff, of course. But the explosion of fourth-rate bowl games over the past decade has meant nearly any scholarship football player who plays four years — the real grunts, the ones with no pro future — has been to at least one bowl. An analysis I did at another publication suggests 85 percent of college football players have gotten at least one gift package worth at least $550 in their careers. Gift packages have included things like watches, massage chairs — and $400 Best Buy gift cards.

But cash, whether that's from EA Sports or a university newspaper, for an athlete whose presence adds value to their products, we can't have that. What boneheaded, unfair and counterproductive nonsense, and it's led to all this, ex-college players with a whole lot of law on their side about to bring down the NCAA, or at least seriously rearrange its face. 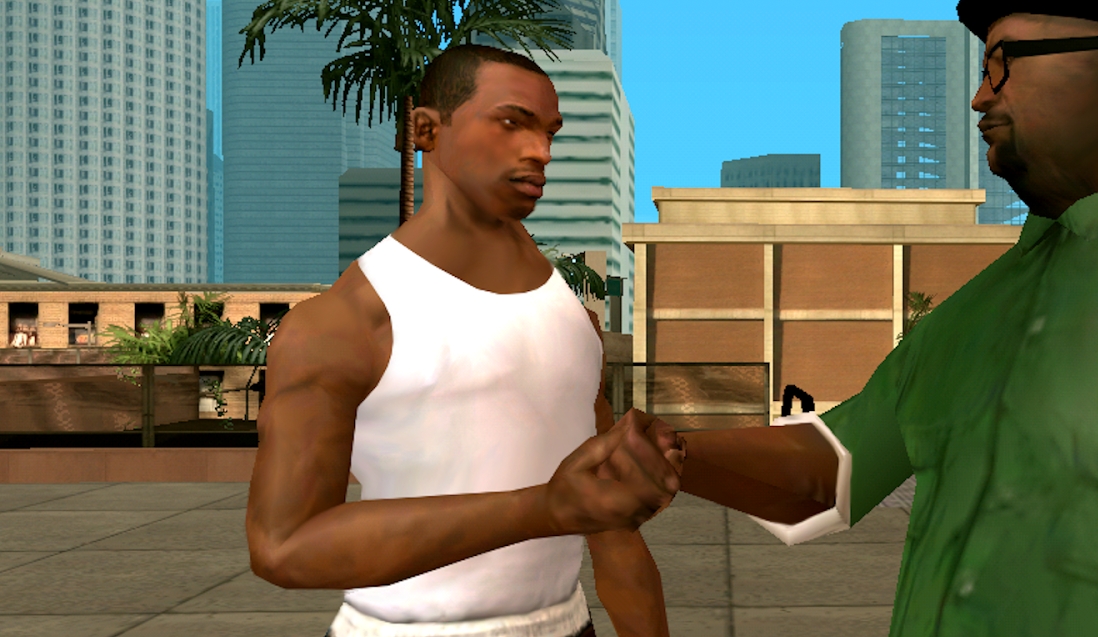 What became of Eddie Goines?

He may not be a household name, but Eddie has built an acting career that consistently finds him work. He's gotten roles in cop dramas and soap operas and even a Beyoncé video. And millions of video gamers have spent hundreds of hours adventuring with him. He was the motion capture actor for C.J., the star of Grand Theft Auto: San Andreas.

Eddie was my first interview when he was a redshirt freshman and I was an unpaid junior staffer. I covered the team for four years and knew he was exactly what these Twitter scolds say every college football player should be — as disciplined and motivated in the classroom as on the field. He made a serious pursuit of his degree and took the courses he needed to prepare for the non-football life he wanted. He spoke at our commencement.

Eddie wasn't given anything.

But he never played a down in the NFL.

In November of our senior year, in a wild shootout at Maryland, Eddie was tackled on a screen pass for a one-yard loss as State was driving for the winning touchdown late in the fourth quarter. He tore his anterior cruciate ligament, a devastating injury requiring surgery and months of rehabilitation.

Eddie wasn't drafted in the first round. Seattle took him in the sixth. He reinjured his knee in training camp and was released. All of his brilliant effort in college and all the opportunity he had earned with it vanished in a game against a 4-4 team.

The Monday after that game, Eddie appeared in the office, leaning on crutches. Ted and I froze when we realized who was in the newsroom. I thought about trying to say something to cheer up Eddie but realized I had absolutely no idea what his anxiety or disappointment could be like.

Eddie's next column was about the end of his career. He turned it in, printed out, proofread and neatly double-spaced. We didn't give him anything.