Peripheral and accessory manufacturer SteelSeries is working on a gaming-focused camera for tracking your eye movements, the Sentry, as well as an iOS controller called the Stratus XL, the company announced today.

SteelSeries developed the Sentry in conjunction with Tobii Technology, a leading firm in the field of eye tracking. The camera is designed as a training tool for people who participate in competitive gaming. The main way the Sentry works in this way is by tracking fixations per minute — a measure similar to actions per minute — that indicates how often a player shifts their gaze around a screen. SteelSeries is collaborating with professional gamers to set standards for top-tier FPM numbers.

"We are constantly looking for ways to improve, even if [it's] improvement at a granular level, that will sometimes be the difference between death and victory," said Patrik 'cArn' Sättermon, chief gaming officer and former captain of Team Fnatic, in a press release.

According to SteelSeries, the company and Tobii are also looking into using the Sentry to control games with eye movements in the future. You can see an image of the device above.

In addition, SteelSeries announced the Stratus XL today. It's a full-size follow-up to the Stratus, a smaller device that the company debuted in January. The Stratus XL, a Bluetooth wireless controller, supports iPhone, iPad and iPod touch. As you can see in the images below, it bears a strong resemblance to an Xbox One controller, although the analog sticks aren't offset.

"We have been incredibly impressed by the way the SteelSeries Stratus has been received by consumers so far and we are looking forward to introducing the Stratus XL to the iOS gaming community — who have been asking for a full-sized controller option," said Tino Soelberg, chief technology officer of SteelSeries.

Both the Sentry and the Stratus XL are set to be available later this year. 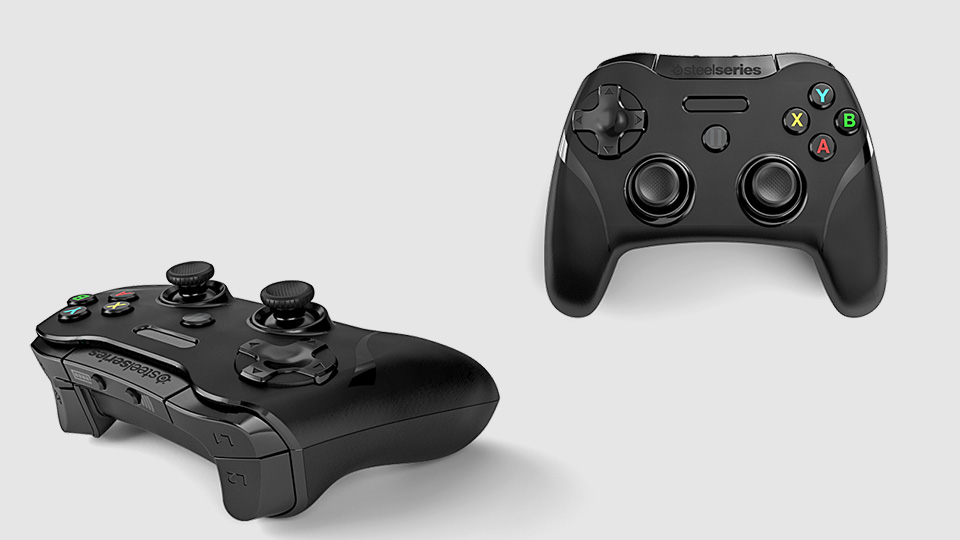