The Long Dark is about self-reliance in a hard country. It is a game about Canada

Share All sharing options for: The Long Dark is about self-reliance in a hard country. It is a game about Canada

Crystalline, bone-crunching chill is at the heart of The Long Dark, an artsy survival simulation set in the unforgiving winter of a Canadian wilderness.

It is not so much an adventure in surviving hostile entities, like zombies, but in surviving an absence of the things we take for granted: food, shelter, warmth.

The Long Dark is also about Canada and its endlessness, how much of the country remains devoid of human activity and technological comforts. It isn't just about being outdoors; it is about being on the outside, a common theme in Canadian fiction.

Just how Canadian is The Long Dark? 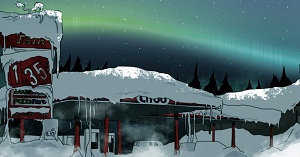 That's the question Polygon asked Hinterland's Raphael van Lierop. Here's what he had to say....

"While the environments are certainly stylized, you can still pick out distinctive qualities of the western Canadian landscape, particularly Vancouver Island, such as rugged mountains, tree-covered hills, rivers, creeks, the coastline. In general, wild expanses punctuated by the rare man-made construction like a highway or railroad. Then small pockets of civilization, or habitation, anyway, carved out, sometimes in harmony with, other times in spite of the terrain."

How does the game capture a sense of being a Canadian?

"We go for the obvious low-hanging fruit: a Canadian protagonist with a very Canadian name, Will Mackenzie. We give him a rugged blue-collar profession like bush pilot, and give him a foot in both worlds: the world of the inhabited city, the world of the pristine wilderness. His story becomes about reconciling past and present, and finding out where he fits into a world that's constantly changing around him. That's a very Canadian experience."

When writing the game how did you seek to insert a flavor of Canada into the environment and the story?

"Beyond the obvious natural characteristics, it comes out in the names of things, snippets of dialog, references to locations real and fictional, the music and the general atmosphere. There is a sense and an awareness of being part of the 'other,' looking in on a world that is in the midst of dramatic change. The attitudes and outlook of certain characters is quite Canadian. Yet, also universal. I believe that will become part of the appeal. A balance of familiarity with a sliver of exoticism. That too is, perhaps, part of the Canadian identity."

It is a post-apocalyptic game in which the lovely wintry wilderness looks much the same as it does now. The forests do not care if the grid fries itself to death. Snow settles in the branches of firs, regardless of whether or not faraway traffic lights are working.

As a human lost in the woods, all communications frozen by a geomagnetic event, the red tooth of nature takes on an especially savage aspect, as you wander among the trees and logs in search of a way to stay alive, to push back the cold. The apocalypse is shorthand for 'no one is coming to save you.'

The game is not interested in the corruption of man-made civilization, but in the desolation of things barely touched by human hand. It's about how, when all the stuff has gone, nature interfaces with humankind. It is dark and very beautiful.

"We live on Vancouver Island," said Raphael van Lierop, creative director at developer Hinterland Studio. "We're surrounded by this beautiful natural environment all the time. That was really an inspiration for the environment in the game. Yes, the mechanics are really unforgiving and it is really about survival, but you have this sense of the natural beauty and you want to spend time there."

Van Lierop, whose previous experience includes stints on AAA projects at Ubisoft Montreal and Relic, said that the game is inspired both by his rural Canadian surroundings and by literary explorations of apocalypse, like Cormac McCarthy's The Road.

Just like any other survival game, you explore the world, seeking out useful things. All the time, your health is fading. Cold, hunger and injuries are all fatal. You survive by observing the world around you, not by hanging off statistical UI menus. It is a scary game that does not need to rely on the Slender Man or grotesques. Cold, hunger, thirst and wolves do plenty of damage.

"The information that you need to succeed is embedded in the world itself," he explained. "A small detail, like the breath vapor on the screen, that changes in opacity and intensity based on how cold it is outside and what your activity level is. You can hear the tone of the wind might change, and you'll see the wind, the snow will start to pick up. And you'll realize, 'OK, the weather's changing now, maybe a storm is coming. I better take shelter.' This is about man versus nature and trying to just survive against the elements."

At night, the game becomes more difficult, as temperatures drop and wildlife becomes more active. A player who has failed to take the necessary precautions during daylight will not survive. This is the reality of living in the Canadian wilderness. 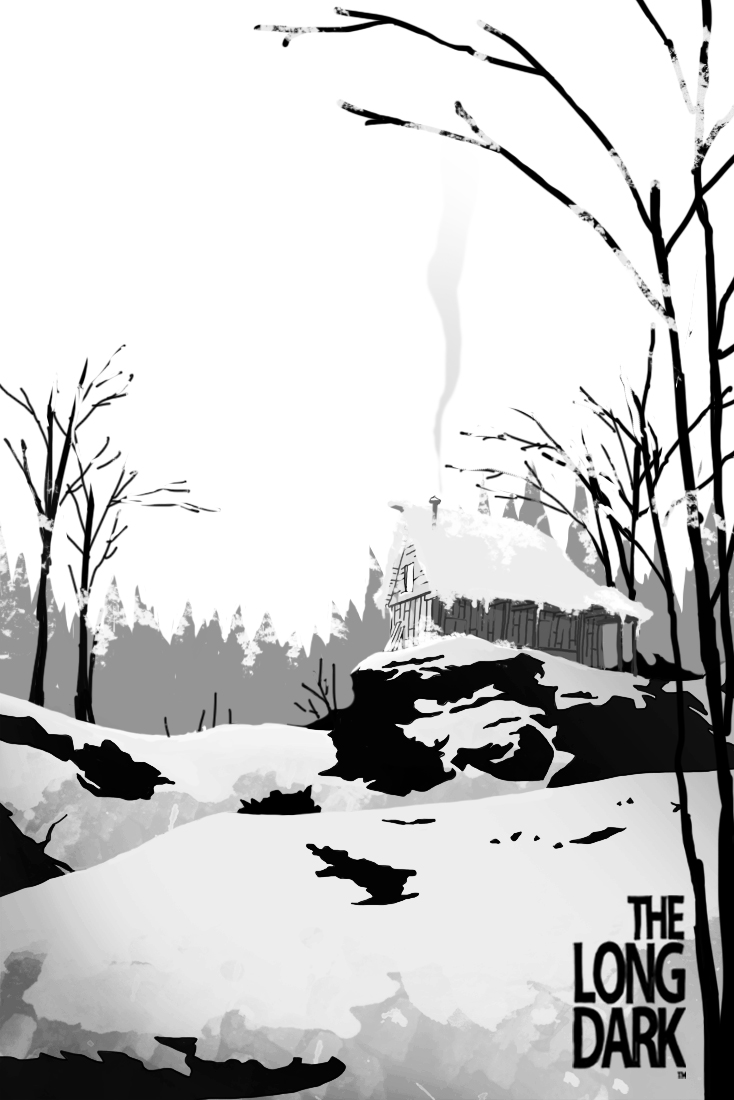 He said that he wanted to make a game about Canada, at least that part of Canada that remains indifferent to the incursions of concrete, tarmac and Tim Hortons. "I've worked on a lot of so-called AAA games in my career, and one of the things that's been so frustrating for me was, when you're making games for an international audience, you really aren't allowed any of the idiosyncrasies or cultural elements that make you who you are.

"I'm Canadian, so I want to make games that have a Canadian angle to them. In a AAA environment it's just not possible to do that. You're selling to the rest of the world and maybe nobody else gives a shit about it. And this is an opportunity for us to say, 'Hey, we've got a Canadian protagonist, the setting is Canadian.'"

Canada has a strong national identity, but it's one that is not easily appreciated by outsiders. It is a multicultural country, a European colonial society made up of strange bedfellows, the French and the British, with the boisterous Americans as next door neighbors. Like the U.S., it has welcomed many waves of immigrants while (recently) beginning to appreciate its vibrant native cultures.

In video game terms, Canada hosts some of the best development teams in the world. Studios in Canada have created or worked on series such as Assassin's Creed, Mass Effect and Need for Speed, in addition to sports franchises like FIFA, and, of course, NHL, as well as smaller productions like Papo & Yo and I Get This Call Every Day. Behind the U.S. and Japan, it is the world's third most prolific producer of hit games. But Canadianness is rarely something that games seek to portray. 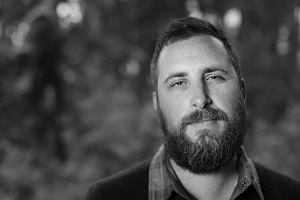 The great Canadian wilderness isn't the only part of The Long Dark that is embracing spartan values.

Hinterland has stripped the game of unnecessary user interface panels. "I've worked on a lot of big blockbuster games that were very simple. Now, a lot of independent games are going back to the old-school feeling of a real challenge," said van Lierop (pictured).

"We very deliberately set out to create a game that is not going to hold the player's hand. We aren't giving out tons of tutorials or pop-ups, or telling you exactly how to play the game. We're just giving you the information you need to survive, but you're going to need to learn to interpret that information on your own.

"When you succeed, that is your victory, not the game's victory. That is something you accomplished as a player. It's hard to survive. When you do survive, it should feel like an accomplishment. It's not about giving you a cheap, easy 'achievement unlocked.' It's about that old-school feeling of satisfaction as the player succeeds in understanding the game systems and overcoming the obstacles that we've put there."

Evan McIntosh is a blogger with GoodGamesWriting and a teacher, based in western Canada. He said that The Long Dark is just the latest fiction from Canada to celebrate the rawness of the country.

"Canadians have an important link to nature," he said. "Our fiction has examined our link to nature for a long time; whether it's battling the harsh conditions in settling the prairies, as seen in Sinclair Ross' The Lamp At Noon, or depictions of the unforgiving tundra, as in Farley Mowat's Walk Well, My Brother, Canadians have mythologized our relationship to nature.

"As a gamer I see fiction that easily translates to compelling gameplay and innovative storytelling. When I see a game like The Long Dark, I can't help but feel this is a Canadian take on something like The Walking Dead, where survival counts first and foremost, and that makes a lot of sense to me, and excites me in terms of the possibilities.

"Ultimately, I think Canada's great contributions to games may become protest works. I'd love to see indie developers use the medium to debate contentious issues such as the [oil] pipelines, the inequalities of First Nations in Canada and Canada's role on the international stage. I think Canadians have amazing stories to tell in a number of languages, and from a number of backgrounds and these stories will continue the trend of depicting diversity, of respect for nature, and of a Canada that's fascinated with the rest of the world."

The Long Dark's focus is on surviving in a harsh climate, with little or no help. "There's just something about living in a country that's so vast and so lightly populated," said Van Lierop. "The majority of the Canadian population is gathered around the U.S. / Canada border with this massive wilderness pressing down on us from above, and that's something that I think you always have in the back of your mind as you're growing up there.

"For me, it's about exploring that as a gameplay space. It was very intentional to get away from the typical urban scenario of the apocalypse. We've seen that many times and people have done that really well. We're not going to be able to make The Last of Us better than Naughty Dog, but we can make an experience that's different and reflects on some our ideas or culture identity, hopefully in a way that other people find interesting."