Share All sharing options for: Age of Empires Online shuts down after 524M single-player quests and other stats

Those interested in seeing the game's final hours can watch a livestream from the developers on Twitch, which will end around 7 p.m. ET when Age of Empires Online's servers shut down.

"The most thanks, though, belong to you, the players of the game," the post reads. "It has been a pleasure and an honor serving you all. Thank you for the time you have spent with us, exploring all these little worlds together and conquering them for the glory of your Alliance and your Empire. Thank you especially for the times you spent with each other, in PVP matches, in co-op quests, and in the forums and the rest of the internet. Thank you for playing."

You can check out some stats for the game posted alongside the farewell post below.

News of the game's closure surfaced last August. Executive producer Kevin Perry announced in early 2013 that the game was entering a "support phase" devoid of active development. Perry said at GDC Europe 2013 that the game's lack of content doomed its freemium revenue model. 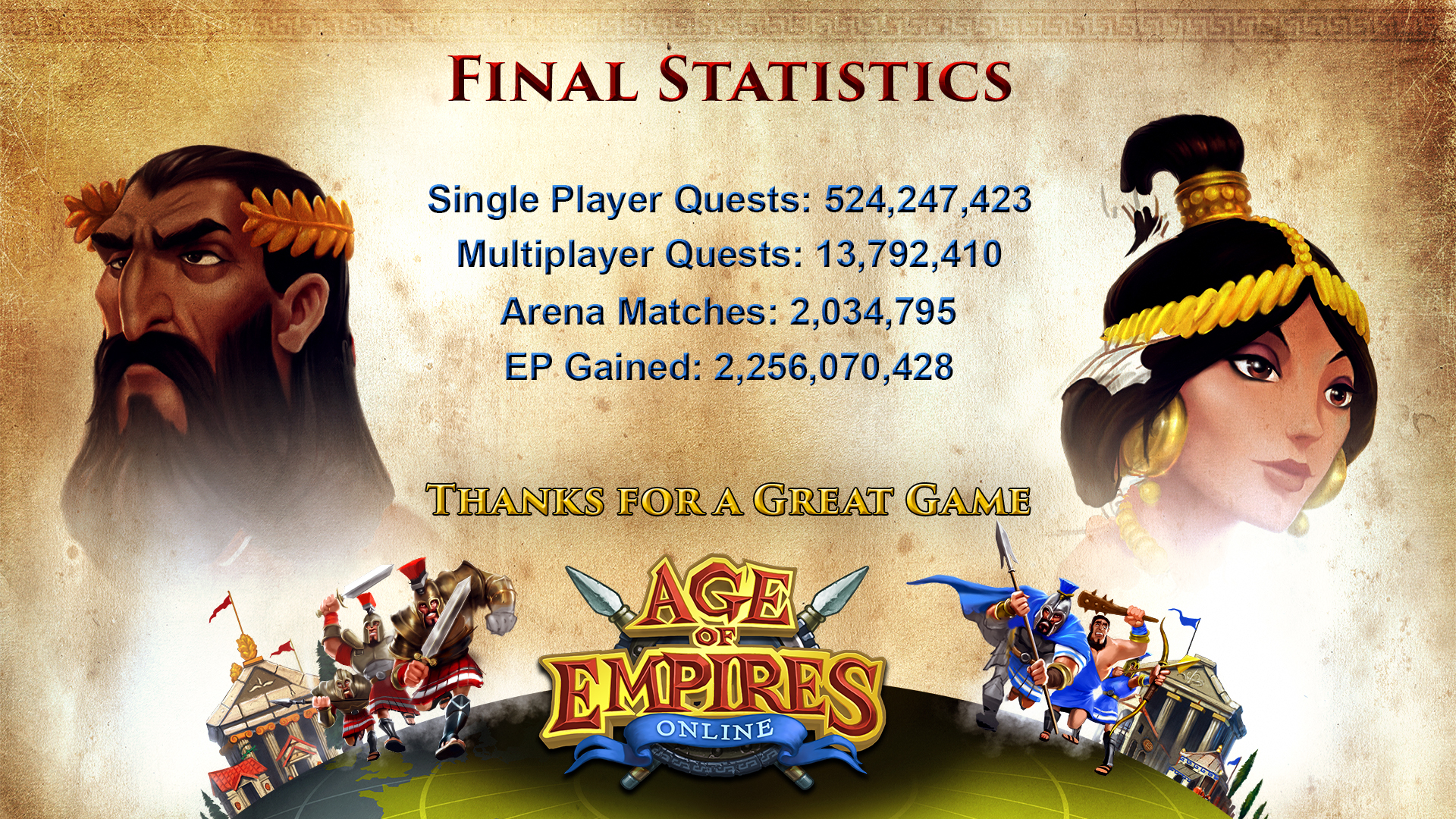