Share All sharing options for: MMOs are at their best when they're not cloning World of Warcraft

I love World of Warcraft. You'd be hard-pressed to find an MMO player who doesn't love it — or at least didn't love it at some point in the past ten years. That's the problem.

MMOs continue to be released every year with gameplay built primarily around aping World of Warcraft's approachable style. Tens of million of people have already devoted hundreds of hours to Blizzard's behemoth. That has to be a majority of the total audience for the massively multiplayer genre, and they've already experienced the pinnacle of that style of gameplay and know that they can return to it for ten year's worth of expansion and patch content at any time.

I've been playing two massively multiplayer role-playing games that draw a lot from the World of Warcraft model: Wildstar and Final Fantasy 14. I like both of these games. In fact, Final Fantasy 14 is one of my favorite MMOs ever.

But the more time I spend with both of these and the many other MMOs I've played over the last ten years, the more I realize that the stuff I appreciate the most is nothing like World of Warcraft.

Let's start with Wildstar. If you've read my review or watched one of the Overviews I did with Griffin (see above), you'll know that it's a fun game. But it's a fun game where the vast majority of the content is a shiny new coat on the same systems I've been playing since Warcraft popularized them.

There's no doubt that Wildstar brings a sense of polish to that formula. It does a great job of emulating all of the things World of Warcraft does so well — the questing, the group dynamics, even the exaggerated art style. And yet when I think about my favorite parts of Wildstar, they're not in the moment-to-moment gameplay that's been lifted from Warcraft.

The things that really kept me returning to Wildstar night after night are unique, like the path system. This addition to the MMO formula acknowledges that different players come to the genre looking for different things. When you create your character, you pick which style of gameplay you're most interested in, and bam: Now you have tons of bonus content to find tied directly to your preferred MMO playstyle.

In my case, I picked the "explorer" path. This meant whenever I needed a break from that same-old grind of quests, I could go off in any direction for a bevy of tasks based around visiting every nook and cranny of a zone. When I play an MMO, I get obsessed with trying to reach the top of every mountain and uncovering every last inch of space on the world map. Wildstar allowed me to make that part of the core game experience, and it was content that I found infinitely more compelling than the regular quests.

When I think about my favorite parts of Wildstar, they're not in the moment-to-moment gameplay

I also found myself drawn to Wildstar's housing system — something that's common to a lot of other MMOs, but hasn't been featured in World of Warcraft and hasn't been done as well as it is here. The ability to purchase, upgrade and decorate your own home is certainly just a side attraction compared to the main gameplay, but it's a well-developed side attraction that kept pulling me back into trying out all of the different, strange modifications I could make to my chunk of property.

And what about Final Fantasy 14? I said that it's one of my favorite MMOs ever, but its core is near-identical to World of Warcraft's in many ways.

While I appreciate Final Fantasy 14's fantastic dungeons, for example, those dungeons are a small amount of my time spent in Square Enix's fantastic reboot, though. Much more time was spent taking in a well-crafted world that manages to feel like a Final Fantasy game, even with hundreds of other world-saving heroes running around. Even more time was spent taking in the twists, turns and callbacks of Final Fantasy 14's excellent plot — an MMO where storytelling actually works!

Again, even in the MMOs I love that are very clearly inspired by World of Warcraft, it's the ways in which they differ that end up making them memorable. 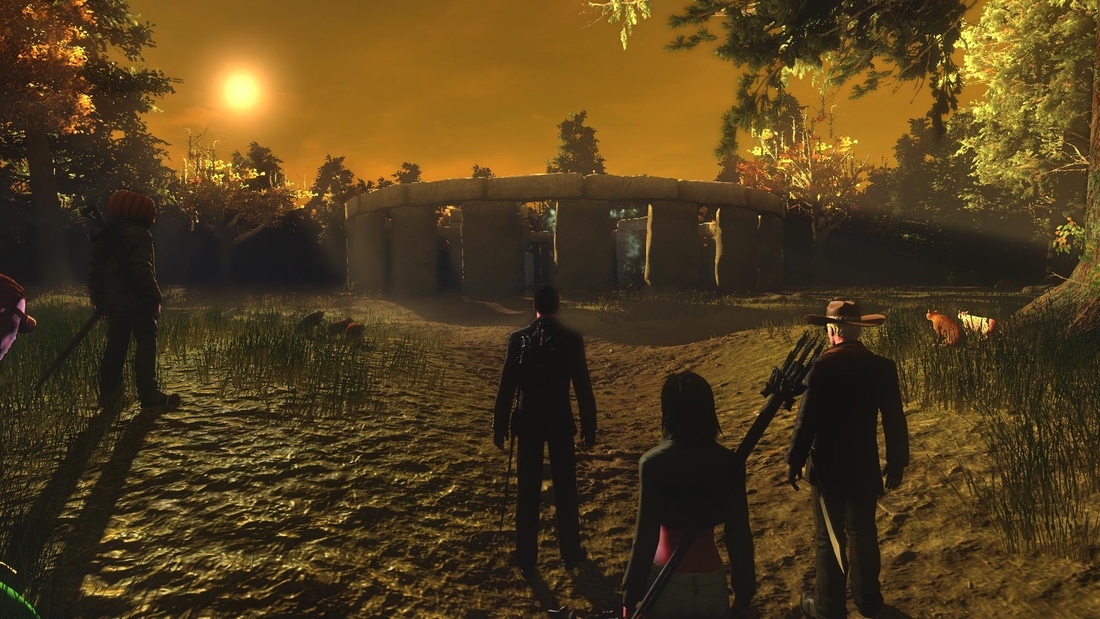 Looking at those two examples, you might get the thought that we're in world of direct Blizzard clones with only minor or aesthetic differences to set themselves apart. Thankfully, that's very much not the case; a handful of recent MMO releases provide even greater changes from the formula.

Alongside Final Fantasy 14, Guild Wars 2 is in the running for my personal choice of best modern MMO. And while Guild Wars 2 is still built from the same DNA as World of Warcraft, it features some more substantially different systems.

Most notably, it morphs the standard MMO grind into something unrecognizable and much more engaging. The higher-than-usual level cap of 80 looks intimidating at first, but in Guild Wars 2 moving from level 79 to 80 takes just as much time and effort as level 15 to 16.

And no matter where you are or what you're doing, the game shifts you down to the correct level so that you get proper experience and rewards. It's an elegant system that makes grouping up and having fun so much easier by removing the need for players to worry about whether they're doing content at the right level for them.

Or how about The Secret World? Thanks to a shaky launch followed by a quick shift to a free-to-play model, this Funcom MMO never got the love it deserved. If you missed it, like many people, it's worth going back to check it out.

The Secret World is another of those rare MMOs that features worthwhile storytelling. It's also the rare MMO that's neither in a fantasy or science fiction setting. The Secret World takes place in a virtual interpretation of our world, in modern times. Instead of concerning itself with orcs or elves or generic aliens, it plays on conspiracy theories and urban legends.

This setup is unique to the genre and even fairly unique to gaming as a whole, and it has kept me hooked on The Secret World for a long time. 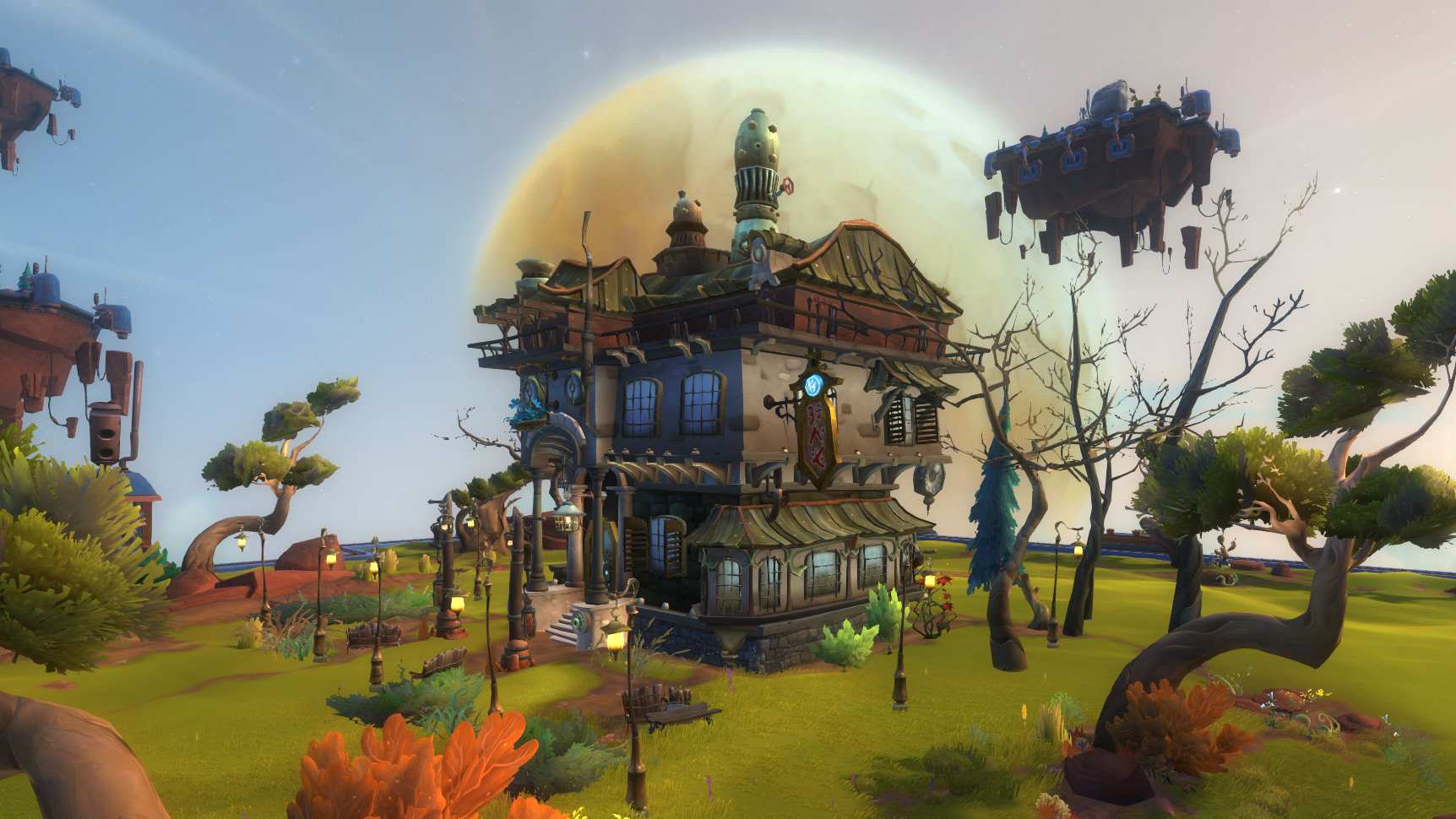 I understand why so many massively multiplayer projects stick to World of Warcraft's tried-and-true formula. When something is that massive of a hit, the gravitational pull of being like it isn't going to wear thin, even a decade later.

It's not just greed; many of the lead designers on current and upcoming MMOs either worked at Blizzard previously or played a ton of Warcraft and want to recapture the magic they felt. The game has had an impact on the world of MMO design that's impossible to overstate.

But that magic is a singular thing. Recreating the same conditions that birthed it only goes so far. As the MMO market continues to be flooded with new releases, developers are going to need to search for more to set their games apart than "another version of World of Warcraft."

These games find their heart in what they do that Blizzard doesn't, and that needs to be the focus on design and marketing. Everything else is just a reminder of a game we've already played, and loved.