Darksiders could be headed to Linux (update)

Share All sharing options for: Darksiders could be headed to Linux (update)

Darksiders could be on its way to Linux, if an image posted to the series' official Facebook page today is any indication.

The screenshot below, which includes the words "Darksiders Linux" in the title bar, was posted alongside a comment that reads, "From our labs!"

Developed at Vigil Games, Darksiders was released in 2010 for PlayStation 3, Xbox 360 and Windows PC. It's currently available for $19.99 on Steam. THQ, the game's original publisher, declared bankruptcy in December 2012, and Nordic Games acquired the Darksiders franchise and more in April 2013. Earlier this year, Nordic brought Darksiders 2 back to the European Wii U eShop.

"The reason to bring it back is that we love Darksiders and some of us are also big fans of Nintendo and their games," business and product development director Reinhard Pollice told Polygon in February. "Our goal is to make Darksiders available to as much people as possible."

We've reached out to Nordic Games for more information and will update this article as we receive it. For more on the series' second game, be sure to read Polygon's Darksiders 2 review.

Update: Nordic Games global PR manager Philipp Brock told Polygon that the company's "internal tech division" is working on the Linux port, "which also has the support of the original Vigil engine programmer." The company does not have a release date or anything to announce about Darksiders 2.

"‎First, we want to finish the first part properly, then we will look at the second iteration," Brock said. 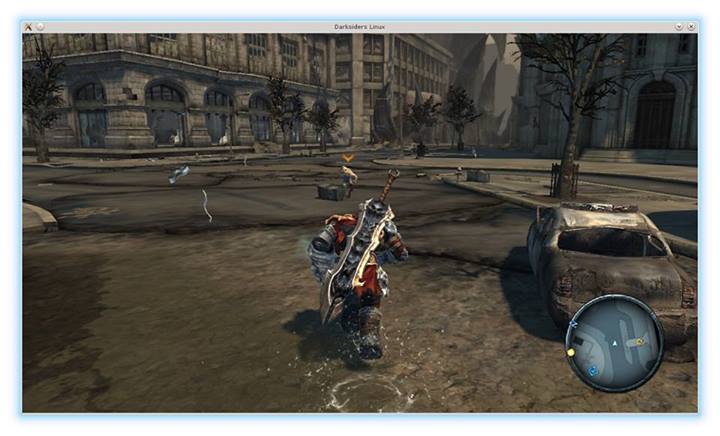