"I have decided to move on," says Goldfarb. "It's all on good terms and I think [Overkill] is well positioned to succeed. They're doing great. They'll continue to succeed as the last Steam sales indicate. Super smart people over there."

The designer's career history in various AAA studios stretches back 15 years. Goldfarb first joined Overkill in 2012 after a period with EA Digital Illusions CE where he worked on Mirror's Edge and Battlefield 3 among others. After over a decade in the trenches of AAA development, he tells us he is looking for the kind of creative freedom that a studio of his own can offer.

'The desire was never to make other people's games'

"I knew that at some point the thing that I always wanted was to make my own thing. It doesn't matter who I work with: the desire was never to make other people's games, no matter how good they are."

Despite having been in the upper eschelons of Overkill's development team, Goldfarb describes an overwhelming drive for creative freedom.

"I felt like I had done everything else. Payday 2 was a big success, the team did great. But for me I was like what am I doing here?" 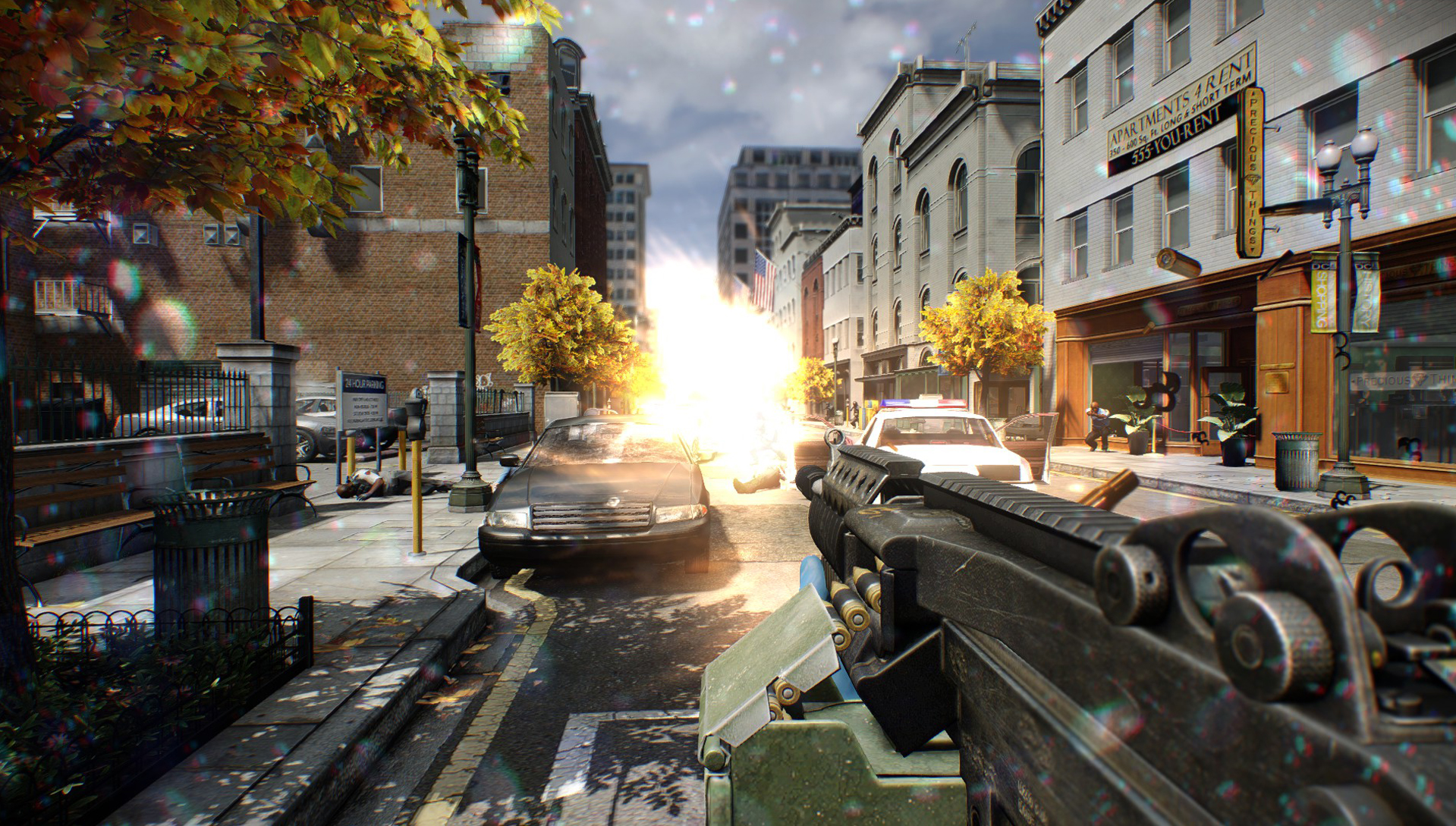 "I was game director but I guess at some point you go like 'What does that actually mean?' If I start fighting with people or I'm restless, you start to see the same things happening. After a while I was just like 'Maybe it's just time to admit the thing I've been fighting all of my career,' which is the fact that the only thing that will make me happy is just doing this myself and not deferring that desire because it's scary.

Goldfarb is in the early stages of his start-up: a small studio made up of four developers who are already in place. He says that early conceptual work has been in development for a few months but remains in very early stages. While it's too early to reveal what that work will result in, Goldfarb is making a sharp turn away from the game archetypes he has worked on before.

"I'm abandoning AAA. Payday 2 wasn't triple AAA but it had AAA sales. But I just want to find genres that I can subvert. To do that I can't be working for people in the way that I was, I just don't want any of that shit."

For Goldfarb that also means veering away from development trends that have been increasing to the point of absurdity.

"No MOBAs, no comic book styled art, no pixel art. Like, those are things I will not do. And there's nothing wrong with those things, those things are all awesome, I just don't want to do any of them.

"I love role-playing games so I will probably make one."

But despite the desire for creative autonomy, he isn't looking to scratch the itch in a traditional manner. Goldfarb has experience in both poetry and writing prior to his career in games, but even with a background in autonomous work he hopes to achieve the same level of creative indulgence within a small team as he would as a lone writer.

"One thing I realised coming out of having written things like poetry and being some kind of writer before I entered the games industry was that for a long time, writing was a thing that allowed me to deal with whatever emotional release and connection you had to the world when I was doing those things. Then I made games sort of as a reaction to that because it's hard to live with that kind of intensity. And it made me really unhappy and it doesn't pay the bills. It became a thing where I was like 'I love games and they don't hurt me so maybe I should make games.'

"The damage that writing tended to cause in me, it's difficult and it exacts a certain price. Now I felt after making games for 15 years that's actually missing from my life.  I had to find something I wanted to make that really mattered in a way that was very specific to the way that I needed to express something that I think I had buried for 15 years. I didn't make those kinds of games, it's just a fact. Those games were cool but they certainly weren't my thing alone and they weren't expressive of any thing that I felt I needed."

Goldfarb jokingly refers to this as the logical end of his complete misanthropy, adding that while he's not currently making a career as a solo artist, be that through writing or otherwise, it's something that will eventually happen down the line regardless. Right now his focus is to experiment with breaking the creative barriers that typify large-scale studios.

His studio's first title will follow that principle, he says. Goldfarb describes a space in the market somewhere in between indie development and AAA — a place that Payday 2 had itself slotted into — where studios can take the creative risks that indie games do.

"I worked my away into the industry against all odds and once I had gotten there I realised I wasn't really happy doing it and the stuff I was really good at was really hard to quantify. Especially in these big industries where their vested interest is really not maximizing who you are as a person or as an artist even. Companies make you less than you are the bigger they are. That's just a rule. They're not evil, that's just how they are, it's like a physics lesson.

"I never wanna really do that again, big teams. And there are a lot of reasons for that. Even when I was doing it it felt fucking fraudulent. And there are people who are totally valid in that context but if you're a journalist or a game designer who thinks the thing that matters the most to you is you need freedom, and I think I'm one of those people, then eventually the world will decide or you will decide, there is no other thing. It will happen one way or another."