The latest characters to join the roster of the upcoming Super Smash Bros. for Wii U and 3DS are Lucina and Robin from Fire Emblem: Awakening and Captain Falcon, Nintendo and Team Sora announced today in a stream on the game's official website.

Lucina was introduced in Awakening, which launched for Nintendo 3DS in January 2013. Robin is a named version of the character players create at the start of the game, the avatar that serves as players' vehicle through Awakening's story. Robin can be played as a male or female character.

The video teased Captain Falcon (shown in the screenshot below) and he is now listed as an official fighter on the game's website. Chrom, another Awakening character, was shown fighting, but it is unclear if he is an alternate for Lucina or an assist trophy. A representative from Nintendo confirmed with Polygon that Chrom is not a standalone playable character.

This brings the character roster — with recent additions including Pac-Man, Lady Palutena from Kid Icarus and Mii Fighters— up to 36 fighters.

Super Smash Bros. creator Masahiro Sakurai also revealed in a post on Miiverse that the studio reached out to Ubisoft for artwork to include an in-game trophy of Rayman from his eponymous series. Ubisoft responded by sending Team Sora a brand new 3D model rendered specially for the game.

For more details on the latest in the Super Smash Bros. series, check out our hands-on with both the Wii U and 3DS versions from E3 earlier this summer. The game will launch for 3DS on Oct. 3 and for Wii U this holiday. 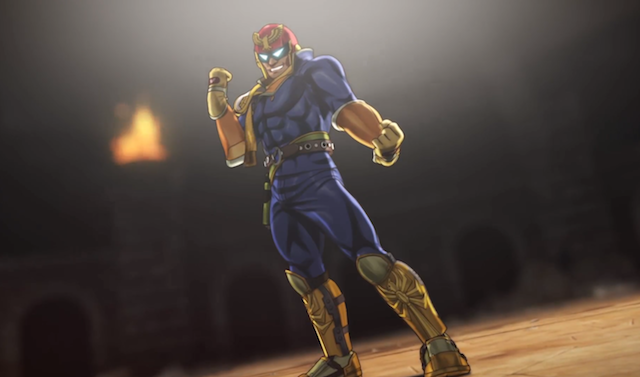 How to level up fast in Splatoon 3

Trombone Champ is even better with a real trombone controller

D&D’s newest push is into classrooms around the world