The dice can kill you: Why first edition AD&D is king

Share All sharing options for: The dice can kill you: Why first edition AD&D is king 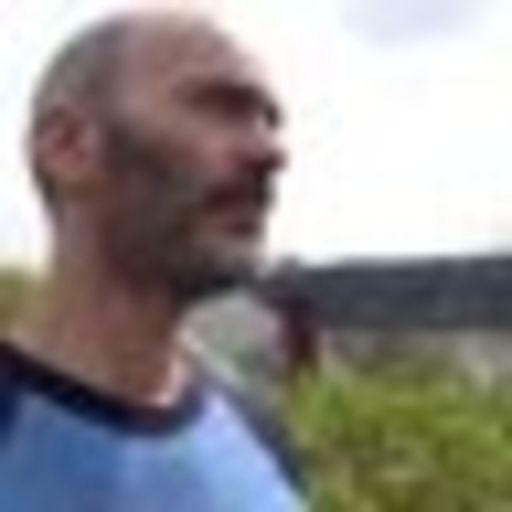 I remember the first time I played AD&D First Edition with a good Dungeon Master.

All the episodes prior to that featured my own poorly plotted adventures in some thinly veiled Lord of the Rings knockoff or a friend’s horrible "Let’s kill you all with pit traps in Tomb of Horrors" power-trip extravaganza. What the fuck, right? We were 14 and we didn’t know any better.

I think I included a blaster from Gamma World because it seemed cool. Then we rolled a bunch of dice and everyone was dead. It was probably one of the worst sessions ever DM'd in the history of humanity. At some point my friend said he had to go do homework just to get away.

I didn’t play again for a long, long time. But there was some part of me that hoped D&D could be better than that, if we could just grow up and get less stupid about our imaginations. There was real magic in Gygax's old Dungeon Master’s Guide, the one with the giant Demon on the cover, the one that I used to sit and pore over in class while I was supposed to be learning algebra or holding forth on the clarity of the New Deal or whatever it was that kids in high school did before mobile phones.

The first DM’s guide was a look into Gygax’s campaign — seeing his influences, what mattered to him and what was interesting. It was the total opposite of the sanitized, system-focused design that came with later editions of D&D and were pioneered, at least in my head, by GURPS, an amazing system in its own right. That kind of grit was the residue of Gygax’s imagination in the game’s systems. It gave First Edition a lot of its texture and wonder. His heroes, his villains, his artifacts.

Admittedly I didn’t know how huge Dave Arneson’s contribution had been to the game — only that there was this world that someone had shared with us. Not just any world, but theirs. It seemed special, like a glimpse inside the chocolate factory, in a way I couldn’t fully articulate and still can’t.

Everyone remembers their first great game

I went to college in South Florida, where cockroaches the size of softballs, daily thunderstorms and oppressive humidity were primary and often horrifying features of the locale. Finding an affordable and air-conditioned activity that didn’t involve drinking Old English 800 to excess seemed like a valid, noble and necessary pursuit.

We talked about role-playing something in the desperate tones that you’d reserve for winning the lottery. We were all imaginative and essentially lazy. So it was never going to happen.

And then one day a friend mentioned that a guy in his American History seminar used to Dungeon Master and was apparently amazing. Don’t ask me how he got this information, he probably made it up hoping we’d go along with it just so he could stop spending his money on cheap, mind-altering substances. This DM had all the game books and maybe he’d be interested. His name was Dave too, and he was going to change our lives.

Dave, we called him "Winters," had an elaborate setup with a fortress built out of DM screens and a million dice and graph paper and, this was crucial, he had notes. Notes! He had planned the entire adventure out beforehand. Imagine that. So then we began character generation.

His name was Dave, and he was going to change our lives

The thing about character generation with AD&D First Edition is that you rolled those dice and you were stuck with your roll. And that randomness of generation in First Edition — not what the player wanted, but what the dice wanted — meant you could potentially have a really shitty character.

In First Edition you had to just live with it. Good, bad or ugly, your attributes were what you were stuck with, and they had a disproportionate impact on how effective your character would be in the game. Now to be fair, you could argue "it’s up to the DM to decide how strict to be", which is true, but this is where I remember it being explicit in the rules and examples of the rulebooks.

When Winters said "you get one roll, because that’s how Gygax would do it," we all blanched and gritted our teeth because players always want what’s best for players and in this case it was high rolls, man! Everyone wants a good character.

One roll. If you don’t qualify for the class? You don’t play it. That’s what I remember, anyway. Built into the system was this ethos we recognize from modern roguelikes. Not everyone played this way, in fact most people didn’t, in the same way that most people never played for ante in Magic: the Gathering.  But if you did, it changed everything about your experience, because suddenly, things were at stake.

It was a lesson — is a lesson — that stuck with me. It’s not a lesson you always want to employ, either — there’s no quicker way to kill player enthusiasm than to wipe them out. But back then, the finality of it all seemed dramatic, and with someone who was willing to not just end the game there but play out the result of a death or failure in the continuing context of an adventure? It was exciting and new.

The rolls were law

I got lucky with the first two rolls, 17 Dex, 17 Strength, so obviously a fighter type. My buddy Drew who was playing a Paladin was so pissed he punched me. Twice. He didn’t want me to be stronger than him.

The next four rolls were awful. I think the final stats looked like 17, 17, 12, 8,  7, 10. That was it. My dude wasn’t the sharpest knife in the drawer, but it didn’t mean I had to play him as a stupid person. He was uneducated, poorly socialised, unattractive. It gave you something to work with and build from. I had to be creative in a different way, because it didn’t give you everything you wanted.

First Edition was hard if you followed the Gygax edict. It meant that there were consequences; you were born a certain way and you had to cope with it. Winters was clear about this — he maintained Gygax’s implicit position in First Edition was you that had to enforce the rules for players so that the game, and the stakes of playing, felt real.

One of the many things that was so great (and so unfair) about is that it was very much grounded in the roll. Even though its systems were a little rickety and the classes unbalanced, it all came down to two basic concepts: the saving throw and the To Hit roll.

Simply put, these were the backbone of most of the mechanics. Do you fall into a pit? Roll a 20 sided die save vs traps. Do you hit that orc wearing platemail? Roll a 14 to hit him. The to hit roll was cross-referenced with your level and class type, so mages pretty much sucked at hitting anything with weapons and fighters pretty much ruled and it was simple but that was how it was.

Everything else, all that crap about skills and proficiencies and storytelling, went out the window when you blew one of those. There were no takebacks, no passes and no maybes. You honored the game.

There were a lot of downsides to this too. The most obvious being if you died you were dead, so hours, tens of hours, of work could go down the toilet with a roll that was out of your hands. But it also meant that you approached every encounter with respect, which was something we’d never seen before and genuinely wanted in our consensual hallucination. It had this tendency to forge a stronger fantasy for the players.

You remembered first time you failed that save vs paralyze and the ghoul got you. Dark Souls came from here; that idea that the strict parameters of the game gave it meaning and had dire consequences. It would end you if you didn’t respect it. There were a lot of other systems out there that were heavily dice-bound, and they were cool, but for me the genius of First Edition came from those two rolls and the character generation.

The balance of complexity and simplicity required you honor the result. It was even in Gygax’s examples with his own characters inside the DM’s. There was a certain rigor that he expected, that the game anticipated, which seemed unlike other systems at the time.

There were other great things about AD&D too, the masochistic appreciation of "low level" gaming, something we have undervalued up until relatively recently in modern games. Those first few levels where you’re struggling to off a goblin and you have one copper to your name and you can’t afford rope ... fun! You don’t always have to make players happy, Gygax seemed to be saying, but you always need to engage them.

It’s late. We had been playing for roughly 28 hours. There are two empty cases of Mountain Dew on the table. I’m so tired I’m beginning to hallucinate goblins. We’ve smoked a carton of cigarettes between four people.  At one point a girlfriend enters the room, coughs with disgust, and swiftly exits. The die rolls continue.

My character sheet looks like an ashtray and I think — although I cannot be sure — that we were playing Queen of the Demonweb Pits. In short, it was the best of times, It was the worst of times.

The entire party except for our mage was literally dead. He was unfortunate enough to be facing Lolth. She was a demigoddess: 95% magic resistance, saves on a 2 or higher, etc. Our guy had exhausted most of his spells except disintegrate, so he casts it, knowing the magic resistance was probably going to stop the spell and he was going to die a horrible death.

Except Winters failed the magic resistance roll first, and then blew the save. Our guy disintegrated the demigoddess. His finger became "the finger that disintegrated a god."

It was awesome, and it was awesome because stories happen when you follow the brutal ethos of the game and Things had a price and a value. Experience felt earned. The game was arbitrary and sometimes random, but this made for more dynamic scenarios.

Modern systems are certainly swinging back in this direction. It’s not like third edition and later didn’t offer the "hardcore" alternatives. The roguelike wave that Dark Souls inspired, in part anyway, is definitely a hearkening back to these early D&D principles, that drama comes out of consequence, and that consequence can come from a roll of the dice.

I guess it’s time to dust off the Player’s Handbook.

David Goldfarb is a game designer and writer. Most recently he was Game Director for Payday 2, a co-op heist RPG made by Overkill Software. Prior to that he was Lead Designer and Writer at DICE for Battlefield 3 and Battlefield Bad Company 2, worked in Amsterdam on Killzone 2 as one of the first designers, and has been in the games industry for over 18 years. He loves Dungeons and Dragons and considers it, along with baseball, to be one of humanity's greatest inventions.