What's the scariest thing in the world? Ask your teenage daughter

Share All sharing options for: What's the scariest thing in the world? Ask your teenage daughter 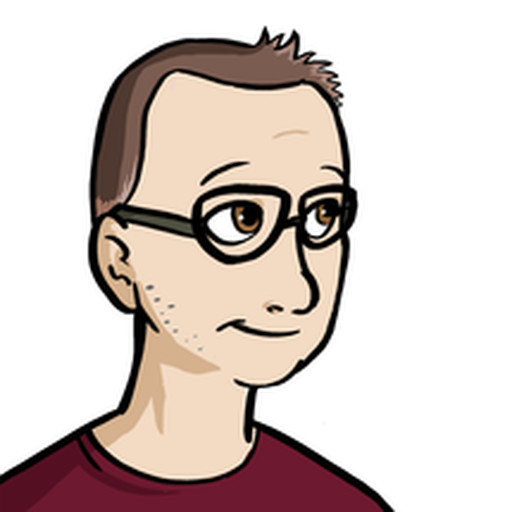 Apparently letting a seventeen year old girl drive alone through dark streets to knock on a stranger’s door is perfectly okay so long as she’s wearing a pizza uniform.

I’d be terrified to do her job, and I tell her so. She puts on a brave smile and says the only time she was scared was when a man answered the door almost naked.

"I wanted to hurl his pizza away and tell him to put some pants on." Alia tells me.

When development is a family business

Conversations about video game ideas have always been a part of our family life. My wife Nicole and I have spent our entire professional lives in the games industry. Our four daughters — Alia, Raven, Kari and Violet — have grown up being a regular part of gaming focus groups and been on the receiving end of countless game pitches. It seemed a natural evolution to finally leave AAA development and form our own indie studio.

Years after my conversation with Alia, I pitch Ninja Pizza Girl to the family as our next project. It’s a quirky but fairly generic action platform game. I see the main character clearly. Her name is Gemma. She’s fifteen, cute and has Alia’s smile.

"There’s only one thing missing," I tell Nicole, "it’s missing a hook."

At the time, I thought she wasn’t properly understanding game design. It turns out that I wasn’t properly understanding the game. Design is a series of answering questions. When you’re building on an established genre, most of those questions have already been answered before and the struggle is finding uniqueness. But when I started asking questions, even fairly basic ones, the answers kept coming back ... different.

I’m pitching my idea for "baddies" to the Disparity Games design think tank. It consists of me, my wife and however many of our daughters happen to be in the room at the time. Raven has her head down, quietly sketching. She’s drawn all her life and our projects are increasingly reliant on her art.

"Okay, I’m imagining that the evil pizza corporation has been making these ninja robots that patrol the rooftops and ..." I stop talking. Everyone is looking bored and avoiding eye contact. I try to salvage my suggestion, "It’s in a kinda’ sci-fi setting so having robots makes sense."

I’m getting a little tetchy with this unreceptive design group. I ask Raven, "So what are teenage girls scared of?"

Raven thinks for a moment. She looks sad. "Other teenagers," she says.

This answer surprises me. I had never considered teenage girls as video game baddies.

"Okay," I answer, "but I’m little worried about our main character going around killing hordes of teenagers."

"But they’re trying to kill her."

Killing things is what games are about. Things try to kill you and you try to kill them. "So what do the enemies do?" I ask.

Raven responds without hesitating. "They make you feel like crap." Nicole nods. I feel like a stranger standing outside a shared secret.

The real fears of young women

More questions to Raven are met with disconcertingly direct answers.

I’m shown a side of her life I hadn’t seen before. A world of loneliness and struggle where insults and exclusion are used to devastating effect. Teenage girls have problems that are for more real, and far scarier, than zombies.

I’m shaken both as a designer and as a parent. Why didn’t I know about this? Why hadn’t I asked?

I watch my easy-to-design generic action platformer fly out the window.

From there on it snowballs. Enemies no longer launch devastating physical attacks — they shove you, trip you, throw garbage at you. They wait for you to screw up and they laugh at you. The scariest baddie in the game is someone with a smart phone who videos your humiliation and makes it public.

You don’t kill the enemies in Ninja Pizza Girl. You can’t even knock them out. Sure, you can bowl them over for a second or two but if you hang around they’ll get right back up again. Running away is just as viable as attacking and sometimes more so. Running fast makes Gemma feel good about herself and feeling good is the most fragile resource in the game.

We realize that we need to represent the player’s emotional state somehow but nothing seems to fit. I’m starting to understand what’s going on in Gemma’s head but we can’t seem to find a way to communicate it.

I’m tucking my third daughter, Kari into bed. "The world," she informs me, "is terrible."

"What about the beach?" Kari loves the beach.

"Cold and sandy," she said.

This goes on for a while. I discover that every one of Kari’s normally favourite things has suddenly developed previously undiscovered downsides. She’s had a tough week at school and is determinedly down in the dumps.

"Sometimes the world is bright and happy and full of awesome stuff," I tell her. "Sometimes it’s grey and crappy. But it’s important to remember that it’s not the world changing, it’s you." I give Kari a kiss on the cheek, feeling terribly proud of my parenting wisdom. She looks unconvinced, but now I know how to make our in-game systems work.

The game tracks Gemma’s emotional state. When she’s running fast and jumping high, she feels good and the world is filled with light and color. When she gets laughed at, her mood darkens and the world darkens with her. If Gemma becomes overwhelmed,  she doesn’t die, but falls to her knees and gives up, drowning in bad thoughts.

Kari comes home from school one day in tears. I ask her what’s wrong and she replies with a complex description of bewildering political machinations involving her now ex-best friend.

"Yep." Nicole says, "This is about when it begins."

I’m shocked again. Kari is eight years old. A year ago she and her friends were running around wearing fairy wings. Nicole tells me she saw it happen to Alia and Raven. Life starts off with co-operative games of make believe until slowly, inevitably, social groups become structured political battlefields. Little girls start learning psychological games at the age of eight and master them by the age of fifteen.

Kari stops crying and starts to look thoughtful. She tells us that her friend left her for someone who makes a lot of jokes. If she can just be funny enough, she decides, everyone will want to be her friend. She dries her tears and eats a banana. She’s bright and optimistic and terribly, sadly wrong.

I realize that Gemma’s not trying to defeat her enemies. She doesn’t even view them as enemies. They’re other kids like her and she never stops trying to win their approval. They’re the cool kids working for pizza Corporations wearing officially sanctioned PizzaCorp merch.

Gemma’s working for her Dad wearing clothes she stitched together herself. It doesn’t matter how fast she moves or how many other ninjas she knocks over, they don’t stop laughing at her. And the harder she tries to impress them, the more they laugh.

What are teenage girls scared of? Other teenagers

Ninja Pizza Girl is a long way from finished but the hardest part is done. I know what we’re making now. I know who Gemma is and where her journey will take her. I’m glad I asked the questions I did, even if I didn’t like the answers. Trying to figure out what young women are scared of or want in a game didn’t take a focus group, it took asking. The most important thing I did was listen. These are things my wife and daughters knew from experience, and took for granted. Having them involved in the development process was crucial.

My generic platformer became something a lot harder to make but now it’s something worth making. Hopefully it will give people some insight into a secret shared world and the battles being fought all around us.

Ninja Pizza Girl is a fast-paced platform game about speed and flow, about big jumps and giant drops and yelling out "Woohoo!" It’s a game of freedom and fun for speed runners and platformer noobs alike. It’s also a game about Gemma, a sixteen-year-old girl trying to keep her dreams alive in face of the most merciless enemies known to any teenage girl – other teenagers. The "fairly generic" game we started with is gone, and getting here only took listening to my family. There is a Kickstarter for the game, but the story of its existence is much more interesting than how we're funding it.

I thought I understood my daughter’s lives but just like my original vision of Gemma, it was more like a cartoon than anything real. The truth might be harder to deal with, but nothing beats seeing your daughter’s smile and realizing fully just how brave it is.

Despite over 15 years of video game experience, Jason Stark still doesn't know what the term "AAA" means and often wonders where all the double A games are. After successfully escaping large-studio game development he now lives on the beach and makes games with his wife and four daughters.