Illustrator, comic creator and Google doodler Sophia Foster-Dimino is selling off the remnants of the zines she created for GamyerX. You can pick up a three-pack for $1 each.

Foster-Dimino, who also created one of the designs for the GaymerX badge, said she whipped up the six-page creations as a sort of icebreaker for last weekend's show.

"Though I make games as a hobby, I'm mostly an illustrator, and I wanted to have these on hand as an icebreaker when meeting new people," she said. "I picked late-90s games as a theme because I wanted to spotlight something lighthearted and nostalgic. There was a lot of extremely important discussion going on at the convention about serious issues in the games industry, but these zines helped me bond with a few people about the fun stuff that got us into games in the first place ... they also spawned a few arguments about the newest Tomb Raider (I have yet to play it so I can't really weigh in). 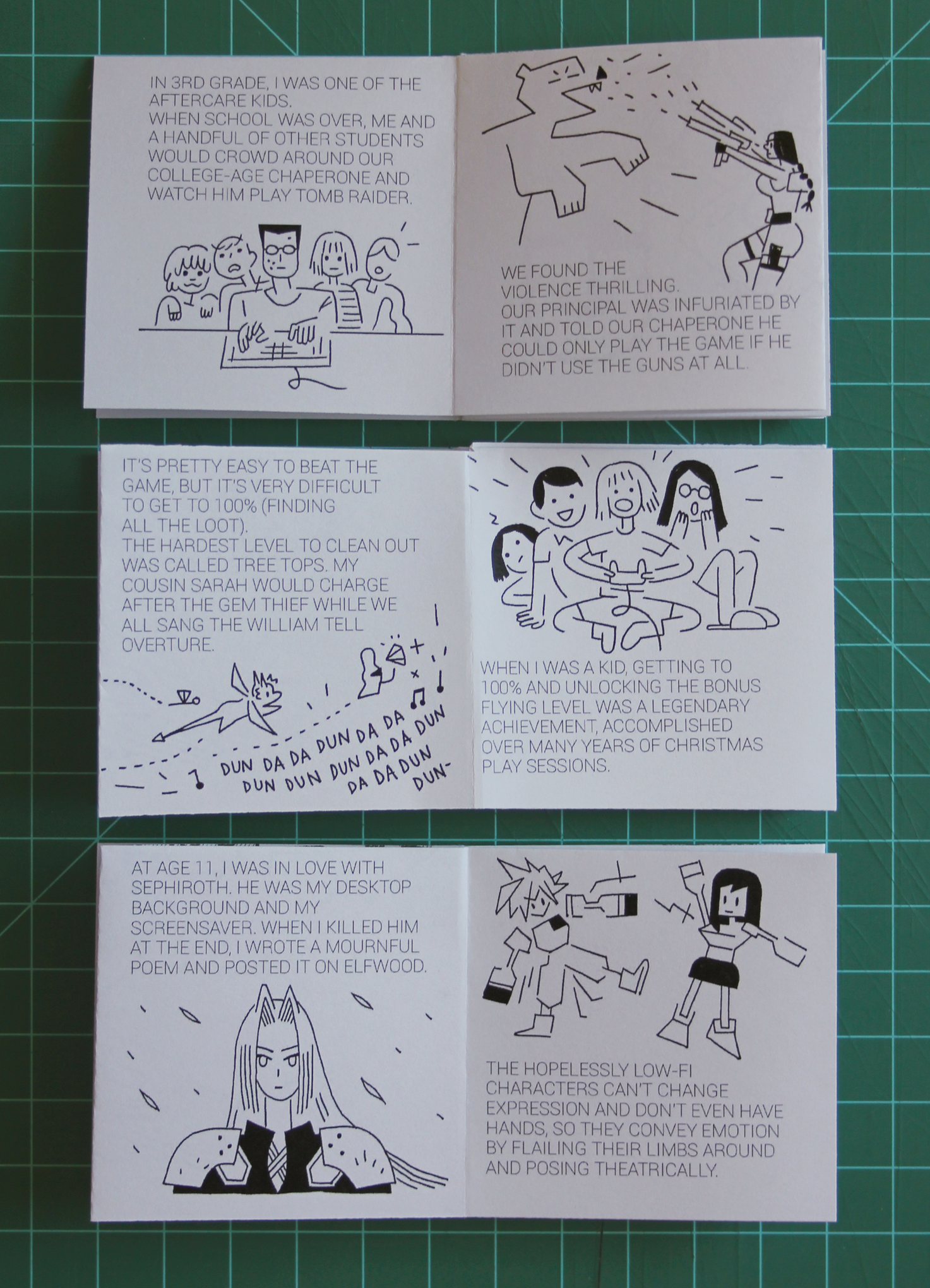 "I would love to see more game devs take a zinelike approach with their games (Anna Anthropy's excellent book is a must-read in my opinion) and share quick, unique, personal impressions instead of going for the jugular with a high-budget extravaganza. I think the zine format would also be great for analog games (like party games or maybe super-simple board/card games)."

Foster-Dimino said she was inspired, in part to create the zines by Alejandro Quan-Madrid and his Lost Levels talk at this year's GDC.

"His 'Letters from Incarcerated Gamers' zine is fantastic," she said.

If you're interested in picking up a three-pack of the six-page zines, just email Foster-Dimino at sheisept (at) gmail dot com. There are about 50 sets left.

You can also check out more of Foster-Dimino's art over on her Tumblr. 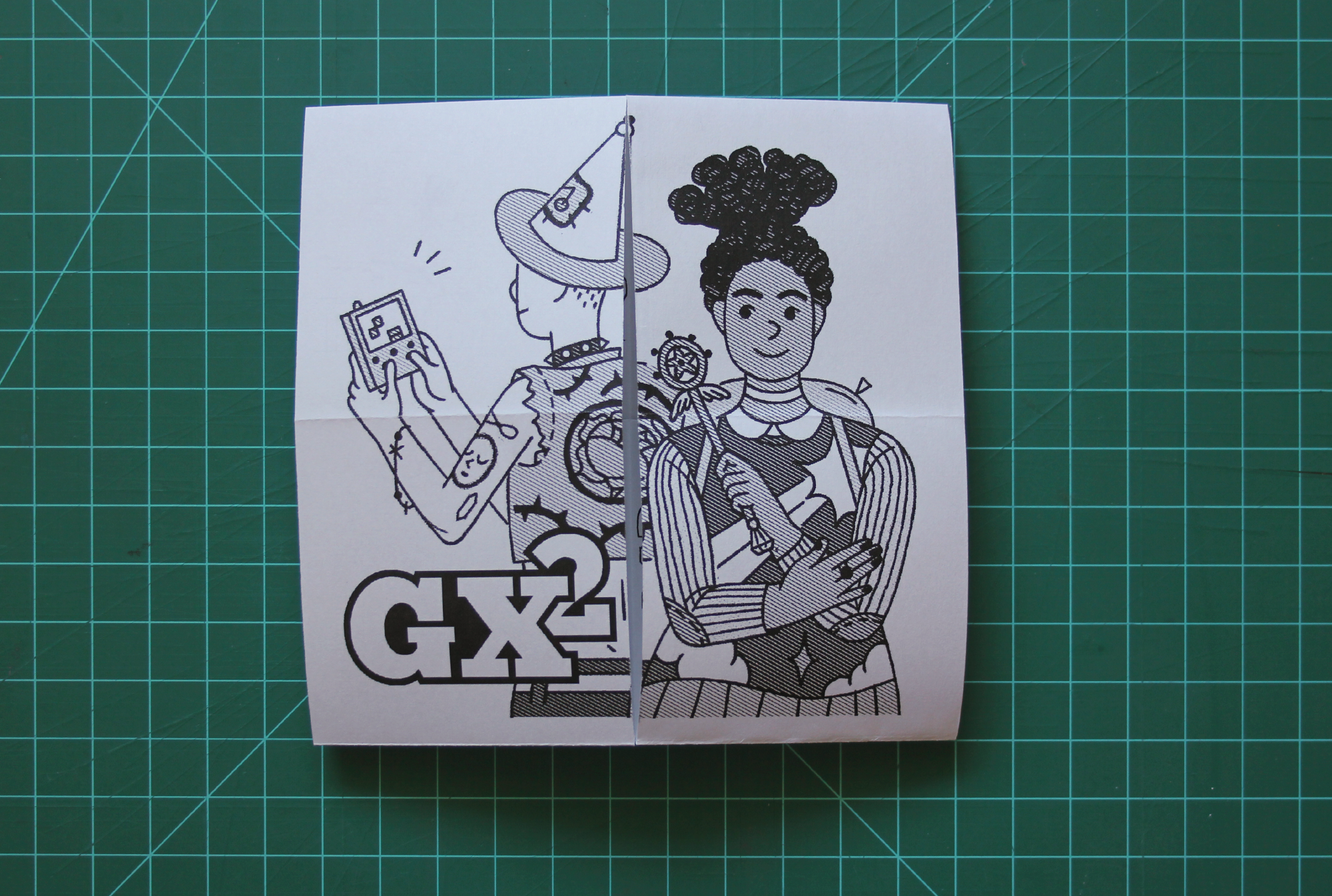