Dark Souls 2 is a fantastic and challenging game, but if there's one complaint I heard repeated over and over from its detractors — the hardcore fans who maintain that the first Dark Souls or even its spiritual predecessor Demon's Souls are better games — it's that it wasn't hard enough.

The Lost Crowns episodic DLC is From Software's chance to address that criticism. And if my time with a preview build of the upcoming first chapter is any indication, boy, it sure seems like they will be addressing it pretty directly.

Titled "Crown of the Sunken King," the first DLC pack for Dark Souls 2 begins in the depths of The Black Gulch, an underground area filled with poison-shooting statues and giant worm monsters. Though you technically warp to the new areas from The Black Gulch, you'll remain underground and a lot of the themes and threats carry over.

"Crown of the Sunken King" consists of three main areas with a few smaller offshoot branches. The first zone — and the one I spent most of my time in — is called Shulva, Sanctum City. This area begins as a cramped cavern but opens up into a massive set of underground ruins begging to be explored.

As I worked my way down a cliff side and toward the crumbling buildings below, I encountered my first enemy: a large, armored figure carrying a giant mace. These sanctum guards show up in a few forms throughout the DLC, and while they might look familiar, they pack a punch. A single heavy swing from a guard's mace while I was blocking drained my stamina completely, leaving me stunned and open to follow-up attacks. And those follow-up attacks killed me just as fast.

Alongside the new enemies, From Software has developed some devious new traps as well. The path through Shulva is lined with strange pillars. When fighting one enemy, I accidentally struck a pillar and realized with a shock that it was reacting to my attack. When hit, the pillars sink into the ground and cause something in the environment to shift.

In the case of that first one, a nearby structure shifted, revealing an archer who immediately began taking potshots at me. That was bad. But I quickly discovered that I could use this to my advantage as well; by hitting the pillar a second time, the structure shifted once more, this time smashing into two enemies standing nearby and hurting them.

Elsewhere in the level, I used the pillars to manipulate platforms, creating paths for me and knocking enemies into the endless chasm below the level — when I avoided falling in myself, anyway. The way that these pillars can be used both to help and harm you made me want to try out all of them, even if that curiosity sometimes got me killed. And I can only imagine what kind of havoc they'll allow for in player-versus-player encounters. They're a brilliant addition to the Souls series' level design.

Beyond the sanctum guards, several other new enemy types were introduced, many of which incorporate status effects like poison and petrify as part of their threats. For example, remember the poison-spewing statues from Black Gulch that I mentioned earlier? "Crown of the Sunken King" includes a new enemy type that is, essentially, a crawling mass of those statues, moving itself to target you whenever you get out of the way. And since this creature is made of stone, normal weapon swings will often bounce right off it. I found myself having to get creative to hit its weak underbelly — swinging low with my weapon or aiming spells at the ground rather than its center mass. I suspect there's a trick to this foe I still haven't figured out.

Also on tap for this area: bugs. Lots of bugs. In this case, giant, creepy, flying bugs that spill weapon- and armor-deteriorating acid when they die. Let's just say I found myself using repair powder a lot in this new area, so be prepared.

My major takeaway from my time with "Crown of the Sunken King" was that the new enemies are not only tough but fast and often hanging around in large numbers. Time and time again, I would enter a room attempting to be slow and cautious and just find myself overwhelmed.

This extends to the bosses as well. The first boss fight I stumbled into in the DLC was against a whole party of adversaries: a large armored knight swinging a huge weapon, a swift rogue-type wielding daggers, and, across the room, an archer shooting me with a massive, powerful bow. Each of these enemies on their own would have been intimidating given their speed and power. Fighting all three together, I found myself falling down dead over and over. 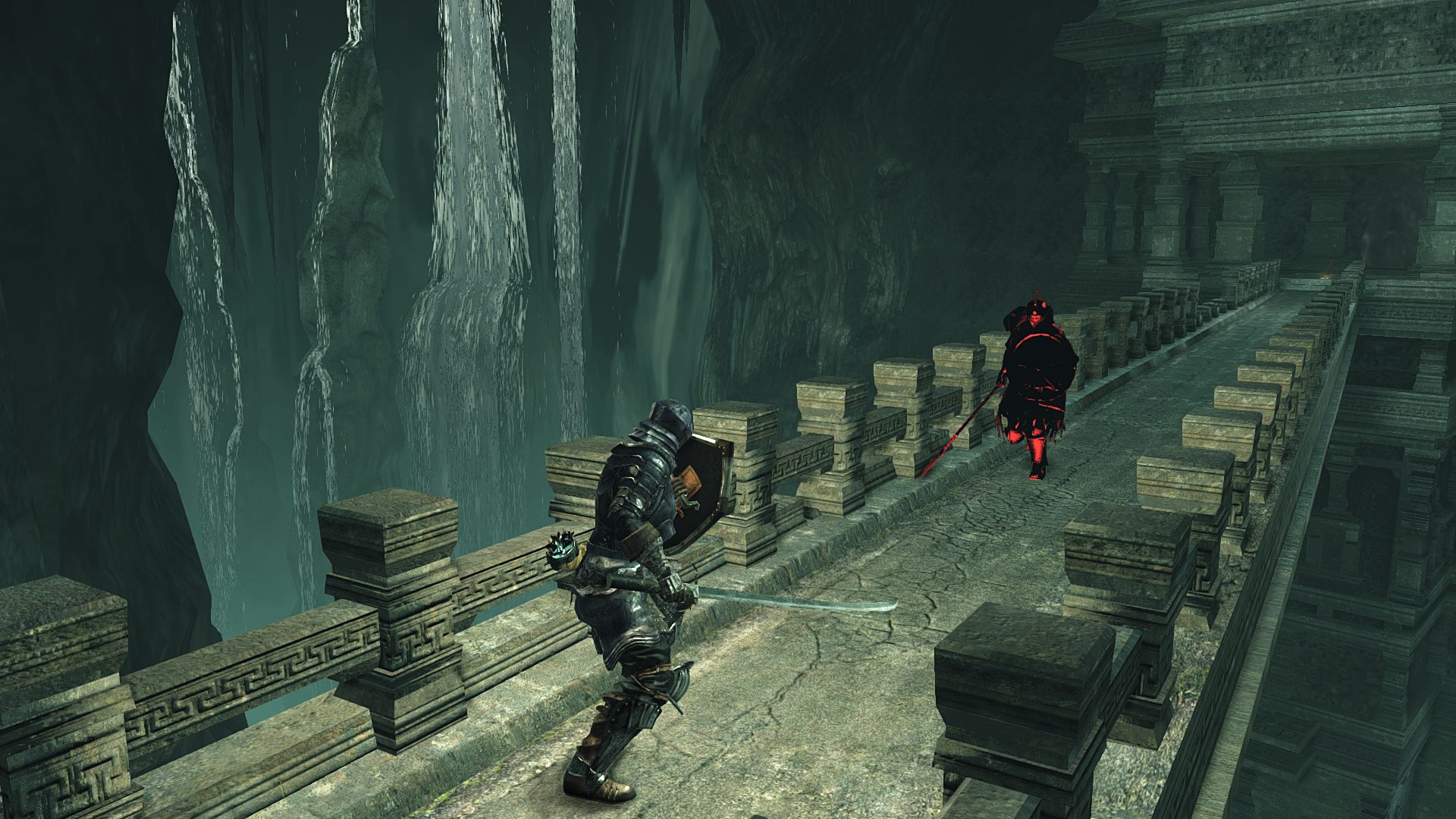 I won't ruin the final boss of "Crown of the Sunken King," but if you're hoping for a less human opponent, you won't be disappointed.

I'm not the best Dark Souls player in the world, and the early preview build of "Crown of the Sunken King" that I played placed me with a build I wasn't familiar with in extra-hard new-game-plus mode. Those circumstances undoubtedly contributed to the sense of difficulty I encountered in the DLC. But even under more comfortable circumstances, I think From Software has created some truly devious challenges and truly exciting new areas to explore. If the other two Lost Crowns episodes continue in that vein, even the haters might see the light.

The "Crown of the Sunken King" DLC for Dark Souls 2 launches next week on July 22. Two more episodes will follow on August 26 and September 24.