The new Thor is a woman: big news from an unexpected source

Share All sharing options for: The new Thor is a woman: big news from an unexpected source

Thor is one of the classic Marvel characters, created by Jack Kirby, Stan Lee and Larry Lieber in 1962. The character was one of the first Avengers, and his standalone films have proven popular at the box office. That's leaving aside the fact that Loki is one of the best film villains to come from the Marvel universe. The character's latest arc was revealed on The View of all places today, and it turns out that, at least in the comics, Thor will be a woman in the near future.

It doesn't appear that the character of Thor as we know him will become a woman, and of course nothing is forever in the world of comics, but with the current Thor losing his status and Mjolnir being wielded by a woman the mantle of Thor will be passed on. This is similar to story arcs in which other characters wore Batman's cowl, even though Bruce Wayne remained a character within the book's mythology.

It's an interesting play, and having such a high-profile announcement take place on the View, complete with backing on social media, is a great thing for comics. Combine this with Batgirl's new outfit and reboot and you have some great recent news for female characters in comics. 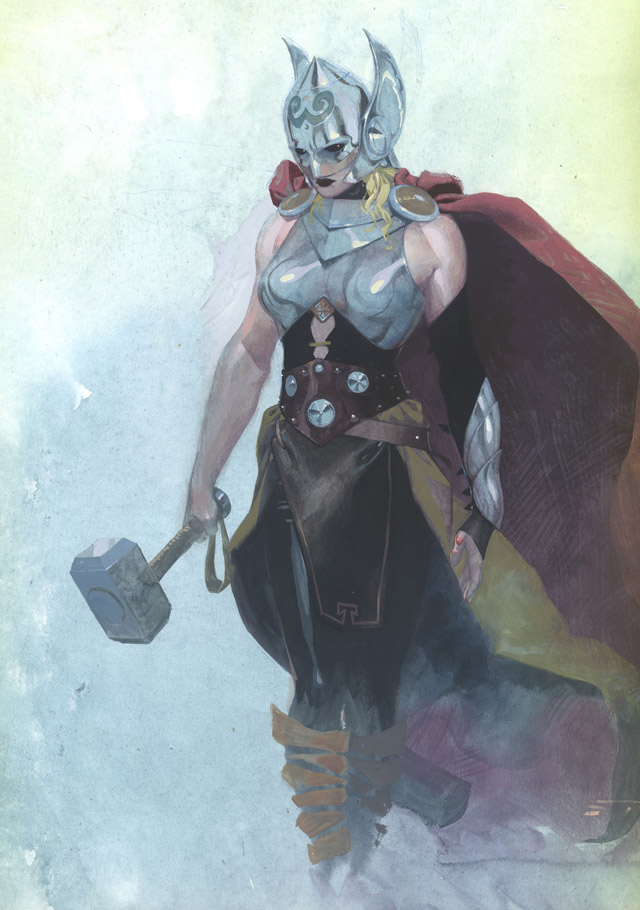