Cry Wolf wraps The Wolf Among Us on a high note.

We're trying something new with episodic reviews on Polygon. What follows of something of a hybrid between recap and review and, as such, should not be read by anybody worried about spoilers. You've been warned.

The trick to enjoying The Wolf Among Us is letting go of expectation.

After completing Cry Wolf, the final episode of this (first? only?) season of Telltale's take on Fables, I was left with a feeling I've become well acquainted with while reviewing this series: Stunned, confused and more than a little delighted.

The first expectation that Cry Wolf turned on its head was that this was a whodunnit, a story of the reformed Big Bad Wolf Bigby finding out who was killing off citizens of Fabletown. Since this secret sub-borough of New York City is home to storybook characters taking refuge in the real world, my suspect list read like the spines on the picture book shelf at Books-A-Million. Was it Bloody Mary? The Jersey Devil? Red Riding Hood's formerly heroic Woodsman? 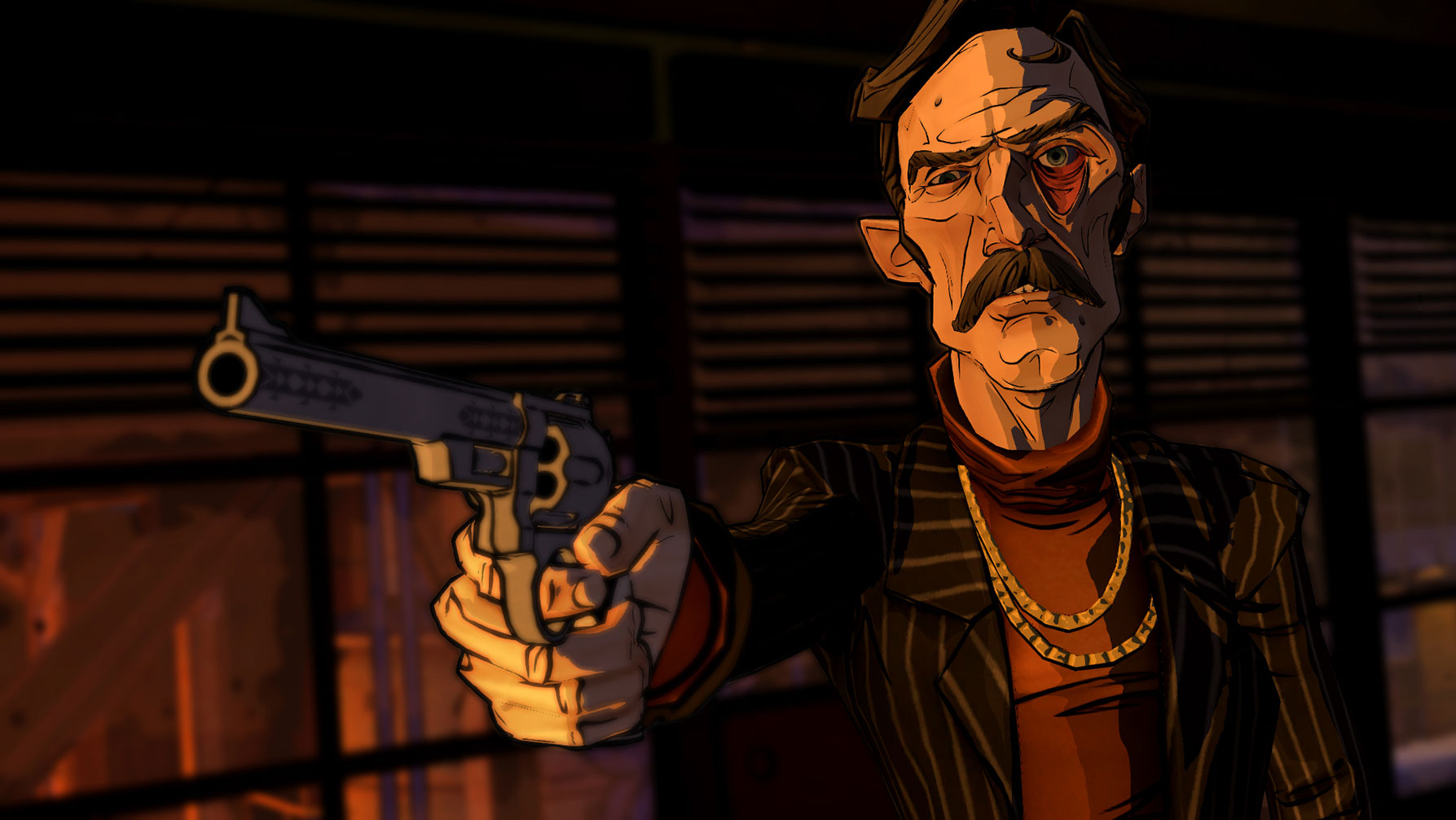 On Episode Four: In Sheep's Clothing

Giving into Bigby's dark side is fun, in a sense, but also a little frustrating. Trying to take the high road is so patently unsatisfying, so devoid of rewards that the emotion I remember most prevalently from my time from Wolf Among Us to this point is guilt. No matter what I tried, it was never enough for anybody and the only way to get through was to pretend I never cared in the first place.

Maybe that's the message Telltale's trying to send with this series, but it's an awfully nihilistic perspective if so.

I didn't have to wait too long for my answer as loan shark and crime kingpin The Crooked Man pointed the finger at one of his henchmen, who, of course, insists he was simply doing his boss' bidding.

Silly me for thinking this series would culminate in me solving a mystery. From the moment it revealed what very much appeared to be the disembodied head of Snow White on the steps of City Hall, this series has defiantly made it clear the player assumes they know where they stand at their own risk.

No, Cry Wolf would play to themes The Wolf Among Us has so deftly toyed with: Is a person bad because of who they are or what they do? Will the perpetrator of a crime shoulder the blame or does some of it lie with the system that make the crime possible? And, most importantly: If a reformed bad guy does enough good, will he ever balance out the scales?

These big questions are occasionally broken up in Cry Wolf by the series' best action set pieces like a thrilling car chase through Fabletown and a climactic, terrifying battle where Bigby finally gets to truly reveal his wild side.

But the bombast is always merely an interlude in the real central battle of The Wolf Among Us: Bigby versus Bigby.

Throughout the series, Bigby has struggled between the vengeful savagery that sometimes seems a necessary response to the brutality of Fabletown and the compassion that the town's sheriff seems to work so hard to cultivate.

Most games force the player to choose between the self-serving allure of violence and a more pious approach that serves the many. The Wolf Among Us subverts that, with Bigby losing just as many friends through kindness as he can gain with tearing out a jugular or two, no matter how wrong it may feel in the moment. 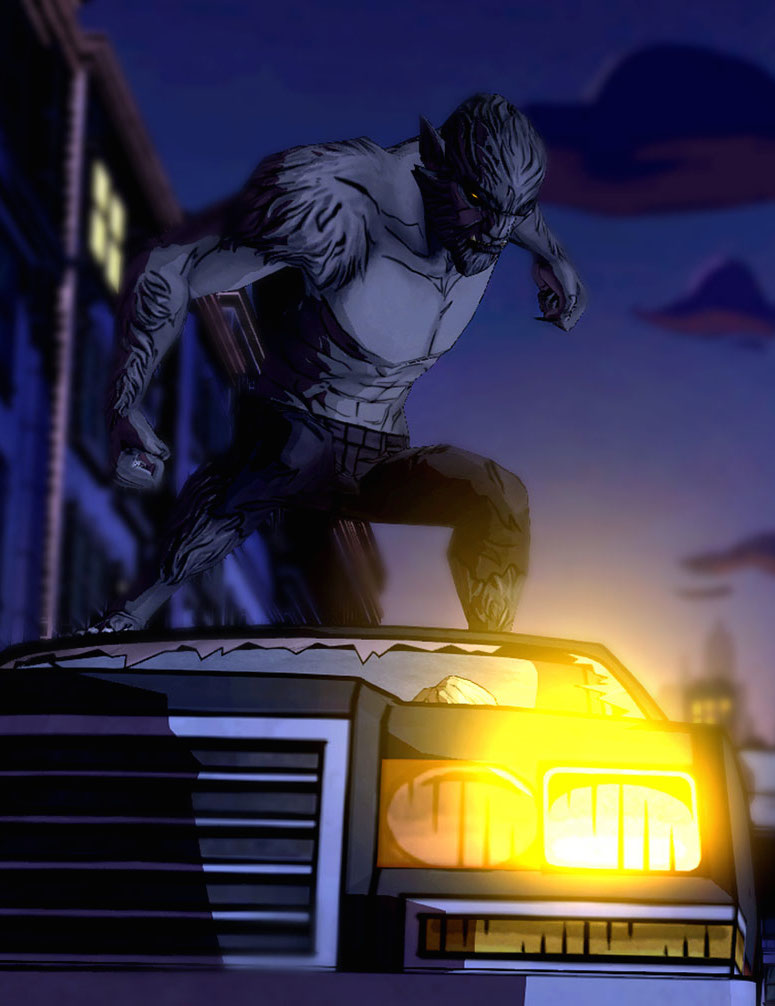 As Georgie observes as the sheriff put the screws to him in Cry Wolf, "It's like I told you, Bigby. Sometimes all your options are shit."

This doesn't always make for a pleasant experience (in fact it was downright painful in the game's fourth episode) but Cry Wolf provides a valuable coda as the Crooked Man's fate is decided in a trial that also delivers something like a verdict on Bigby as well. 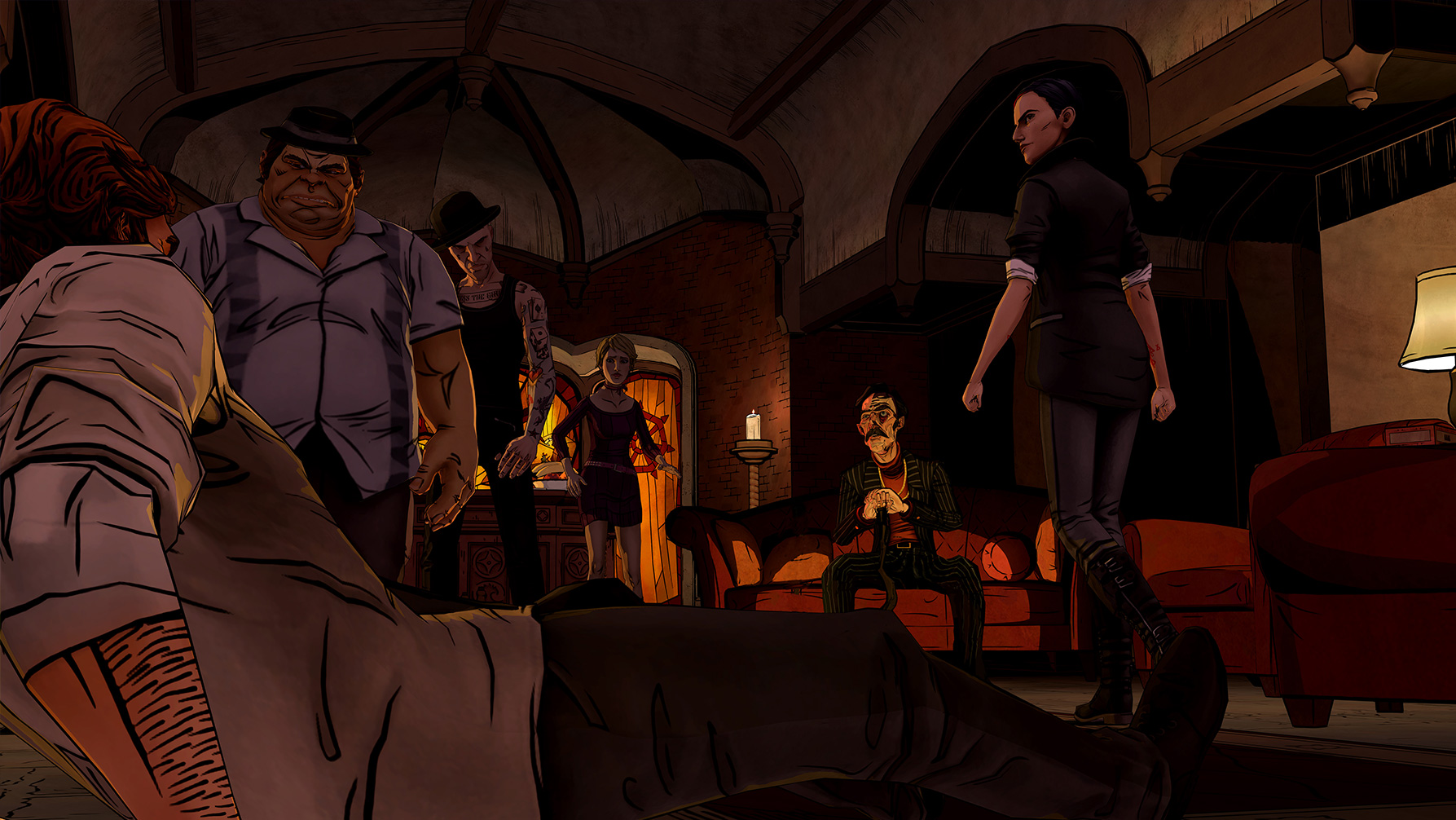 As it turns out, this may have been a whodunnit all along

Some of the choices that I felt great about to that point began to feel awful hollow when seen from the perspective of Fabletown residents. But other fables helped me to soften some of my guilt when they revealed the unexpected impact that Bigby's protection had on them. It's a genuinely moving, occasionally chilling sequence that actually makes the entire season better in retrospect.

With the trial complete, Cry Wolf sprung one last surprise on me that I'm still trying to puzzle out. As it turns out, this may have been a whodunnit all along, and that's all I'll say about one of the most perplexing narrative twists I've experienced.

Cry Wolf wraps The Wolf Among Us on a high note

By the end of the episode, I truly hoped that Telltale was able to continue with The Wolf Among Us, and that's not a sentiment I'm sure I would have been on board with mid-way through the series. This is one of those rarest of entities: A game that doesn't immediately reveal its true nature, instead having the courage to let it slowly unfurl over the course of nine months. Even now that I think I've seen all The Wolf Among Us is capable of, I'm sincerely hopeful that Telltale gets a chance to defy that expectation.

The Wolf Among Us Episode Five was reviewed using an advance Steam code provided by Telltale Games. You can find additional information about Polygon's ethics policy here.