Share All sharing options for: Why Disney Infinity 2.0's Thor isn't a woman ... yet

Today Marvel announced that Thor, god of thunder and one of the publisher's big three heroes, will now be portrayed as a woman.

"This October, Marvel Comics evolves once again in one of the most shocking and exciting changes ever to shake one of the 'big three' of Captain America, Iron Man and Thor," reads the press release. "No longer is the classic Thunder God able to hold the mighty hammer, Mjölnir, and a brand new female hero will emerge worthy of the name Thor."

But despite the change to the official Marvel Universe, the Thor that will show-up in Disney Infinity 2.0 Marvel Super Heroes will remain the classic depiction of the male thunder god.

That's not because the game makers were caught unaware, said Disney Infinity executive producer John Vignocchi. It was a decision driven by what the game's Marvel characters are meant to represent.

"The Thor that we have inside of Infinity is based on the animated series Avengers Assemble," Vignocchi said. "Infinity being a platform that evolves over time, that certainly doesn't rule out the possibility of creating a new version of Thor. Should there be a demand, we'd love to do that."

Disney Infinity is host to quite a few strong female characters, Vignocchi pointed out.

"This week we will be unveiling two more characters, one of which will be female," he said. "Fifty-five percent of our players are male and 45 percent are women."

In working to shape the depictions of the Marvel characters in Disney Infinity, developers worked closely with Marvel to both capture the look and feel of the character and to decide how they should perform in the game. 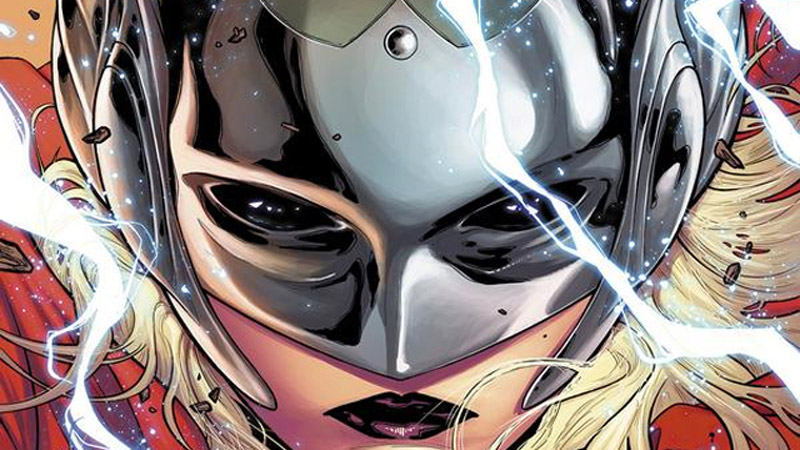 "We were made aware of what Marvel's plans were for Thor," Vignocchi said. "There is a very close collaboration to support Marvel's characters in the ways we'd like to."

In deciding to include Marvel characters in the new Disney Infinity, the developers knew they were taking on both a massive universe replete with characters, but also a universe that rarely stands still.

Characters in the universe are constantly iterating, sometimes with massive changes, sometimes with simple tweaks like a costume change. That's why Disney Infinity 2.0 will include plastic power discs that can be used for quick costume changes for some characters. But for more substantial changes, like the new, female Thor, it would require a completely new physical toy. Something Vignocchi said the company could potentially do.

"We want to stay contemporary with how they're representing their most popular characters," he said.

Vignocchi said that the challenge of keeping up with the ever-changing Marvel Universe is exciting.

"The this is that in the realm of Marvel you have characters evolving and changing constantly," he said. "Our intention is to evolve the game over time too."

And the notion of having two representations of the same character appear in the same game doesn't bother the development team at all.

"You will definitely see characters represented on the platform in multiple ways beyond just a costume change," he said.