The Warner Bros. Interactive-hosted panel will also feature game director Arthur Parsons, producer Phill Ring and several members of the voice class, including Troy Baker. The game will also be shown during the event in its first public hands-on.

An image of Adam West recording dialog next to a portrait of his own Lego Minifigure was released on the official Lego Batman Twitter account earlier today. You can check that out below.

Lego Batman 3: Beyond Gotham is due for release this fall.

The puzzles-and-combat game will be available on Xbox One, Xbox 360, PlayStation 4, PlayStation 3, PS Vita, Wii U, Nintendo 3DS and Windows PC. Like the previous two games in the Lego Batman series, it will star the caped crusader and Robin, although players will also be able to take control of various DC Comics characters from the League of Justice and the Legion of Doom.

You can read more about Lego Batman 3: Beyond Gotham in a full interview. 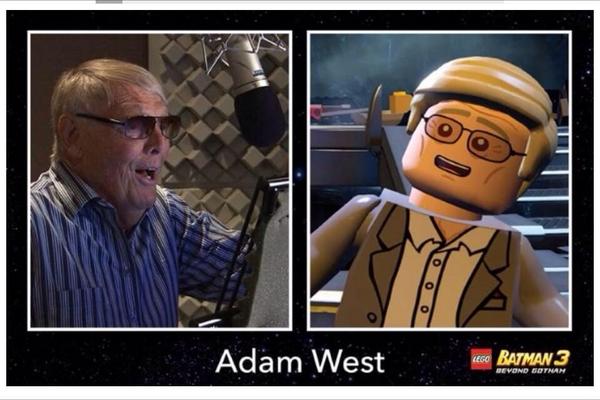