Share All sharing options for: Don't call The Order: 1886 a 'werewolf game'

The Order: 1886 isn't what you'd call a game about fighting werewolves — so don't go writing off the story just yet.

In the game — set to launch on Feb. 20, 2015 exclusively for PlayStation 4 — players take the side of four members of an order of Knights dedicated to combatting the Lycans, a human-wolf half-breed race that can shapeshift between its two forms at will. These creatures, unveiled during E3 earlier this year, are nasty and brutal, quick to move and quicker to kill. Taking them down is a full time job for the Knights, who drink a liquid called Black Water to quickly heal and extend their lifespans.

"When you say 'werewolves' people think they're generally just, you know, dog-like creatures that don't have any intelligence," J Goldberg, community manager at Ready at Dawn told Polygon. "But since they're half-breed, they're half-man and half-wolf, they still have intelligence. That allows them to think and talk. There will be lots of interactions with them."

The science fiction and fantasy market has been flooded with werewolf material following the seeming winding-down of its vampire craze (at least, now that the Twilight films have all been released). There's Bitten and Teen Wolf, for example, and young adult fantasy-romance books are quick on the uptake to include hunky, angsty werewolves in their pages. But The Order: 1886 isn't contributing to this genre — more like, it's trying to spin how the audience looks at it. The Lycans are no heartthrobs, that's for sure.

"This game has been in development for quite some time, the first creative draft was written before the PlayStation 4 was even announced; [the developers] have had this creative idea for a while, and there have been many different attempts at who the enemies should be in the game," Goldberg explained. "We've always had them in there, we've never been like, 'Oh look, they're doing werewolves, and they're doing werewolves, so let's do our own werewolves.' It's more like it just happened this way [with the Lycans].

"It's kind of awesome that it fell out that way because now everyone understands and is into the [werewolf] culture, but on the same point we're trying to separate ourselves from it by calling them Lycans, not full-on werewolves," he added. "These guys have intelligence." 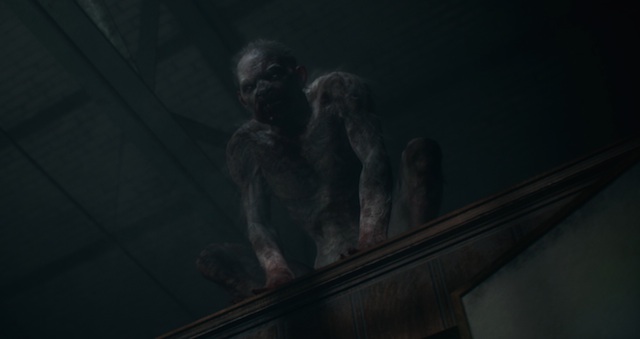 The game's London setting is also less of a romantic choice and most of decision backed by a fascination with history.

"There were some really incredible events that happened in London in the 1880s," Goldberg noted. The poor and unemployed began rioting against the upper class, the British government began taking steps towards curating Ireland's rule of itself, and  a general feeling of unrest settled in the area. It was the perfect place for Ready at Dawn to set up its fantasy war between humans and half-humans, an environment in which so much was going on at once that the Lycans could creep through undetected .... just not by the people hunting them.

During my hands-on time with game, among the game's four main protagonists, lady Isabeau D'Argyll stood out to me. Not because she was a woman, but because she wasn't exactly pushed in my face. Watching her interactions with her three male compatriots felt natural, fluid. Isabeau feels like, for lack of a better way to describe it, "one of the guys," and with no highlight screaming "hey look, there's a girl in our game!" I had to ask about her origins.

Goldberg explained that Isabeau's place in the Knights is based on Igraine, the mother of the legendary King Arthur. Female knights and warriors have always existed throughout history — granted they may not have been as widely known in their times, but they're presence is not an anomaly. Isabeau isn't a woman because Ready at Dawn felt they needed to fill a quota, she's a symbol all on her own.