The Last Dragon: Why one ecologist struggles with video games and extinction

Share All sharing options for: The Last Dragon: Why one ecologist struggles with video games and extinction 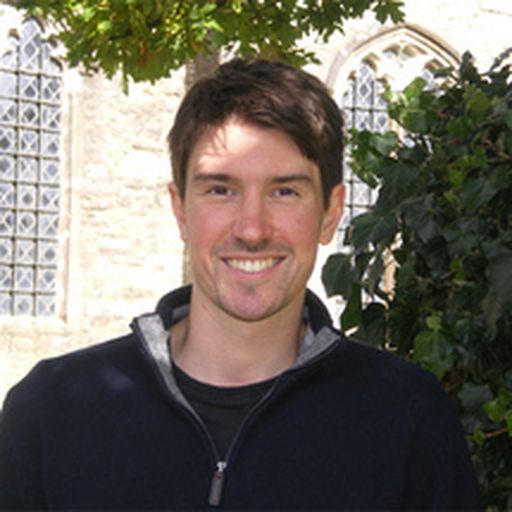 I seethed with anger while watching a dragon being hunted in Dragon Age: Inquisition.

Maybe it’s the lack of context; there’s been no opportunity to explain why this dragon is being hunted in a short walkthrough. Instead we’re being treated to what is essentially a blood sport. Murder for the sake of murder. Wounding an animal for the "pleasure" of maiming.

My discomfort is also due to my profession. I’m an ecologist — my life and career is dedicated to the protection of endangered species across Britain, safeguarding them from the typically irreversible damage caused by human development and expansion.

If someone wants to develop a plot of land or convert an existing building to a new purpose, an ecologist like myself is required to survey the area for protected species first and determine if development will cause damage or needless disturbance to protected or endangered species.

If so, we mitigate, ensuring all steps are taken to keep the animals out of harm’s way, monitor construction during the high-risk phases, and arrange for work to be carried out during the least disruptive times of year for specific species. Dragons in the Dragon Age universe absolutely classify as an endangered species. Less than 40 years prior to the events of Inquisition dragons were believed to be extinct. It’s practically instinct for me to feel this way, but it’s interesting to see that I’m not alone.

Brian Crecente reported on feelings of guilt through engaging in the hunt during Polygon’s preview of the game. The Inquisitor and three party members enter a mother dragon’s territory, slaughter her young, then proceed to hack their way through the dragon’s leg. She collapses, unable to support her weight with a broken and bloodied limb, screaming in agony.

I rarely ever have such powerful and negative reactions to violence in video games. I bet very few people do. Perhaps strangest of all, this emotional response is now the primary reason I want to play this game.

There has been a real drive in video games across the past few years to present more immersive environments. It’s not just the graphical fidelity at which these natural environments are being displayed that’s improving, but also the level of interaction within those environments being offered to players.

Looking at Dragon Age: Inquisition we can see that ring clearly through Bioware’s determination to create a "living" environment, allowing the player’s hunting to affect population levels.

"If you slaughter a dozen ram, the population in the region will start to fall and other creatures will move in" says Mike Laidlaw, creative director of the game. This is a fantastic start at creating an impact on environments, but is it meaningful? That’s the other half of the equation most video games are still missing.

Let’s roll with that idea – what happens if we remove a dozen ram from this environment? Probably nothing too catastrophic. It removes a food source for the region’s predators, or allows room for other herbivores to move in, or a little of both. Things would balance back out, and that’s a nice little touch. But what happens if we slaughter the majority of them? Could we cause a local extinction event? That’s going to lead to a trochaic effect that impacts every other animal, even plants, in the food chain.

The majority of games lack that secondary impact. Sure, we can remove a species from an environment, and I’ll bet plenty of gamers have wiped out the deer from Skyrim’s tundra over and over again, but there’s no impact to the wider ecosystem. Animals respawn, and players are free to once more run amok. There’s a missed opportunity here to present a lasting sense of player impact on the environment.

However, there is one game that has strived to demonstrate this impact more than any other.

Hunting is encouraged in Red Dead Redemption. It makes sense, since this game is set during a time period and location in which hunting is an essential aspect of life. But there is one animal that bucks the video game trend in this title: the American Bison. Players are free to repeat historical mistakes, creating a local extinction event through over-zealous hunting. The bison will never respawn.

By the 1890s this animal was reduced across America to an estimated population of a mere 750 individuals. For many it was an unnecessary bloodsport, intended for pleasure. Hunting this animal in Red Dead Redemption leaves a lasting impact on the player’s game, and for many it was a shock when they finally realized their bison were never going to respawn.

Other players going into the game, knowing about this impact their actions could have, deliberately avoided hunting the herd – the weight of their potential actions creating a heightened sense of responsibility. Moral concerns are raised, whether the players are aware of them or not, and it elevates that level of connection a player has with their environment.

The beauty of this medium lies with its ability to give the player control, to varying extents, over their own experience within each game. I am already able to express my love for nature through various open world video games, such as by refusing to hunt without need in Skyrim.

A preview of Skyrim written by a vegetarian, and his reaction on seeing one of Skyrim’s NPC hunters killing a fox, remains one of my favorite video game articles to this day, simply because it so beautifully highlights how video games allow players to express themselves through their play styles. Even Far Cry 3, a game typically synonymous with animal cruelty, is only cruel if the player makes it so. I delighted in turning my primary focus in that game into one dedicated to rescuing animals.

Cages holding tigers and leopards in opposition camps are designed by the developers to be used by the players aggressively — shooting the lock on a cage door allows a trapped tiger or leopard to run rampant on your enemies before being shot down. Instead, I delighted in clearing these encampments of threats first and then freeing caged animals from a safe distance. I have no doubt I’ll be pulling similar jailbreaks for the elephants of Far Cry 4.

This is why I am so excited about the future of video games. These interactions with our environments not only lead to more immersive games, they lead to a more meaningful game play experience. Whether that be the bison of Red Dead Redemption being seen as a valuable part of the world by many players, if only for their aesthetic value in that game, rather than as a limitless resource for hunting as most animals are presented, or the high dragon in Dragon Age: Inquisition being animated and integrated into its environment so well that I genuinely feel upset at the sight of an imaginary creature in needless pain.

Building these deeper impacts for player actions into video games can only be a good thing. Even if Dragon Age: Inquisition’s "living" environment of repopulating animals isn’t the holy grail I’m looking for in a video game’s portrayal of an interactive ecosystem, it’s still yet another fantastic example of how the medium is striding towards more meaningful measures of interaction, one step at a time. It’s a good sign of a maturing industry when we can witness a dragon hunt of all things and feel a genuine emotional response, whether the developers intended to elicit that response or not.

When we can finally play video games that not only allow us to interact with their environments, but also create lasting impacts through our actions, both positive and negative, then we’ll be achieving the potential that an interactive medium offers.

Sure, many players will still choose to ignore the moral implications of how their actions affect an environment. Some will revel in the opportunity to watch how their deliberately crafted violence can affect these worlds in wider and longer lasting terms. It’s an entertainment experience, not reality, and so there’s nothing wrong with that.

The important part is that video games are starting to raise these moral questions in player’s minds, create these conversations, and ultimately craft not only more immersive worlds for us to delve into, but more personal worlds with how we choose to express ourselves within.

I interact with worlds through their ecology, and games are beginning to reflect that behavior. You may find meaning in other interactions. Video games will hopefully support multiple approaches, and our hobby will grow a little richer.

Steve Stanley is an ecologist based in south-east England. He is passionate about video games, art, and the environment, and is in his element when all three come together.