Share All sharing options for: The only way to keep peace in this Cold War game is to KILL

Just because you're gunning everyone down doesn't mean it's not for the greater good.

CounterSpy, a side-scrolling action game coming to Sony platforms this summer, is all about preventing the apocalypse. Set during the height of the Cold War, players control an agent of C.O.U.N.T.E.R., a nationless spy organization attempting to prevent total nuclear annihilation.

So how do you go about destabilizing unstoppable war machines like the United States and the USSR in the 1960s? Why you steal all their plans, of course.

Structurally CounterSpy doesn't really resemble any other game I've come across. While the gameplay feels like a mix between Prince of Persia and Splinter Cell (with a focus on platforming and cover-based stealth), how those missions tie in with one another is incredibly unique. 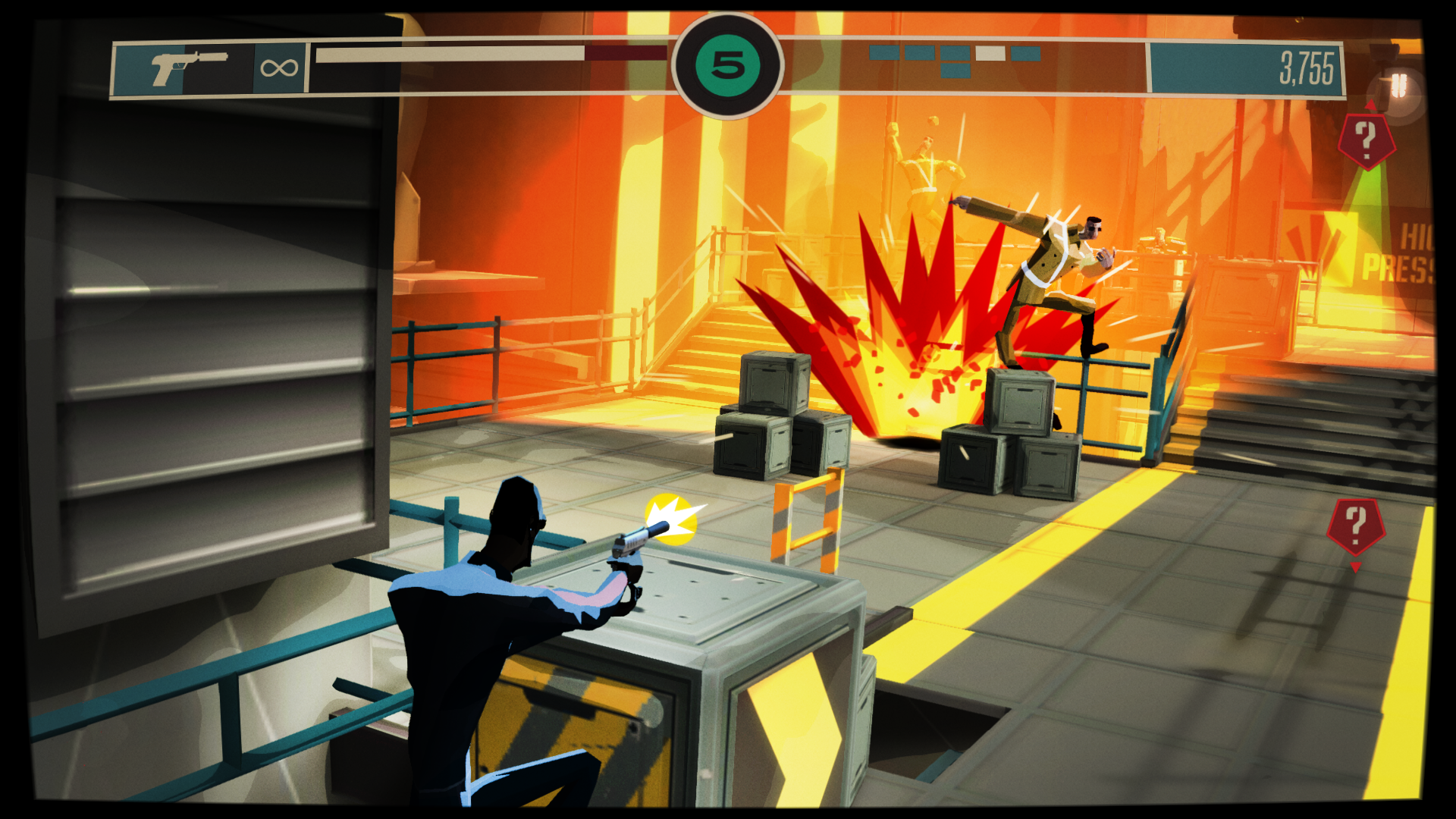 It's all about DEFCON. If you've seen War Games, you'll know that DEFCON is an alert state to indicate how close the US is to all-out war. CounterSpy starts at DEFCON 3, which is definitely on the road to war.

As you go about your side-scrolling missions, getting spotted by cameras or soldiers will slowly increase the DEFCON meter at the top of the screen. Remain silent and sneaky while stealing important documents and the DEFCON will recede.

But that meter is actually tracked for both the US and the USSR. As we all know, if one launches, so does the other, so both are hugely important.

Ironically, it seems there's no way to sneak through a mission, stealing all the documents, without killing, well, just about everyone. But the ends justify the means, right?

It's fair to say that I was awful at preventing World War 3. Across several missions I managed to alert both war-ready nations and push them to the brink. As both nations sit at DEFCON 1, a meter on the mission select screen will indicate how imminent a nuclear launch is.

It's hard to imagine a war game with a better end goal than absolute peace.

Mercifully, there are ways to get things back on track. As you steal valuable intel, you'll earn cash which can be spent on improved gear. A silenced pistol, for example, or a dart gun which will cause enemies to freak out and fight one another. You can also buy perks to make the game a bit easier, decreasing enemy awareness or increasing your damage resistance. In theory, with better gear, you'll be able to make it through more missions without being spotted, thus lowering the DEFCON and saving the entire world.

CounterSpy is actually procedurally generated, so there's no way to memorize a mission, figuring out the possible way through. Instead, missions are built from a series of rooms jammed together at random. Planning and gear can only get you so far, though.

It's hard to imagine a war game with a better end goal than absolute peace. CounterSpy seems to be doing things its own way, and even though you'll have to be pretty violent to make the world a better place, just know that your kids will appreciate the hard work.

CounterSpy is scheduled for release on PS4, PS3 and Vita later this summer, with cross-buy supported.