GaymerX is necessary, but it may not be here next year

Share All sharing options for: GaymerX is necessary, but it may not be here next year

GaymerX is a convention for LGBT gamers, allies and friends, with the aim of making everyone in the community feel welcome and accepted.

It's like any other gaming convention, full of panels, parties, and devs and publishers showing off their games, but with an inclusive focus and run by people from the community.

I spent the weekend attending, and it was a rousing success. The con made a splash on social and drew a large crowd, even though it was competing for mindshare with such massive events as EVO, the DOTA tournament The International and the final game of the world cup.

"I was glad there was that much buzz!" GaymerX president Toni Rocca said. "Last year, we kind of got screwed in regards to press."

Rocca noted that there's been an expansion of coverage concerning issues of representation in mainstream game sites in the last year, and GaymerX grew enormously since the first show in July of last year, with with more members of the industry from highly visible positions headlining the panels, bigger sponsors and increased general awareness. 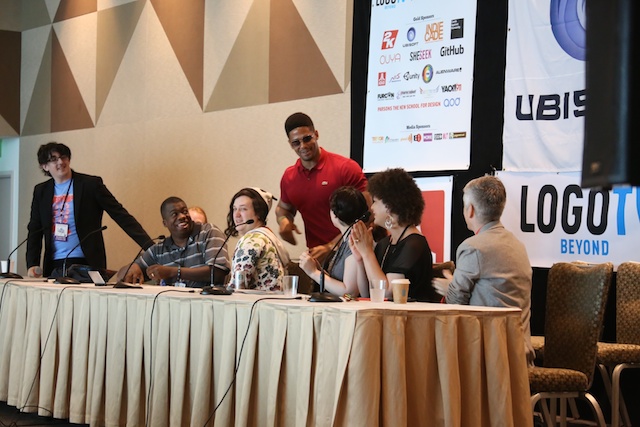 This was my first time at GaymerX, and being there was a revelation. In those halls, surrounded by gender-bending cosplay and frank conversations about personal issues and experiences, I felt completely at home. GaymerX allows a large group of players to feel at ease in ways they may not at events like E3 or PAX, complete with their often large-scale displays of heteronormativity.

It's the the only industry conference at which I have ever felt comfortable showing affection to my girlfriend, despite the fact that we both work in the industry and often attend events together. It was an environment where walking around hand in hand was the most natural thing in the world, and kisses on the cheek were expected.

It may be the last time I get to experience that.

Last spring, on the heels of underwhelming pre-sale numbers and flagging sponsorships, GaymerX CEO Matt Conn announced that this year's convention would be the last.

"When I originally made that announcement, it was really early on in the year," Conn told me.

"This venue is extremely expensive … and we didn't have any corporate sponsors at the time. Almost all of the sponsors — Riot Games, 2K, Ubisoft — they hadn't come on at that time. So, we were really hitting a wall with sponsors, attendance was very low at that time. At least 30-40% of our attendees came in at the last week."

GaymerX exists due to a very small group of people willing to work long hours for free.

As important as it is for me to experience the kind of inclusivity I did at GaymerX, it's infinitely more vital for people who don't have a safe space in which to pursue their hobby. I'm lucky — I live in a tolerant city, where rainbow flags are perennially waving around businesses. I'm also out in my workplace. Not everyone has those things.

GaymerX exists for the queer gamer who isn't out at work. It's for nonbinary people and transfolk and people who want to cosplay in such a way that subverts gender norms. It's for people who don't feel comfortable or safe being themselves in other spaces.

GaymerX is for anyone who just wants a supportive, warm environment

It's for people that make games, or want to, about being queer, being closeted, being out, just being. It's for people who just want a supportive, warm environment in which to play and celebrate games.

I had a friend in town for GaymerX from Kentucky. She remarked about how nice and welcoming it felt to be in San Francisco, with those rainbow flags waving on street corners in every neighborhood. About how good it felt to be in a place that was welcoming.

This idea of a welcoming, open environment in gaming is exactly why GaymerX is so necessary. It's for everyone that feels left out in the rest of the industry. The loss of the show is even harder due to the fact that there is nothing waiting to replace it. 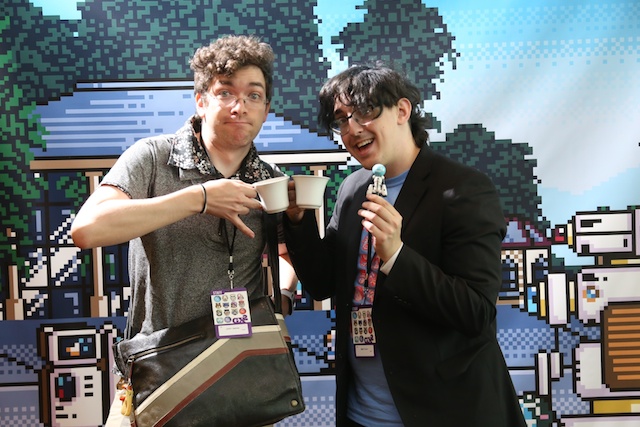 But will this be the last show? "I kind of wanted to keep it vague during opening and closing ceremonies, because I don't want to promise anything. Frankly, I don't know," Conn said.

"I don't want to say, 'yeah, we're done,' because the goal was to break even, and we did," he continued. "So, we definitely want to keep doing stuff like this, but it's also — this was a very emotional time just to get to the point where we could break even. We've spent the last few years doing this without paying ourselves, just really killing ourselves to make it happen."

"We want to keep doing it, but we also want to make sure that we don't rush into doing a third event or something else. We want to do it in a way that's sustainable."